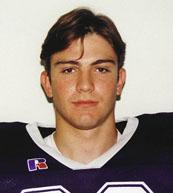 Women’s Cross Country
Valerie Curtis led the Lawrence University women’s cross country team to a perfect score at the Northland Baptist Bible College Invitational on Saturday. Curtis won the women’s race in 19 minutes, 48 seconds, to lead a Lawrence sweep of the top eight places. The Vikings had a perfect score of 15 to win the team title. Northland Baptist was second with 62 points.
Football

Jacques Hacquebord led a solid defensive effort by the Lawrence University football team in a 15-13 loss to Beloit College on Saturday. Hacquebord recorded 10 tackles, including nine unassisted, recovered a fumble, and had an interception, his fourth of the season.

Hacquebord, who leads the Midwest Conference in interceptions, stopped two consecutive Beloit drives in the second quarter. With the Bucs driving, Hacquebord picked off Joe Herfel at the Beloit 36-yard line with 10:44 left in the first half. Ed Williams then fumbled on Beloit’s next possession, and Hacquebord was there to scoop it up at the Beloit 30-yard line. 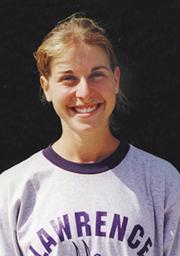