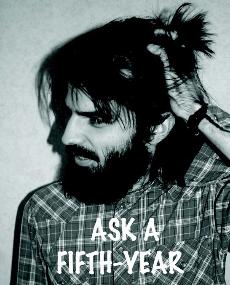 Dear Drew,
A bunch of my weirdo friends are really excited for this trivia thing. What’s wrong with them? Should I get new friends or what?
-Not My Cup of Tea
You’re right about one thing, Tea, that your trivia-geek friends are weirdoes, but so is everyone else on this campus. Even if we ignore how we all look, Lawrentians are notorious for getting excited about absurdly specific things – think research methods for a history major, or quantum physics for those jocks we heard so much about last term – which can be a little confusing for our uninitiated peers. Having an open mind about these kinds of things allows you to get the most out of your college experience.
While I could go on to say how you should go to as many different concerts, sporting events and club meetings as possible, you’re question pertained to trivia, so I’d instead like to reflect on that particular event’s merits.
First, a little background: Lawrence used to hold an event called “encampment weekend,” in which a group of professors and handpicked students retreated to Bjrklunden to discuss important issues. In 1966, James B. deRosset ’66 decided to treat the remainder of campus to a celebration of unimportant issues, and the Great Midwest Trivia Contest was born.
Held annually on the last weekend of January, the contest is webcast over Lawrence’s own radio station, WLFM.net, to both on- and off-campus teams. Questions are read over the air, and teams are allotted three minutes to frantically track down the answer.
I’ve often heard people say that they aren’t interested in trivia because they simply don’t have a mind for trivial knowledge. These people are forgetting the true trivial nature of the questions being asked. Nobody knows which pope inspired the saying “drunk as a Pope” off the top of their head. The fun of the contest lies in finding the answer, not knowing the answer, and in the excitement of trying to do it all in under three minutes.
The answer, by the way, was Benedict XII.
Even if excitement and absurd questions – not to mention genuinely interesting facts – aren’t your thing, the contest’s many “action questions” allow the players’ creative sides to shine. Seemingly simple directives like “make a palindrome” or “prepare for a zombie attack” take on incredible levels of complexity, limited only by the minds of the players.
I’m sure at this point my bias is so overwhelmingly obvious that it might be hard to take my word for it. I love trivia. The manic, exhausting, relentless struggle to attain the most useless bits of information in an attempt to win a piece of garbage and bragging rights strikes me as a perfect microcosm of Lawrence – the fact that those bragging rights are only acknowledged by other nerds is the kicker.
That would probably qualify as a bitter statement if I didn’t love the contest as much as I do. My enthusiasm for those 50 hours is blown up for the other 4,990 of the academic year, so I always find it hard to imagine that anyone who likes Lawrence couldn’t shrink down their enthusiasm in the opposite way.
At its worst, the contest can seem impenetrably cultish, but it’s important to remember that the entire weekend is organized, run, and played – on-campus, anyway – by your peers. Their enthusiasm is equivalent to that of an athlete at a game or a musician at a concert, which really isn’t that weird.
Ultimately, though, the contest is a great excuse to stay up late and do something really silly with your friends, which you were probably going to do anyway. 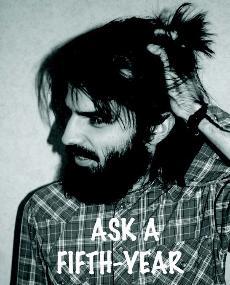