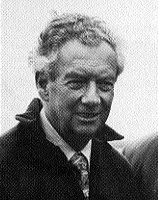 Lawrence University’s choirs will be performing Benjamin Britten’s War Requiem, which is “the major choral, orchestral work of the twentieth century,” according to conductor Rick Bjella, and is a piece that challenges audiences with its message about war. Britten, who was an ardent pacifist, wrote this requiem for the consecration of Coventry Cathedral, which had been destroyed in repeated bombing raids during World War II. Britten, unlike many other British composers of the time, did not seek to stir patriotism or to glorify British soldiers. Rather, he sought to spell out the horrific consequences of war. He also sought to remind his audience of the tremendous importance of reconciliation by writing the piece for three particular soloists, namely, a German baritone, a Russian soprano, and a British tenor.

Britten incorporated several poems from Wilfred Owen, a soldier who wrote poetry amid the conflict of World War I. Owen wrote his poems while in the trenches, and reading his poems stripped readers of whatever notions they had about war being just or glorious. Britten interspersed Owen’s poetry throughout the Latin mass for the dead, creating harsh juxtapositions at times. Owen’s bleak, sometimes caustic outlook clashes with the music of the mass, which is meant to console. Britten sometimes uses the music of the orchestra to call to mind the violence of war about which Owen wrote so much, and that clashes with the music of the mass as well.

Britten uses these harsh juxtapositions to express his revulsion for war. He also uses them to express his disgust with wars’ participants involving organized religion in their slaughter.

Two male soloists sing some of Owen’s poetry as a dialogue. They play the roles of enemy soldiers, who, after dying in combat, meet in the afterlife. During the course of their conversation, one realizes that the other was the soldier who killed him, but bears him no ill will, as all he seeks is rest. Britten uses their dialogue to illustrate the pointlessness of war and the tremendous waste entailed in waging war.

Prof. Hittle of the history department will be giving a talk immediately preceding the requiem. His talk is entitled “Benjamin Britten’s War Requiem: Music for an age of total war,” and he will deliver it at 7:15p.m. Hittle will establish the historical context of the requiem by explaining the links between Coventry Cathedral, total war, Britten, and Owen.

The concert choir, the women’s choir, and chorale will be singing in the requiem, as will two community choirs, the Appleton Lyric Boy Choir and White Heron Chorale. In addition, Mr. Erb of the conservatory will be directing the boys’ choir, and a chamber orchestra will also be performing.

The requiem will be performed on June 2nd at 8:00 p.m. in the chapel. Tickets are available at the Lawrence Box Office (920-832-6749) and cost $10 for adults, $5 for senior citizens and students. Tickets are free for Lawrence students.