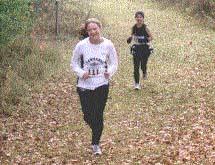 The Vikings continue the second part of their conference season this weekend when they host Beloit Saturday afternoon at 1 p.m. in Alexander Gym.

The Lawrence University Men’s Soccer team appeared headed to tie Wisconsin Lutheran last Sunday. However, they had victory on their minds. They got that victory when Adam Minor put in his fourth goal of the season to give the Vikings a 1-0 win in double overtime.

The win brings the Vikings record up to 3-8-1 on the season. The next game for LU will be Saturday at 1:00 versus Monmouth at home.

Sports Shorts LU Cross Country takes fifth and tenthThe Lawrence University Cross Country teams had a good showing at last week’s Wisconsin Private College Championships. The women’s team finished fifth out of 13 teams and the men finished tenth out of 13. Val Curtis, who finished third overall in a time of 19:30, led the…