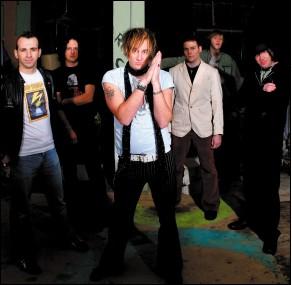 Local bands Boxkar and Hindsight will perform at Lucinda’s Firday evening as part of Mortar Board Week events. The 9 p.m. concert is intended to raise money for literacy programs. Fifty percent of the profits will go to the Fox Valley Literacy Council and the other half will benefit local music literacy programs.
Both bands perform regularly in the Fox Cities area, mostly at clubs and bars. Many college students are unable to attend these concerts because they are not old enough to get in.
Rob Strelow, the student organizer
of Friday’s concert, said, “Our basic idea was to present a night of barroom rock, because a lot of people aren’t of age and can’t go out and hear these bands in the community.”
Both bands generously agreed to play at Lawrence for free, and CDs will be for sale at the show for those interested.
Strelow characterized both bands’ sounds as influenced by classic rock. He also commented that Boxkar tends to have a more electric sound, while Hindsight often uses acoustic instruments.
Boxkar has earned considerable recognition lately, winning several awards from the Wisconsin music industry. Their home venue is the Mill Creek Blues club downtown.
“The whole band has a stage presence all their own,” Strelow said of Boxkar.
Friday’s concert is the culmination of Mortar Board Week, sponsored by the senior honor society Mortar Board. Other events included an information session about the group and readings by professors from their favorite books in the Underground Coffeehouse.
Tickets for the concert – which will also feature a nonalcoholic bar – cost $3 in advance and $5 at the door. Mortar Board members have been tabling at Downer and Lucinda’s at mealtimes for those who wish to buy advance tickets.
Students who attend can be sure that their money will benefit a good cause. Moreover, through this event, Lawrence students can experience local music that may otherwise be inaccessible to them.