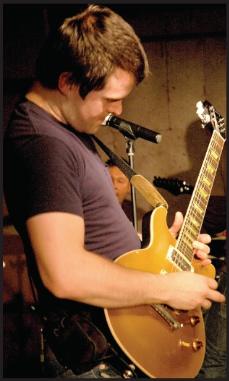 The Response's lead singer Steve Kerwin. Both bands coax an enthusiastic response from the crowd at the coffeehouse Friday night.
Alex Schaaf

The Response’s lead singer Steve Kerwin. Both bands coax an enthusiastic response from the crowd at the coffeehouse Friday night. (Brent Schwert)

One would be hard-pressed to find a higher concentration of energy than in the coffeehouse last Saturday night, as The Response and Inspector Owl reminded the audience of the infectious joy that could be had by a good beat.
Hailing from Milwaukee, The Response opened the show, showcasing their “power pop” form and meandering from punk to pop throughout the set. The band had no trouble getting the crowd going, as they set a high bar of energy for the next band to follow.
Tight vocal harmonies and simple rock-out moments were among the band’s highlights, diversity described by the band’s background.
Each of the four members professes to have a different musical preference, from hip-hop to pop to classic rock to punk. The band had a trademark Milwaukee sound that got the crowd going.
Taking the stage next was Inspector Owl, a group from the outskirts of Chicago. The band was making their return visit to Lawrence, having rocked the coffeehouse back in the fall.
Inspector Owl, self-described as “indie pop dance rock,” successfully rode the line between dance music and actual songwriting Saturday night.
It is a rare band that can get the club walls shaking and the patrons dancing, while at the same time also impressing the indie music snob with its songwriting and musical integrity.
This formula makes Inspector Owl into a tremendous live force. The coffeehouse crowd, including several energetic members of Kappa Kappa Awesome, was not disappointed.
The band has been together for about four years, after lead singer Corey Willis brought the group together into its current lineup. Jesse Fisher holds down the drums and background vocals, Bobby Lord plays bass, Ben Grigg manipulates the synths and plays a killer trumpet, and Kara Eubanks, the only classically trained musician of the bunch, gives the band their unique sound with her violin work.
Inspector Owl released its latest EP “Life Finds a Way” in late March of this year. According to Wills the six songs took “about a year to record,” and features an energetic group of songs that the band selected from for their coffeehouse performance.
After visiting Lawrence last fall, the group still remembers the post-show party. “Our performance at the Greenfire house last year was one that still sticks out in our minds,” said Willis. “It was one of the most fun shows we’ve done, and that’s what we love, just having fun.”
The band played at Greenfire again this year.
Inspector Owl travels back to Illinois this summer for various shows in and around Chicago. If the gods are feeling generous, Inspector Owl will return to Lawrence next year for a show not to be missed. 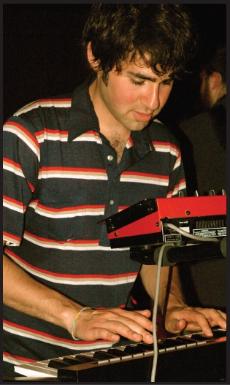 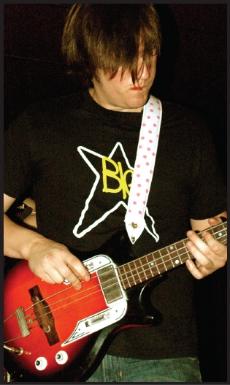 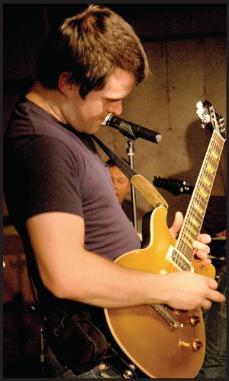 The Response’s lead singer Steve Kerwin. Both bands coax an enthusiastic response from the crowd at the coffeehouse Friday night. 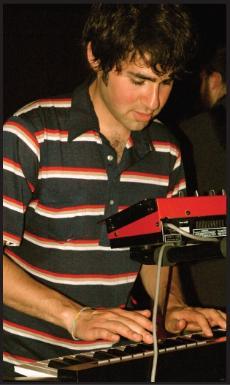 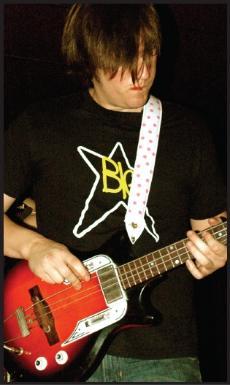