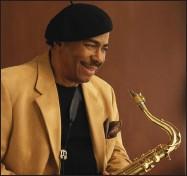 Benny Golson will collaborate with both the faculty jazz trio and LUJE in concert Feb. 17
Elena Amesbury

Benny Golson will collaborate with both the faculty jazz trio and LUJE in concert Feb. 17 (courtesy of Ibbob Music, Inc.)

The next continuation of Lawrence’s Jazz Series will feature tenor saxophonist Benny Golson, performing Friday, Feb. 17 in Memorial Chapel. Golson will be accompanied by the Lawrence University Jazz Ensemble and the Lawrence Jazz Trio.
Born in Philadelphia, Penn. in 1929, Golson has contributed much to the jazz world. He is known especially for his jazz standards, and for being the only living jazz artist to have written eight. He has played in the bands of such jazz legends as Benny Goodman, Lionel Hampton, Earl Bostic, Art Blakey and Dizzy Gillespie, and has arranged and composed music for other artists including Miles Davis and John Coltrane. Also a composer for advertisements, TV shows and films, he wrote the score for M*A*S*H and an Ore-Ida frozen potatoes commercial, among other well-known programs. He appeared as himself in 2004 in Steven Spielberg’s “The Terminal” with Tom Hanks.
Described by LUJE director Fred Sturm as “the most articulate jazz artist I’ve ever met,” Golson first came to Lawrence in 1990 as part of that year’s Jazz Celebration Weekend. He has been honored for his innovative work highly and frequently, including being named a National Endowments for the Arts Jazz Master in 1996. It is through the NEA Jazz Masters on Tour program, in collaboration with Arts Midwest, that he comes to Lawrence.
The Lawrence Jazz Trio consists
of Lee Tomboulian on piano, Mark Urness on bass and Dane Richeson on drums, and will back up Golson during the first half of the concert on tunes chosen by Golson on the spot. On the second
half, Golson will feature as a soloist with LUJE, playing arrangements
of his own songs. Three LUJE members – Jeff Ostroski, Doug Detrick and Jacob Thomas – have arranged pieces that will be performed
that night. Their arrangements
of “Terminal 1,” “Caribbean Drifting,” and “Touch Me Lightly” were created from jazz lead sheets – scripted melodies and chords – of these songs, which appear on Golson’s new album, “Terminal 1.” Sturm explained, “The students are preparing a set of scores and parts to be given to Benny as a gift with hopes that he will perform the arrangements again in the future with other ensembles.” He added, “This is another glowing example of the unique real-world experiences
that Lawrence provides.”
Tickets for the performance are $8-9 for members of the Lawrence community, $15-17 for students, $17-19 for seniors, $20-22 for adults, and are available at the Lawrence box office or from the Lawrence Web site.