Romance According to Patrick 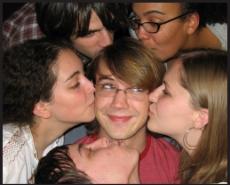 Dear Patrick,
I’ve got a problem. I’m feeling ignored – I haven’t seen my romantic advice columnist lately. Every time I call him to see if he wants to get together, he makes up some lame excuse and blows me off. What can I do to win back his affections?-The Lawrentian

Lawrentian, that can be a tough one. This is one of the all-too-common problems with relationships: we develop all sorts of expectations and there come times when, for one reason or another or another, we fall short of these expectations. And that’s justifiably upsetting, but not earth shattering.
What I’m saying is don’t throw in the towel just yet. What is that, a boxing reference? I don’t even understand boxing. “Take it on the chin” is a boxing phrase that I like to use a lot too. Thankfully, if I use it in this column it would mean something totally different. Same deal with “below the belt.”
You’re going to have to ask your columnist straight up if there’s something wrong, but I’d be hesitant to point to the time spent apart as evidence of such a thing. There’s a pretty real chance that he’s just as frustrated with this as you are. Everyone’s busy on this campus, even the philosophy majors, which is counterintuitive. Sometimes our time isn’t our own and we have little choice but to roll with the punches. Hey there’s another one.
If you want to lure him over to spend more quality time with him, I’d suggest picking out a bad action movie, getting a pair of Jimmy John’s sandwiches and cutting them in half (best of both worlds) and think of some exciting and hilarious new questions for him to answer. 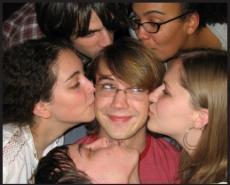