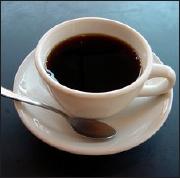 At first, the image of young, nubile women with barely-there tops and short skirts surrounding you might sound like some sort of utopia (if you’re a dude or you lean that way). But I can tell you, reader, this place is no utopia. It is indeed Korea. And when you realize the whole fantasy-turned-reality of scantily clad women is a sales technique, and not only that it is used to sell everything from cell phones to instant coffee, it loses its perverted sheen. It fact it gets annoying pretty quickly.
Love it or leave it, Korea has perfected capitalism. People sell everything anywhere here. From the ubiquitous short-skirted girls, who are often accompanied by bad techno music, to the guys who literally walk up and down the subway cars all day selling $2 trinkets, to the old ladies selling fresh vegetables and squid on the side of the street, there’s not much you can’t buy here.
Now I’m usually pretty accepting of free will and its excesses, but the over-the-top salesmanship and just plain selling of everything everywhere here is grating on the soul. Imagine going to the grocery store and every 10 square feet someone aggressively attempts to sell you something in their area. When you go to a grocery store in the U.S. you see stockers and their supervisors, and they’re usually helpful when you’re looking for something. In Korea, someone, in an albeit polite but exceedingly loud tone, requests you buy whatever she is selling (it’s always a woman for some reason, unless we’re talking about meat). I’m still not sure if they’re employed by the grocery store itself or hired by the a they’re hawking. Either way, a large grocery store probably has 50-100 people more than a comparably- sized grocery store back home whose sole function is to push a certain product.
It’s not all bad though. Imagine this happening in the U.S.: Someone dressed as a large bottle of alcohol walks up to you on the street and offers to play Rock, Paper, Scissors for a smallish sized bottle of booze (in Korea it’s soju) containing about three or four shots. The best thing is the nightmarishly sized thing keeps throwing “paper” so all you have to do is throw “scissors” (whispered voice: it wants you to win.). Evidently they think they can make money this way. All they’re doing though is getting 16-year-old kids (and me) drunk.
In the U.S. the relevant authorities would be on the scene before you could twist off the cap. But in Korea, capitalism reigns supreme and, well, it’s a good thing the liquor’s strong because it can be a bit much for a sensitive soul. 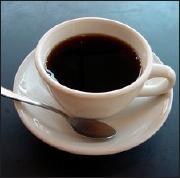