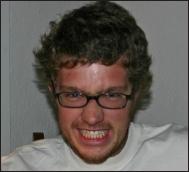 For the sake of politeness, I’ll get this out of the way early: I hope everyone had a Merry and a Happy and quality time was spent with loved ones. Too often sportswriters and politicians fail to take the time to wish people well, so let me be the first: I wish the people well.
And if you believed that, I have a bridge to sell you.
All niceties aside, let’s talk college football. Bowl season is winding down, and as I write this Notre Dame is trying to show the country there’s still quality football coming out of South Bend. There was a deafening silence from Ann Arbor as Michigan proved they didn’t deserve to play for the title any more than Florida (or USC, for that matter).
Badger fans finally got their due, beating the explosive Darren McFadden and his Razorbacks in a game seemingly played by high school quarterbacks. And, oh yeah, there was Boise State.
For those of you who didn’t catch the Fiesta Bowl, the Oh-My-Gosh-Did-You-See-That Bowl, the Do-They-Really-Play-In-The-WAC? Bowl, I would summarize – but then you can just catch it again on ESPN Classic every day for the next decade. It was that good.
The media coverage of the game has been ample, and rightfully so: Boise State were heavy underdogs playing an Oklahoma team just two years removed from playing for the national title. It was only the second BCS won by a team from a non-BCS conference (the first being the Urban Meyer-led Utah Utes rolling all over Pitt in ’04). And, of course, the game itself was tied, tied again, and won in perhaps the greatest three-play sequence in college football history.
What the media has been ignoring, perhaps because it was lost in the theatrics and romance (Boise State RB Ian Johnson proposed to his cheerleader girlfriend on live TV after the game) or perhaps because major media is afraid to talk about it is this: It was almost a Boise blowout.
You see, the Broncos were up 28-10 with 8:05 in the third. It took a furious Oklahoma comeback – helped greatly by Jared Zabranskys gift of an interception right into the arms of Oklahoma CB Marcus Walker – to even make the game competitive.
Indeed, Boise did incredibly well at the end of the game to win it, but it almost wasn’t close. Not only did BSU prove that they were better than Oklahoma on that night and in that stadium, for 28 minutes they proved that they were much better.
So what does this mean? Is it now obvious that the NCAA has to look into a playoff system? After all, not only did Boise State prove that they could win every game in a season, they had quality wins as well: five of their regular season wins came against teams whom themselves won bowl games.
The truth is, Boise’s strength of schedule didn’t merit them consideration to play the mighty Buckeyes. And that’s the problem with the current system: There are no loopholes that allow a team that has proved themselves with their record as well as when it counts in big bowl games to gat a shot at the title.
For the state of Idaho, and for sports fans nationwide, the BCS has got to sit down and figure something out. Maybe all teams who emerge from their bowl games with a perfect record should be put into a final bracket. Or maybe a playoff does need to be considered.
The one thing I do know is this: For 28 minutes in Glendale, Arizona, Boise State was the best team in college football. Buckeyes disagree? Gators disagree? Trojans disagree? Heck, Badgers disagree? Settle it on the field. 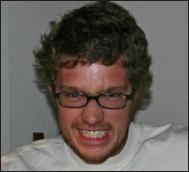