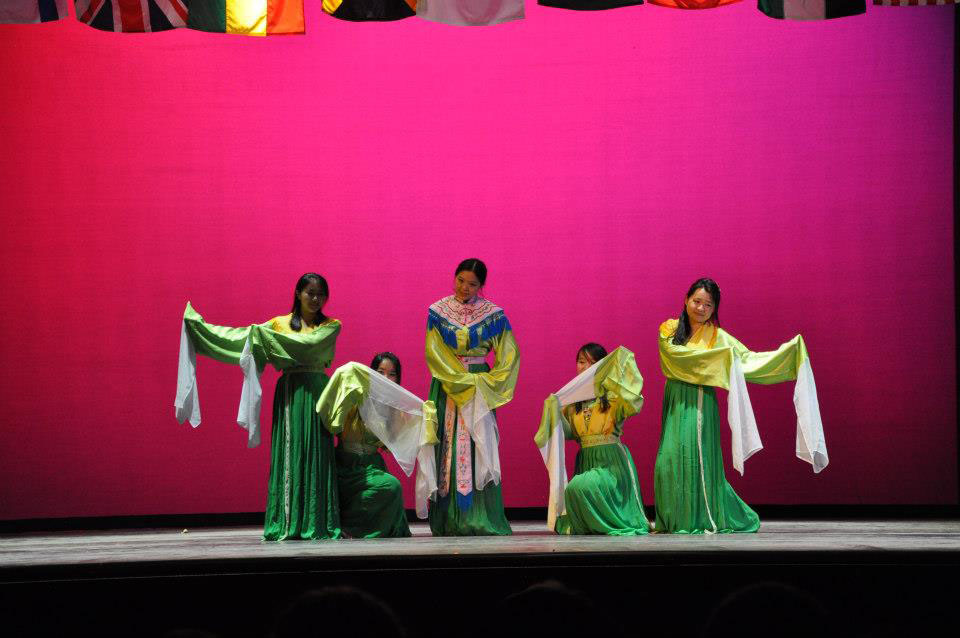 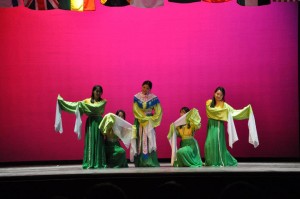 This past Saturday, April 20, and Sunday, April 21, over 120 international and domestic students gathered to perform a unique show featuring 18 acts from more than 14 cultures represented by the Lawrence International community. The annual International Cabaret is always a huge hit. This year’s performances, which featured the theme “Uncover Secrets of the World,” were no exception, filling the Stansbury Theatre on both nights. The event, which is sponsored by Lawrence International (LI), is a celebration of the diversity of our international students.

Sharing that diversity with the Lawrence campus and greater Appleton community has always been a part of the Cabaret experience. Junior Vicky Jhong-Chung is the president of LI, and she said of the event theme, “We use the word ‘secrets’ to refer to the essence of each culture. We wanted to give those who come to Cabaret those details or secrets of many cultures around the world.”

Cabaret opened as it has for the past several years: with an intense performance by the Sambistas, a Brazilian drum ensemble. This was quickly followed by the “Goldfinger”-inspired introduction of this year’s emcees, seniors Vishvesh Subramanian and Andrew Kraemer, who kept the crowd entertained between performances.

The performances ranged in size from more than 50 students to a solo performance and included dancing, singing and playing instruments. A Bollywood dance, a traditional Chinese dance, and a modern Latin dance were amongst the staple performances that returned this year. There were also several new additions to this year’s line-up, including a Pakistani dance, a Brazilian song and a Balinese dance to gamelan music. The finale was a surprise rendition of PSY’s “Gangnam Style,” which started out with a small group of students and then grew as the entire cast joined the performers on stage.

Junior Shannon Strombom said that Cabaret is one of her favorite Lawrence performances.

“I lived in Japan for the last five years,” Strombom said, referring to the years before she came to Lawrence, “and while I love all of the acts, the Japanese traditional dance was especially fun to watch.”

Freshman Santiago Alvarez, Puerto Rican by way of Peru, said, “I don’t really think much about being an international student, it isn’t something I consider a huge part of my identity, but it was cool to go to the Cabaret and be able to celebrate my heritage for a little while.”

“My favorite part of Cabaret is on the stage,” Jhong-Chung said. “I love how amazing it feels to share your culture to other people, giving the audience a little bit of where you come from. I also love how close students become during rehearsal time. No matter where we are from, international or domestic, we really enjoyed working together.”

When asked what she hoped people took away from the performance, Jhong-Chung said, “The main goal of Cabaret is to gather people to celebrate the diversity of the world. I hope people understood that the world is beautifully diverse and we are all just one.”

This past Saturday, April 20, and Sunday, April 21, over 120 international and domestic students gathered to perform a unique show featuring 18 acts from more than 14 cultures represented by the Lawrence International community. The annual International Cabaret is always a huge hit. This year’s performances, which featured the theme “Uncover Secrets of the…