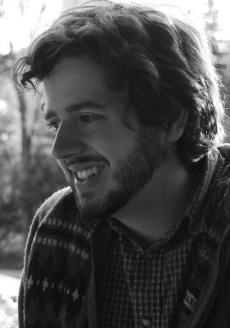 Tim Phelan’s not the type of guy to draw attention to himself, but throughout his five years at Lawrence he’s been thoroughly immersed in, and an important part of, the Lawrence music scene.
A super-senior majoring in trombone performance, Phelan was in the Lawrence Symphony Orchestra for two years, the Lawrence University Jazz Ensemble (LUJE) for three years, and the Lawrence University Wind Ensemble for four years.
Phelan was also a member of the Union Street Brass Band, which memorably crashed campus life’s Mardi Gras event several years ago, and plays in the Liam O’Brien Family Band.
Phelan has also been a Trivia Master for three years, famously, or perhaps infamously, hosting Trombone Hour with Nathan Lane.
Phelan got his start playing trombone in his hometown of Bettendorf, IA.
Says Phelan, “My dad had a trombone around from when he’d played for a year in sixth grade… plus my brother played trombone and since he was older I pretty much wanted to do whatever he did.”
Upon coming to Lawrence, Phelan switched to bass trombone, which he’d already gotten a taste of playing in the Bix Biederbecke Youth Memorial Jazz Band in high school.
When Phelan’s not playing the trombone, though, you – and probably most people in a 20-mile radius – can very clearly hear him playing his didjeridu. Trombone professor Nick Keelan made the instruments for his students out of a piece of PVC pipe for the visit of esteemed trombonist and didjeridu player Stuart Dempster.
Phelan cites playing with Dempster, Dean Pertl and a few other students in the racquetball court as his best musical experience this year.
Phelan tells us that learning the didjeridu was easy to pick up, just like when he taught himself to throat sing on a six-hour car trip this summer – a skill that can take people years to learn. But that’s typical Tim Phelan, modestly exceeding expectations and taking you by surprise.
If you want to experience his dashing good looks, easy charm and, of course, his musicianship for yourself, you still have a few chances before he graduates.
Phelan will be playing Fred Sturm’s commissioned piece “Migrations” with LUJE in the Feb. 19 Bobby McFerrin concert. Phelan describes the piece as traditional music of more than a dozen different cultures and peoples brought together into a jazz context.
But that concert is sold out, and if you weren’t lucky enough to grab tickets, you can still catch him at his senior recital April 16, where he’ll be playing works including pieces by Piazzola and a transcription for bass trombone of Mahler’s “Songs of a Wayfarer.”
Until then, keep your ears open for the dulcet tones of his PVC pipe didjeridu and maybe he’ll even throat sing for you. 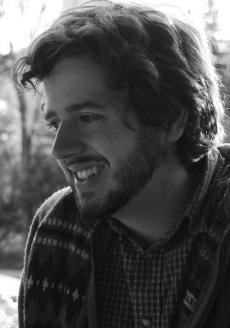