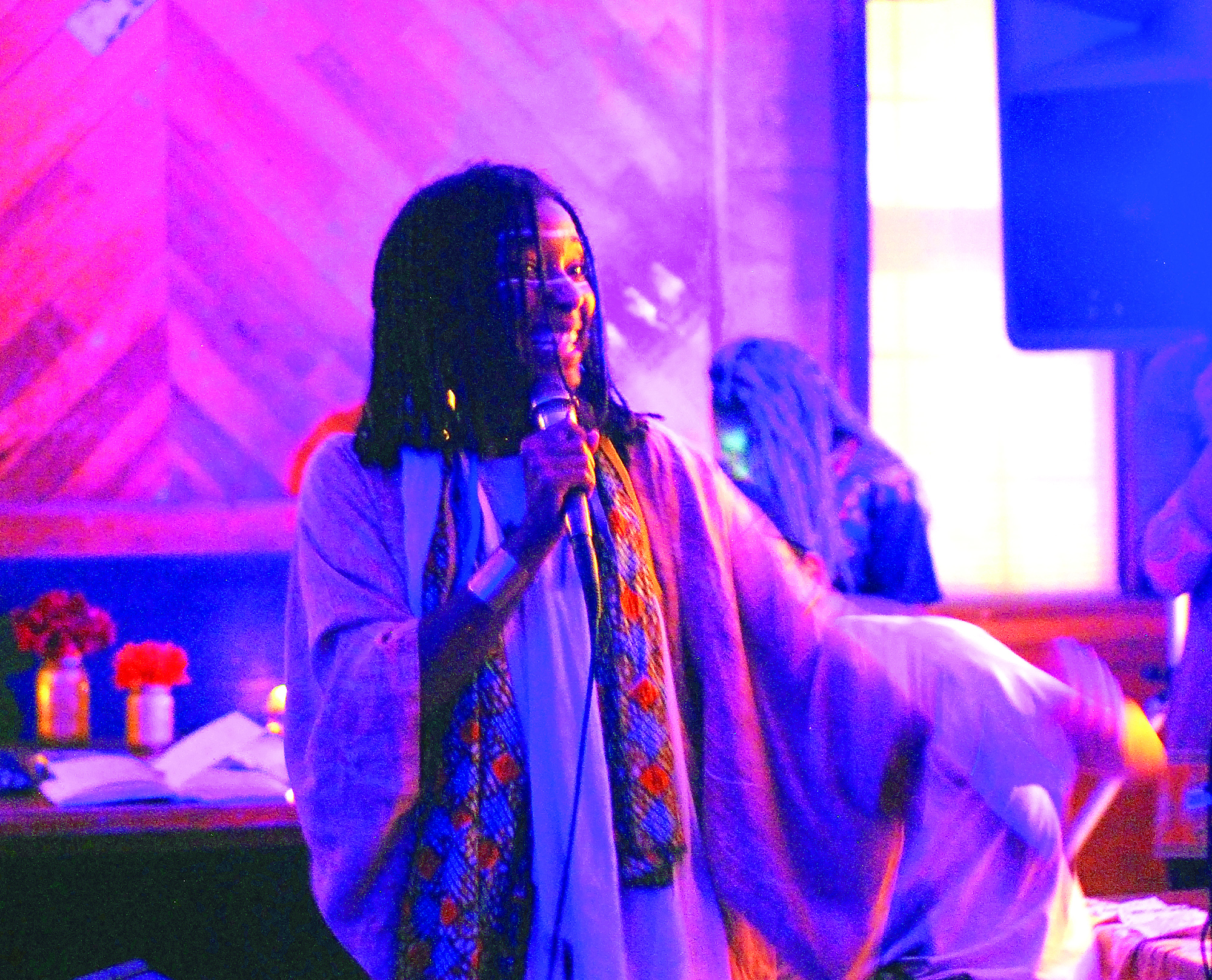 Taylor’s visit to Lawrence was a collaboration between Art House, Downer Feminist Council (DFC), Sankofa, All Is One! Empowering Young Women of Color (AIO) and Multicultural Affairs.

The idea to bring Taylor to Lawrence originated after senior Margaret McNeal saw Taylor playing with a band in New Orleans this past summer as part of New Orleans’ White Linen Night festival.

“There were a lot of different bands playing in the street, and I didn’t really stop until I saw [Taylor’s] band,” said McNeal. She thought of several groups at Lawrence who might be interested in co-presenting an artist like Taylor, citing Taylor’s “empowering, without being overly simplified,” music.

Taylor performed after student group Solstice and Toronto rapper Crossword at Sankofa Open Sessions, and was initially challenged by problems with the sound system. However, when the mic crackled and cut out, Taylor performed her music acapella until the problem was resolved.

“Despite [problems] in the first half, it seems like every person came for the whole thing,” said McNeal, speaking to the captivating power of Taylor’s music. The music is described on Taylor’s website as “hovering somewhere between the collective essence of Ms. Lauryn Hill, Sun Ra, Fela Kuti and the unknown.”

Before concluding her set, Taylor invited the members of Solstice back to the stage to join her in performing her last song of the evening.

The following day, Taylor spoke at 2 p.m. in the living room of Art House. She and her bandmates were joined by about 17 students for a discussion that was Taylor’s idea, explained McNeal.

Taylor, who attended Occidental College in Los Angeles, spoke about the challenges of being a busy college student. She led participants through a series of meditation exercises focused on breathing as well as identifying and avoiding negative thoughts.

“Breathe for the first five minutes of every day, before you go into the world,” advised Taylor, recommending that individuals pay attention to their own body and breath before engaging their mind in the many activities of the day.

Taylor also discussed why she refuses to put her music up for sale on iTunes, stressing “three cents a song” is not enough for an artist—independent musicians, insisted Taylor, must collectively refuse to accept such a small amount of profit, and should instead use independent platforms, such as Bandcamp, to sell their music.

Finally, Taylor discussed her background in education. She describes how she grew up having multiple passions that she wanted to pursue, “saying [she] would be a [fashion icon], a teacher and a singer” when people asked what she wanted to be when she grew up, and was often told to “pick one.” Taylor taught elementary and middle school before becoming a full-time musician, explaining “this way [she] can do all three” and teach to an even wider audience than she could in the classroom.

She concluded by explaining that, no matter what kind of audience or venue her band performed in, whether to a large turnout in a concert hall or to “seven people in a basement,” they always try to give it their all.

“[Taylor] and her band didn’t know what to expect, but they [said they] felt overwhelmingly welcomed by campus,” remarked McNeal.

Approximately 70 students swayed in the basement of Sankofa House on Wednesday, Oct. 21 to visiting artist Ms. Charm Taylor’s esoteric melodies. Taylor’s visit to Lawrence was a collaboration between Art House, Downer Feminist Council (DFC), Sankofa, All Is One! Empowering Young Women of Color (AIO) and Multicultural Affairs. The idea to bring Taylor to…