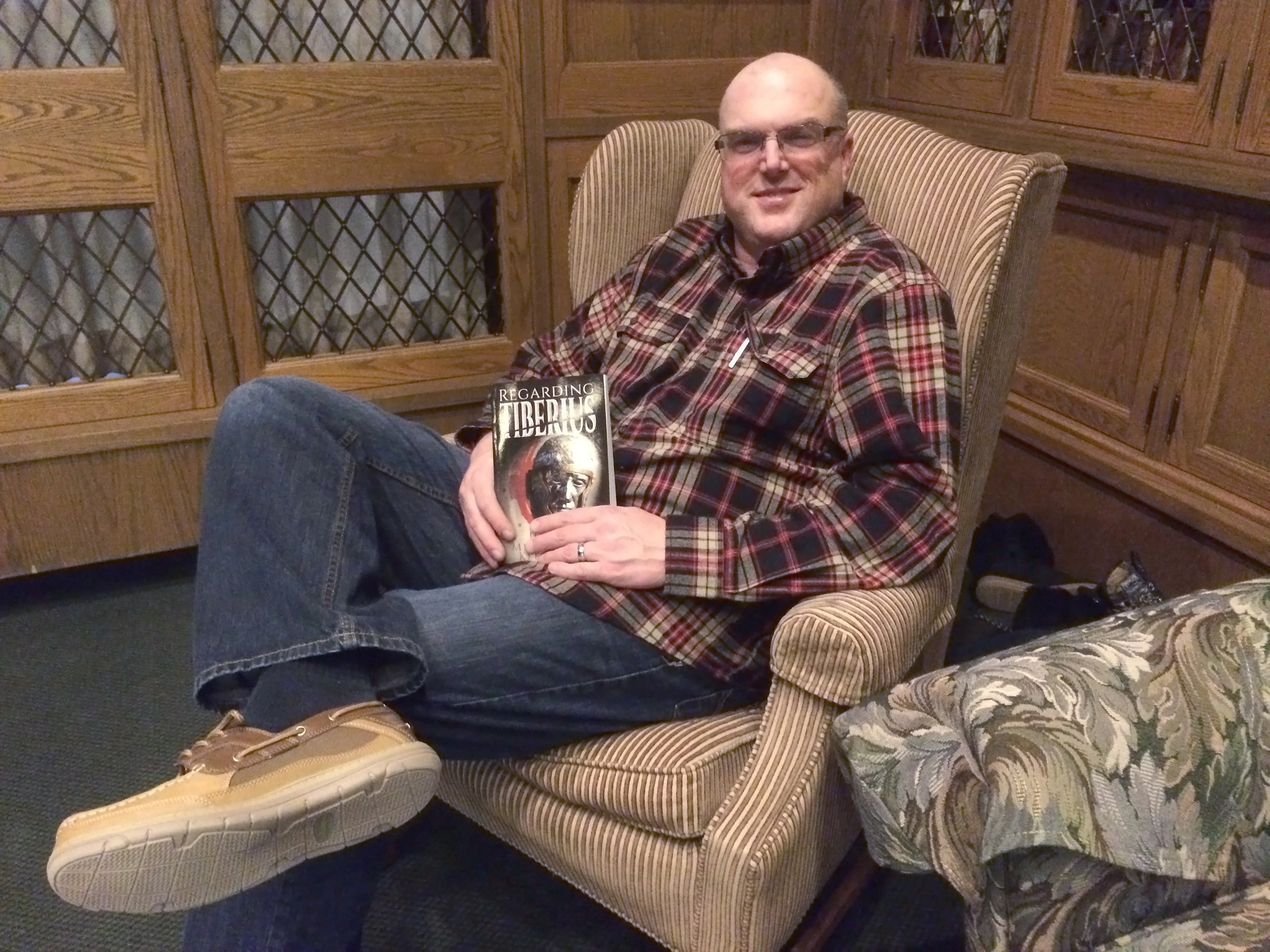 On Thursday, Jan. 21, author, alumnus and Lawrence University Campus Safety Officer Bartholomew Boge ‘95 discussed his novel “Regarding Tiberius,” a work of historical fiction that takes place in ancient Rome and explores the question of redemption.

Boge’s editor Rae Haeberle opened the talk by describing his book as “annoyingly thought-provoking” and characterizing his writing style as that of “a friendly neighborhood drug dealer.” According to Haeberle, Boge dishes out just enough to keep the readers hooked.

Boge never intended for the project to become a novel, but actually began writing it as a narrative for a progressive rock album his band was recording. After many tweaks, the song became a stage play, then a screenplay, a novella and finally, a 600-page behemoth. “I was completely out of control—it was like paleontology, I was unearthing the story,” Boge said in his talk.

Haeberle was stunned at how perfectly his descriptions of Pompeii matched her personal experience. When asked if he had visited, Boge responded that he had never been there.

This posed a challenge to Boge, who conducted an extensive amount of research in the hopes of creating an accurate historical fiction narrative. Boge highlighted this challenge, describing his writing process as “writing one page, then spending 45 minutes doing research to see if it was remotely plausible, and then throwing it away.” Despite this exhaustive process, he enjoyed the historical insights that often spurred new ideas.

In response to a question about what kind of Lawrence student would enjoy this book, Boge said there is a little something for everyone. History is the most obvious discipline, while religious studies students would appreciate the intersection of the pagan Greek gods, Judaism and Christianity. The main character also sees visions of the dead, and psychology majors might enjoy questioning whether she is seeing the future or repressed traumatic memories. He is also pleased to give English majors another book to “ingest, analyze and critique.”

What motivates Boge is the thrill of creating something out of absolutely nothing. He has found people’s reactions to the book the most fulfilling responses he could imagine as an artist.

At the end of his talk, Boge addressed students, stating “If you’re an artist, you need no encouragement—it’s already in you and you cannot be dissuaded from it.” As a Campus Safety Officer, he would also like to remind students to “not cook ramen without water, please.”

The support of the Lawrence staff has been immense—Staff purchased 20 percent of the books sold and one woman even bought 12 as stocking stuffers for Christmas. Sophomore Bill Schumann-Kline said that he was very happy Lawrence students were able to come out and support him. Junior Brett Barnard, who is currently writing something he hopes will eventually be published, found his talk very relatable.

Boge says that as long as his muse, an over-the-road trucker in Wausau County, is on speed dial, he is open to writing another book. At the present moment, he has a firm idea for a sequel as well as a tenuous thought for the third book.

On Thursday, Jan. 21, author, alumnus and Lawrence University Campus Safety Officer Bartholomew Boge ‘95 discussed his novel “Regarding Tiberius,” a work of historical fiction that takes place in ancient Rome and explores the question of redemption. Boge’s editor Rae Haeberle opened the talk by describing his book as “annoyingly thought-provoking” and characterizing his writing…