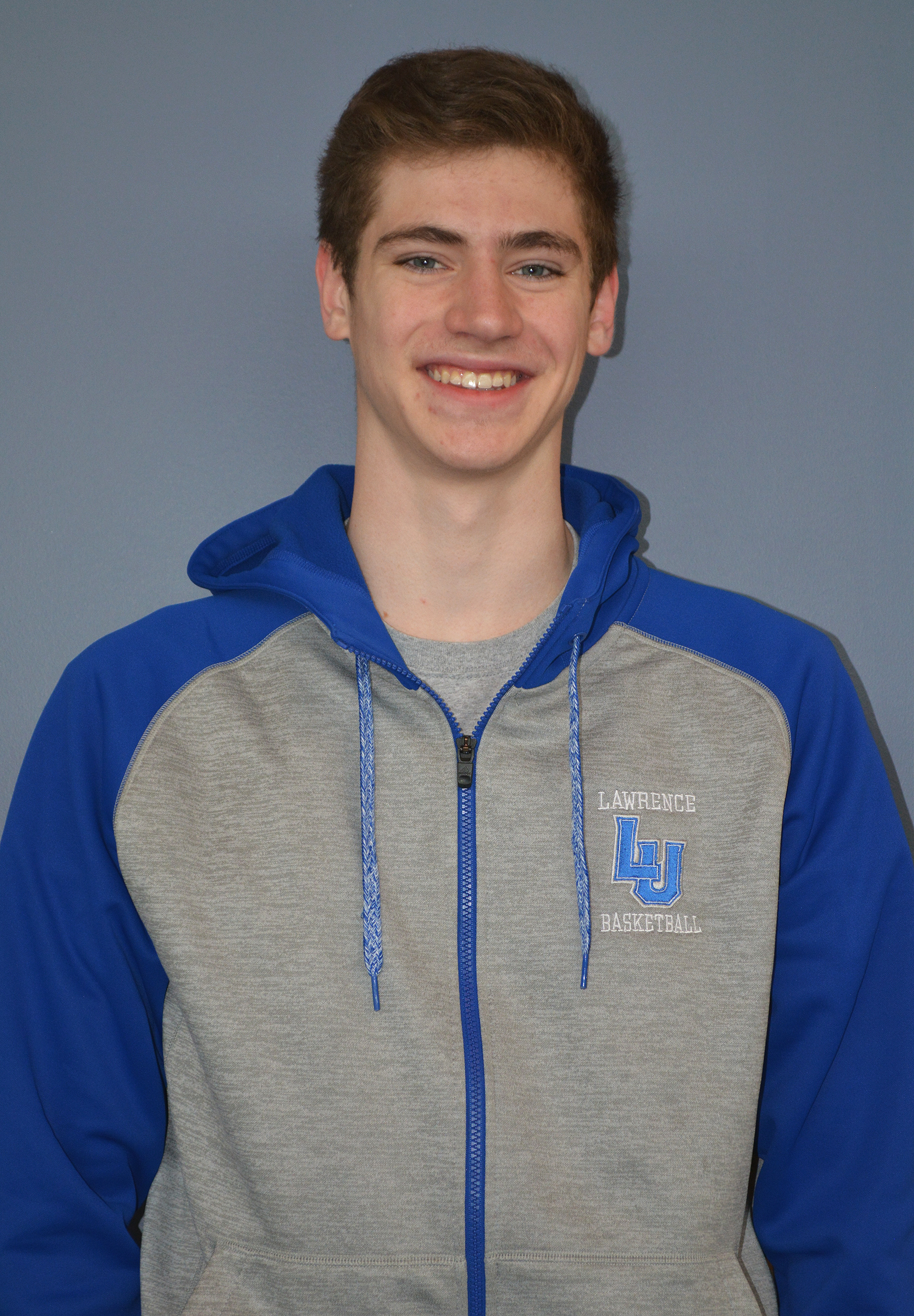 George Mavrakis recently finished his first season as a member of the Lawrence University Men’s Basketball team. The team concluded their season with a win at Monmouth, leaving their 2015-16 season record at 10-13. Mavrakis was the only freshman on the squad, and silently went to work as a contributor for the team. He averaged 7.5 minutes per game, playing in 14 of the team’s 23 games, and sunk 9 baskets out of 23 shots this season for a .391 average. Mavrakis also played his part on defense, grabbing four steals and 11 rebounds during his court time. With a full season of experience now, learning from players like senior Jamie Nikitas, sophomore Jeremy Stephani, and senior Troy Miller, the combination of experience and natural size gives George the potential to be a future dynamic player for the Vikings.

I’m from Glenview, Ill., a northern suburb of Chicago. I was initially drawn to Lawrence by the family atmosphere that the basketball team has. Also, I liked how it had a great balance between a great team and a great school, academically.

How do you keep yourself focused before you get on the court? Do you have any pre-game rituals?

As far as that goes, I don’t really believe in pre-game rituals, or superstitions. I just believe in “every man is created equal, some just work harder in the offseason.” It doesn’t have much to do with how you wear your underwear, or what you drank before the game. Obviously, I’m focused, but routine wise, I don’t need any special order to be ready to play.

Is there anything you do in your spare time that helps your performance?

I stay loose and stretch out, like a lot of other athletes.

I’d say that I’ve gotten to meet so many different people from around the world, and that it’s been eye-opening to become friends with them. I don’t know what it is that makes me enjoy hanging out with such a diverse crowd of people; I just enjoy learning about the different ways people do things, and educating each other on each other’s cultures.

In your mind, what has been the easiest part of being on a collegiate team? What has the toughest part been?

I would say that the easiest would be feeling comfortable on the court. It doesn’t make me nervous, except for my first game. I feel very confident in my abilities. The hardest part has been adjusting to the pace and size of the game. Having to compete against athletes that are two or three years older than me, it can be tough to keep up sometimes.

How does Lawrence’s atmosphere differ from that of your previous team?

I went to a somewhat privileged school north of Chicago. Anywhere you go from there, it will open your eyes a little bit. But, I became more dependent on other people, and you have to accept and acknowledge the people around you a lot more. You have to rely on others and yourself to get things done, as compared to high school, when a lot of things were done for you.

Lawrence Basketball is all about family. Since day one, they’ve been very good, and been making me feel a part of the family. It’s nice to feel like you’re part of something bigger than just a team, but a group of guys that you’re going to share a lot of memories with in the present and the future. Being the only freshman, it has been hard, but they’ve understood that and adjusted to it.

Over the past few seasons, the Lawrence Men’s Basketball team has had a reputation on campus as being one of the more successful teams, despite having a middle-of-the-road kind of season this year. What do you think you, individually, bring to this team to help make sure the team stays up?

First, I think I bring a positive attitude, because you can’t get anywhere without guys who are willing to sacrifice hours to get better at their craft. I think with the way I came in, there’s a lot I can improve on, and grow on, to help the team more and more. I helped this year, depth-wise, but I hope to have a bigger role throughout my career.

I think it’s scary to realize how fast it goes, and I think that every year, watching the seniors graduate, you get a glimpse as to why you need to work hard. In the coming years, we’re going to be a very balanced team that cares about winning together. That’s coming.