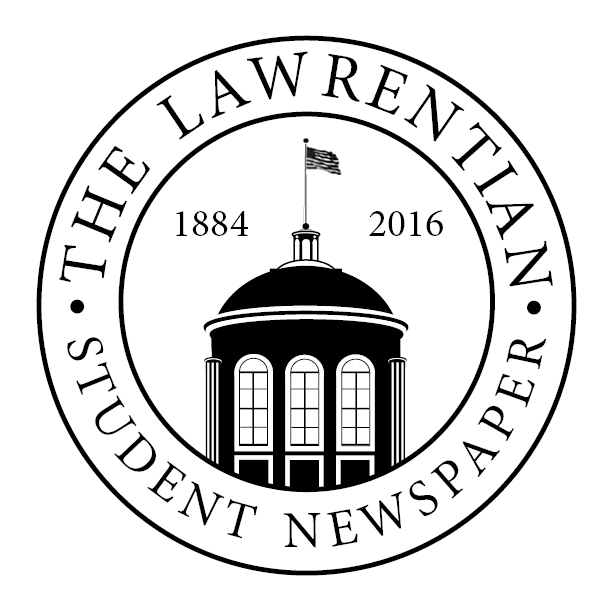 Over the course of January and February of 2016, APD Sergeant Matt Kuether received multiple cybertips from the National Center for Missing and Exploited Children (NCMEC). Upon investigation of the tips, Kuether determined an individual using Lawrence University’s IP address had uploaded several images constituting child pornography to Google Plus.

Kuether was able to narrow down his search after Edina Police Department Detective Kenna Dick contacted him about several tips from December of 2015 relating to the same email address and associated with an IP address belonging to the Skoog family. Additionally, in-house records of Skoog’s phone number matched the one provided in eight tips. This prompted the APD to contact Lawrence University.

According to Vice President for Student Affairs Nancy Truesdell, the university’s involvement was restricted to cooperating with the police according to their legal procedures. “Monday, [March 14,] late in the day, the police got in touch […] and indicated that they were working on this investigation,” reported Truesdell. “On Tuesday morning, they had the paperwork necessary to have [Information Technology Services] confirm the names that they already knew.”

Director of Information Technology Services Steven Armstrong informed the police that the provided IP address was associated with Skoog’s Lawrence username, “skoogt.” At this point, the APD approached Truesdell about arresting the student. As per university practice, she arranged a meeting between Skoog and the police instead of allowing for a public arrest.

The meeting was held in Raymond House where, according to Kuether, Skoog became increasingly nervous. The criminal complaint mentions he “began using his phone and, when officers attempted to grab the phone, he pulled it away from them. [Skoog] subsequently refused to make any statements.” At the end of the meeting, Skoog was arrested.

Police also searched Skoog’s room in Kohler Hall where they found marijuana and paraphernalia and seized his laptop. Digital Forensics Examiner Kyle Van Haren found “thousands of images of child erotica and child pornography on the hard drive of the computer.” Of those images allegedly found on Skoog’s computer, five have been used to charge him with offenses under Wisconsin Statues 948.12(1m) and (3)(a). All images are of “young, likely prepubescent, female[s]” engaging in sexual poses and acts with men.

On Wednesday, March 16, Skoog was issued summons and presented before Judge Mark McGinnis of the Outagamie County Justice Center to inform him of the charges and set bail. The associated charges constitute Class D Felonies and can lead to a maximum of 25 years in prison, $100,000 in fines or both for each count.

Truesdell informed the community of the arrest through an email on March 17. She relayed assurances from the APD that the campus community is not endangered by the felony charge under investigation. While she reported that the arrested student had been suspended “pending the outcome of the criminal court case,” she did not name him and stated that Lawrence administrators will refrain from making additional statements until the investigation becomes public.

Initially, members of the administration refused to comment and referred inquiries to Associate Vice President of Communications Craig Gagnon. The Lawrentian was unable to receive a response, as Gagnon also refused to comment beyond the information provided in Truesdell’s email. Later, President Mark Burstein attributed this initial lack of communication to two key factors. First, Lawrence has to carefully consider the policies and procedures it is bound by before disclosing student information. Second, many university officials were scattered across the world over break and communication was slower than usual.

Following the initial announcement, the Lawrence community actively engaged in discussion of both Skoog’s potential prior history and the university’s sexual misconduct policy. The criminal complaint also refers to a 2013 sexual assault investigation at Lawrence involving Skoog. Truesdell denied the university’s involvement in relaying any such information to the police and refused to comment on the veracity of any previous investigation.

After public outrage and discussion, the university released a more detailed statement through an email from Truesdell to the community and a post on the Lawrence website. This additional statement included Skoog’s name, further information about his arrest and clarifications regarding the sexual misconduct policy.

This discourse intensified after The Lawrentian’s coverage came under public scrutiny on social media outlets. Specifically, an update was published on Wednesday, March 29, that included graphic descriptions of the five photos on which charges were pressed. Numerous alumni, parents and students demanded that those descriptions be taken down, many of whom called the post traumatizing and unnecessary. Eventually, these requests and demands were met, and the detailed descriptions were entirely deleted from the update.

On Thursday, March 24, Skoog was presented before Judge Mitchell Metropulos for a preliminary hearing. The attorney representing him was different from the one listed on the initial case document. Additionally, upon the district attorney’s request, Skoog was to hand over both his American and French passports. While the former was surrendered, Skoog was unable to locate the latter. The deadline to find and turn over this document was extended indefinitely, until he either found or replaced it. Most importantly, Skoog voluntarily waived his right to a preliminary hearing.

The preliminary hearing is the only opportunity a defendant has before trial to challenge the factual basis of the alleged charges. By waiving the preliminary hearing, Skoog will most likely be going to trial or entering a plea to resolve the case. Nonetheless, a waiver is not an indication of guilt.

Prosecuting attorney Alexander Duros also warned, “There are no implications for him waiving his preliminary hearing. That’s common in our system and there should be no inferences drawn from that. The standard at a preliminary hearing is very low.”

Skoog’s defense attorney Greg Petit ’90 held back his comments given his interpretation of Wisconsin Supreme Court Rule (SCR) 20:3.6. He did, however, express disappointment over “people want[ing] to find the defendant guilty before he’s had a right to a trial.” Petit further wrote, “While I do think it is fair to examine the issue of rape on campus, to brand someone a rapist without evidence seems to be an unhealthy approach in a learning environment.”

In an April 7 interview with The Lawrentian, President Mark Burstein stated that, upon reviewing this particular case, the administration has decided that Skoog will not be returning to campus, regardless of the outcome of the case’s outcome. It is yet to be clarified if this is an official expulsion.

An arraignment has been scheduled for Monday, April 25 at 11 a.m. in Branch I of the Outagamie County Justice Center. Skoog will either plead guilty or not guilty at that time. If he pleads guilty, a trial will follow.