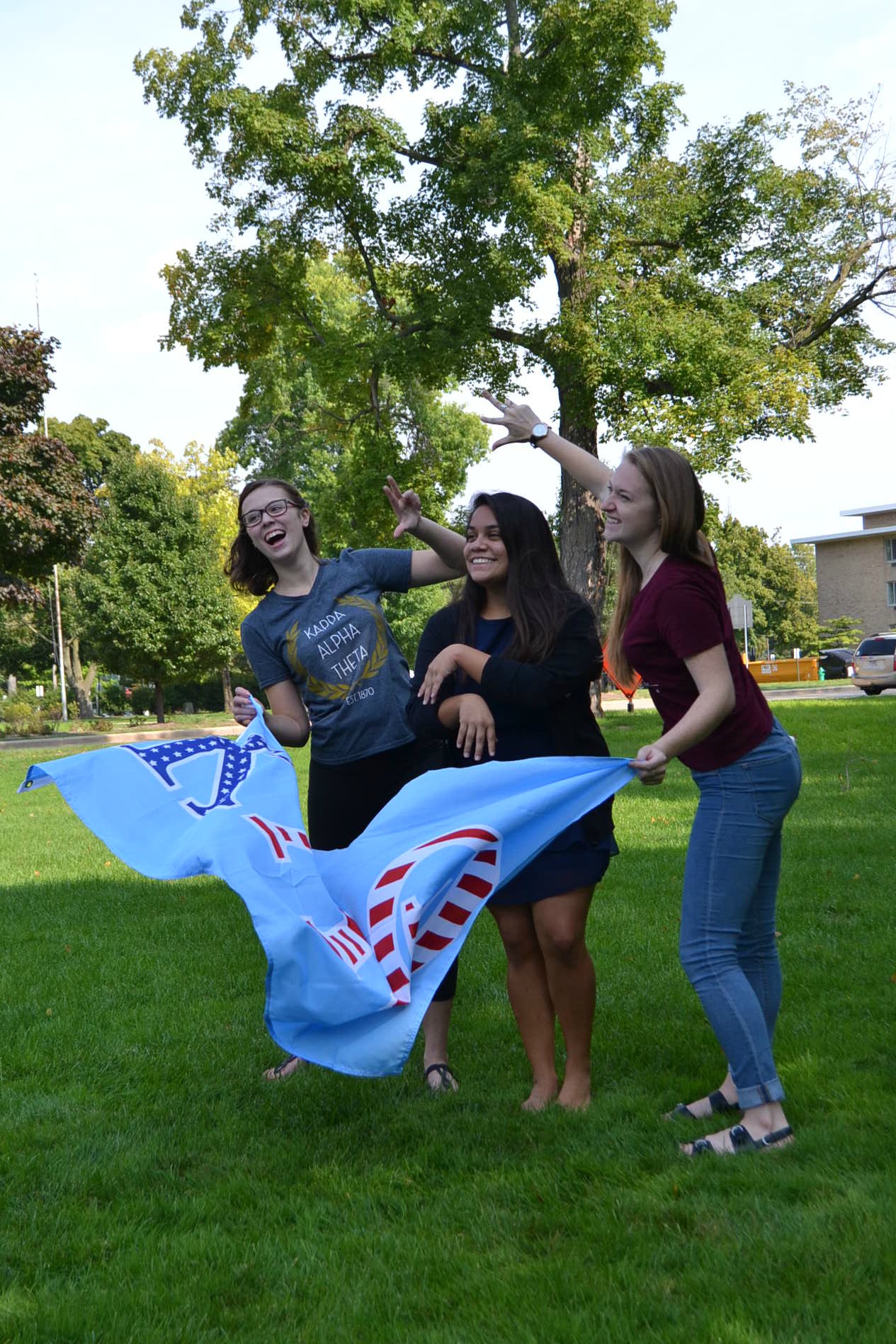 The annual fall Greek-end was hosted on Sept. 24–25. This event celebrated Greek life on campus, as well as philanthropic work off campus. Events were planned and executed by the Panhellenic Council (Panhel) and Interfraternity Council (IFC)—the governing bodies of Lawrence sororities and fraternities, respectively. Individual events were spread out over the weekend and staffed by volunteers from each organization.

The Greek-end kicked off with a football game against Illinois College at 11:30 a.m. on Saturday. The game was hosted at the Banta Bowl venue, and featured the Lawrence Dance Team’s (LUDT) first official performance of the season. Fraternities and sororities were well-represented on both the football and dance teams.

According to senior LUDT and Kappa Kappa Gamma member, Abby Shea, “It was great to have a lot of people in the stands cheering us on. It was nice to have the support of Lawrence.”

Saturday night featured the Fall Formal. Despite being listed as a Greek event, the formal was open to all students on campus and advertised publicly. It was originally intended to be hosted on the Main Hall Green, but was moved to the Thomas A. Steitz Hall of Science due to bad weather concerns. At 8 p.m. when the event began, guests walked in and were greeted by a soft light from flameless candles and various tissue ornaments hanging from the ceiling and walls. There was a photo station available for guests to document their night out, as well.

At the event’s beginning, there were relatively few people there. It took a while, but as the night went on, more people trickled in, especially when dinner was offered. While a majority of attendees were a part of Greek life in some respect, there were a number of non-Greek students attending as either dates of sorority or fraternity members, or simply on their own.

Reviews of the formal appeared to be mixed. While many students said that the event was wonderful, some students, especially non-Greeks, felt that it lacked the vibrancy that they expected. One such student, sophomore Joanie Shalit, said that, “It was a smaller crowd, so it wasn’t as exciting as I expected,” citing the lack of enthusiastic dancing. Some students commented on the relatively low turnout.

Despite the inconsistent number of attendees, the event had an energetic feel to it, thanks to the lively chatter of the people that did attend. Junior and Panhel President Rachel Taber commented that despite being “really stressed beforehand,” she felt that the event was a “huge success” despite being something “new for [her].” She mentioned that all the people on Panhel worked very hard to organize the event, especially the members of the Events Committee.

Attendees were encouraged to chat with the representatives tabling for each organization to learn more about their chapter and philanthropy. Unfortunately, the event was rained out an hour before its completion, but the weekend still ended on a high note with funds raised for a good cause.

This article was updated on Oct. 3, 2016 to preserve the anonymity needed to execute the recruiting process successfully.

Members of Kappa Alpha Theta wave their flag at the All-Greek Day event. Photo by Emily Midyette The annual fall Greek-end was hosted on Sept. 24–25. This event celebrated Greek life on campus, as well as philanthropic work off campus. Events were planned and executed by the Panhellenic Council (Panhel) and Interfraternity Council (IFC)—the governing…