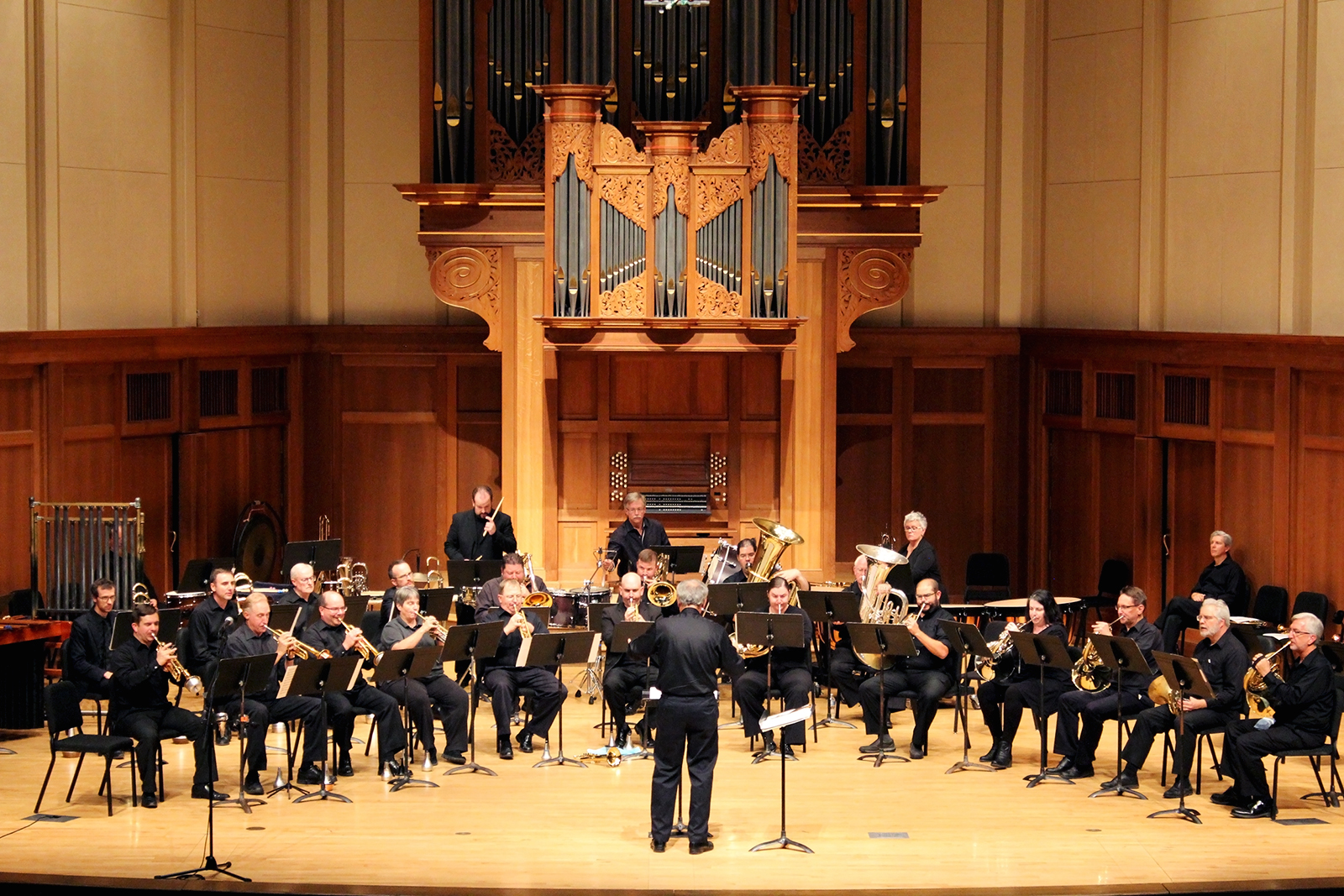 On Sunday, Oct. 4, the Northeast Wisconsin Collegiate Brass Choir performed pieces in many musical styles for a large audience in the Lawrence Memorial Chapel. According to the group’s conductor, Mark Fonder, this collection of “the best brass teachers in Wisconsin” gives several performances around the state each year.

The first piece was called “Fanfare for Full Fathom Five,” written by John Mackey. It showcased the volume and power of almost 30 talented musicians. The fanfare, which cycled frequently between musical ideas, previewed some of the styles the group planned to present over the course of the night’s program. They chose many pieces that highlighted the versatility of brass instruments.

Fonder selected many pieces that did not need every member of the full ensemble; pieces that feature smaller ensembles create different combinations of sonorities and musical colors. The first piece of these was Lauridsen’s “O Magnum Mysterium,” featuring tubas, trombones and horns. The tubas played near the bottom of their register while the horns filled out the upper range to create chorale-like voice spacing.

The next piece aimed for a completely different sound: Altenburg’s “Concerto in C for Seven Trumpets” was an interesting exploration of trumpet technique from the early time of 1795. The seven players had to exploit the ranges of their instruments and tune carefully during three difficult movements.

A highlight of the evening was Crespo’s “Bruckner Etüde,” played by two horns and four trombones. The warm timbre of these instruments mixed beautifully, clearing the shiny trumpet resonance from the air. All six instrumentalists demonstrated strong tone control and intonation. While most brass music does not involve the fast runs and scales that give woodwind and string players trouble, the effort required to produce an unwavering pitch seems remarkable.

Next, the Brass Choir played a piece by Marty Robinson ‘89, who also played trumpet in several pieces on the program. Robinson, a professor at the University of Wisconsin–Oshkosh, told the audience about “Synergizm”: his aggressive piece was all about the number two, which manifested itself in the rhythms, instrument pairs and formal sections in various ways. Hearing the composer’s explanation made the piece much more memorable.

“A Strauss Fanfare,” arranged by Jay Friedman, brought sections from two famous Richard Strauss pieces together for a bombastic conclusion. After the series of mid-program chamber pieces, it was exciting to see the entire Brass Choir reunite together on stage.

The ensemble made a great case for large brass ensembles. The amount of different dynamics and moods they produced was impressive. They inspired other musicians, students and teachers alike to gather their friends and put on a show.