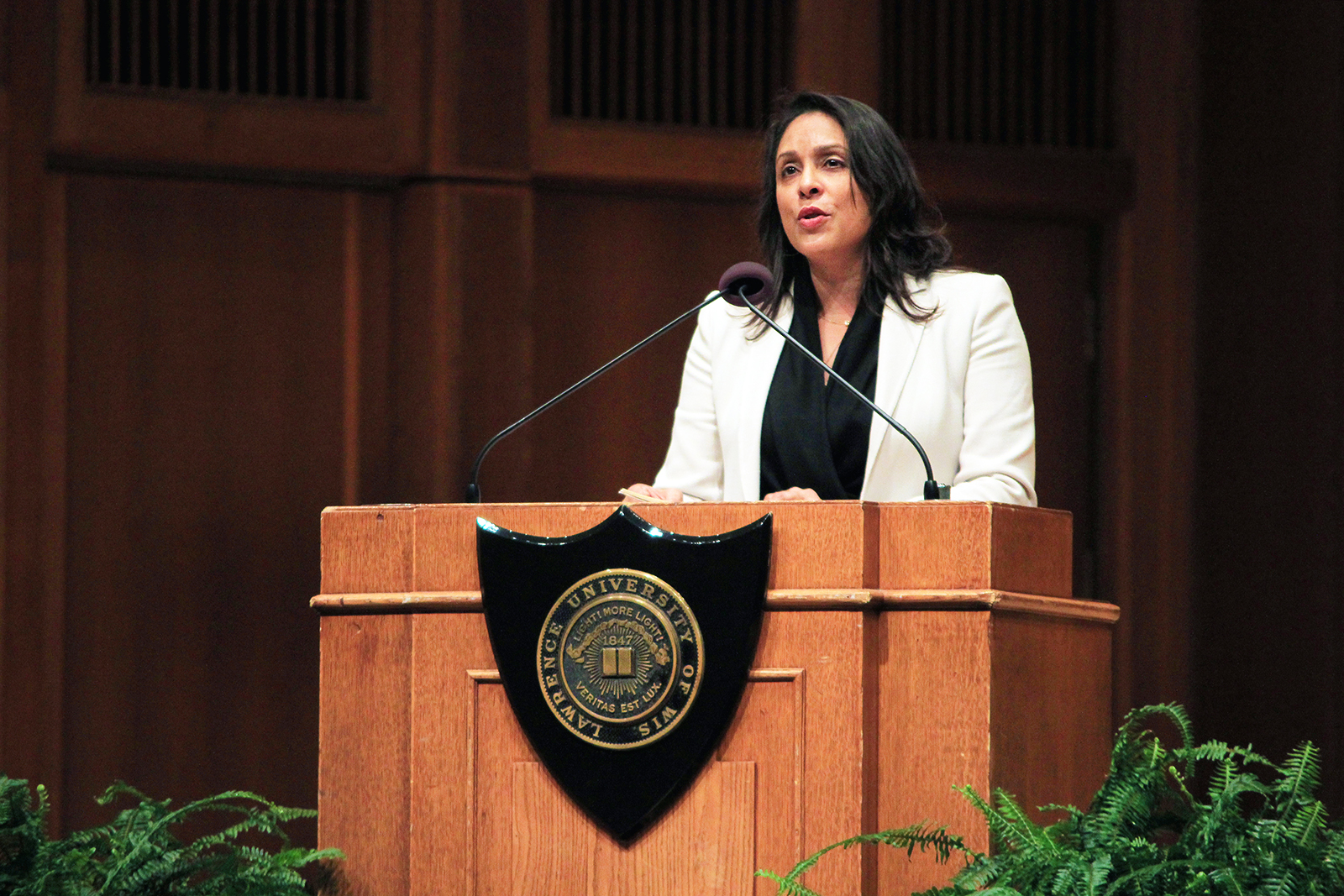 Assistant Professor of English Melissa Range then introduced Natasha Tretheway, who is the author of four books, winner of a Pulitzer prize, member of the Fellowship of Southern Writers and more. Tretheway’s work “Native Guard” is also on the Freshmen Studies works list. Range invited the audience to hear “how her stories intersect with your own,” calling Tretheway a poet historian.

Tretheway read many poems, including: “Imperatives for Carrying on in the Aftermath,” “Mississippi,” “Incident,” “Articulation,” “South,” “Miracle of the Black Leg” and many more. Interspersed between these readings, she shared some of her thoughts while writing poetry and what it means to her to create art.

Tretheway’s poetry is formed on the “intersection between personal history and family memory.” She quoted her predecessor at the Library of Congress, saying, “I write what I am given to write.” She talked about the psychological exile that she personally experienced in Mississippi as the illegal daughter of an illegal interracial marriage, and the psychological exile that can occur when “told you are in a place that is not yours, even if you are a native.”

Tretheway brought up the idea that “all writing begins with an existential wound.” Mississippi, she said, was her first wound, but the second was the death of her mother. Tretheway considers herself a deeply elegiac poet, that she “became a poet to contend with deep loss,” and that poetry is the language of grief, of love, and is what people turn to often in those times of deep emotion. It is “there with us, all the time.”

Tretheway also discussed her struggles in writing poetry. She says that she has “a hard time discussing the present” and that she feels that poetry should speak to ourselves in the present and past. In the question & answer session following the convocation, she talked about her process of writing. One student asked how long it took to call herself a poet, to which she responded, “About 20 years.”

Associate Professor of English Lena Khor said, “It’s always interesting to hear about the process of creating. Whatever your craft is, often you get involved because you have a vision of what it could be, and then it turns frustrating because it doesn’t match up. Reminding ourselves that it takes perseverance and time is so important.”

Senior Nathan Gornick spoke about this Convocation’s difference to others, as it was a reading and not necessarily a speech. Gornick said, “Usually it’s someone who’s done some important research or something, and they proceed to tell us about what they’ve done, and it’s great and everything, but this is different in that what she was saying was the work itself. Research doesn’t quite finalize itself into a nice piece of art like a poem does, not to devalue important research being done, but in this, it was easier to comprehend.”

He continued, “I enjoyed the soothing quality of her voice; she was very nice to listen to. Sometimes I couldn’t tell when the poems began and when they ended. I found it interesting, again contrasting with other Convocations, that she wasn’t explaining how she writes poetry or how she became to be a poet, but rather explaining through her poetry her story, and the things she wants us to think about, individually and as a nation.”