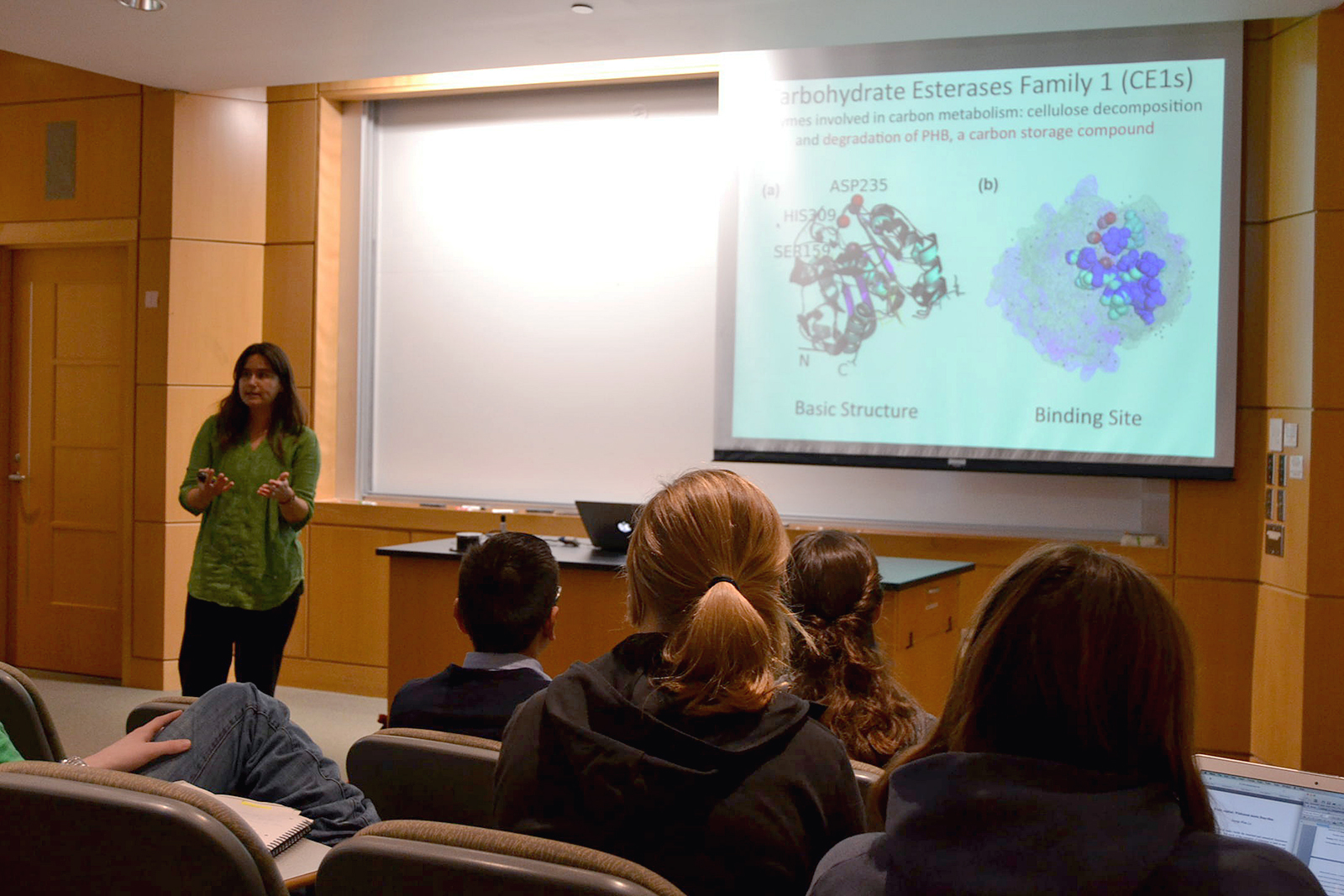 On Monday, Nov. 7, students packed an auditorium in the Thomas A. Steitz Hall of Science for the last lecture of the “Recent Advances in Biology” series of the term. This week’s presentation was given by Associate Professor of Botany and Bacteriology at University of Wisconsin–Madison Anne Pringle. In the lecture, Pringle discussed a relatively new technique in biology called “reverse ecology” and explained how it can be used to learn more about lesser-known organisms.

Pringle continued by telling of how she had used reverse ecology to look at growth of the death cap mushroom in California and to try to trace the fungus’ geographic origin. “When I first started working with the death cap mushroom, the reason I was really interested in it was because there was a rumor in the amateur community that this was a species that was not from California,” Pringle explained, “It had been brought to California and was invasive.”

Death cap mushrooms are mycorrhizal, meaning they rely on the symbiotic relationship they form with plants. “No plant grows by itself in nature,” Pringle said. “Plants grow in association with mycorrhizal fungi. It’s a classic mutualism.” Because of this symbiotic relationship, when a tree is relocated, the fungi that grows around its roots is relocated along with it, which can result in the migration of fungi like the death cap across continents.

Pringle’s lab analyzed the DNA of death cap mushrooms, looking for genetic information that was unique to California and not found in other places in the world. “We established that the death cap is indeed an invasive species,” Pringle explained as she revealed the results of her extensive research, “The reverse ecology approach helped us solve the problem.”
One of the main points Pringle outlined during the lecture was the inequality present in the sciences concerning the study of biological life. Despite the large number of taxonomic kingdoms, human biologists are largely concerned with studying animals and plants, while neglecting other kingdoms such as fungi and bacteria.

She used a quote from environmental engineer Tom Curtis to make her point, “If the last blue whale choked to death on the last panda, it would be disastrous, but not the end of the world. But if we accidentally poisoned the last two species of ammonia oxidizers, that would be another matter. It could be happening now and we wouldn’t even know.”

Pringle used the lecture as an opportunity to encourage students who are interested in making scientific discoveries to consider the field of mycology. “Only five percent of the earth’s fungi have been discovered, perhaps 74,000 of approximately 1.5 million species,” she concluded. “It’s like an Easter egg hunt where the eggs are all placed on the grass instead of a difficult place for you to find them.”