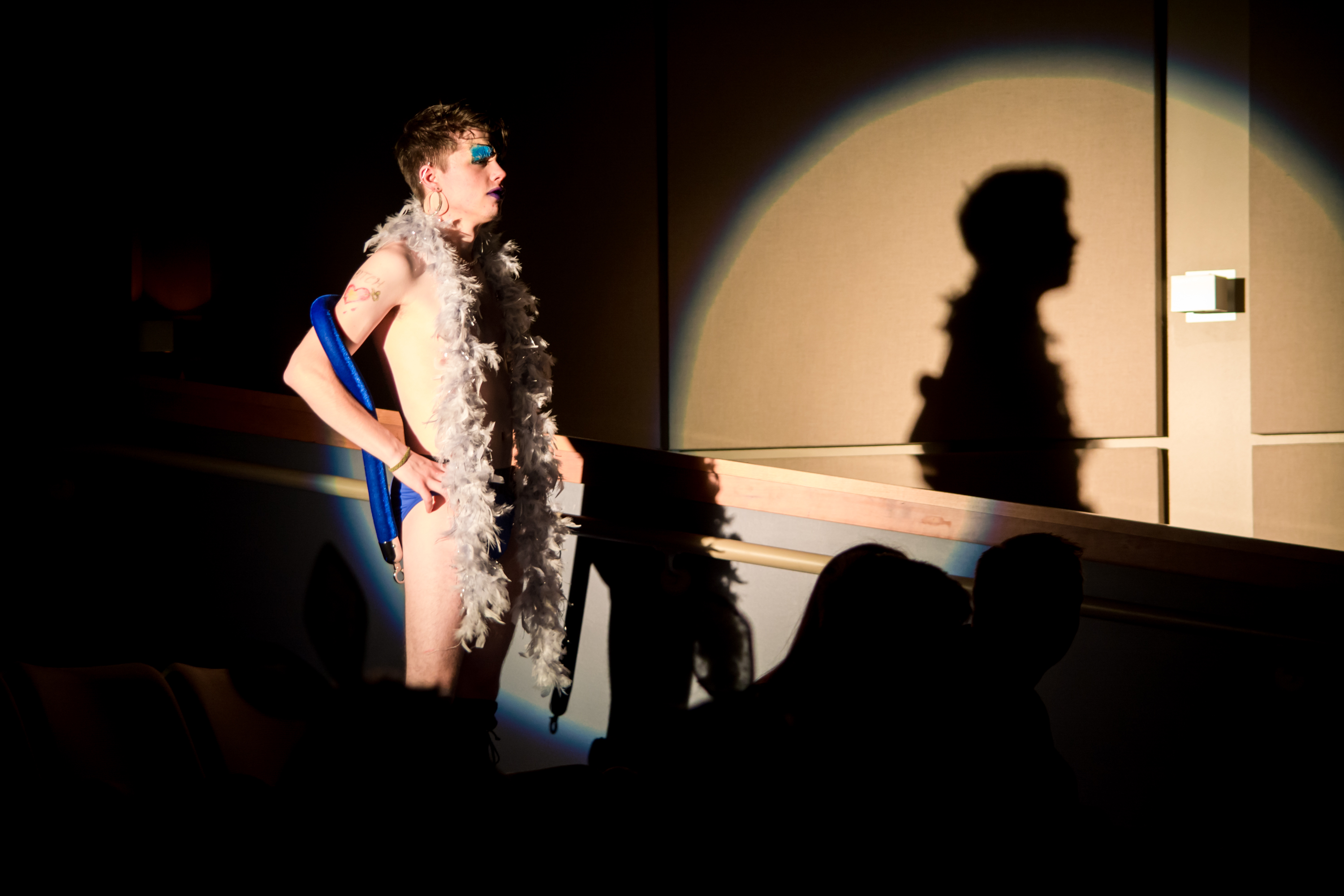 The Prescribed Escape Productions (PEP) performed a shadowcast of the Rocky Horror Picture Show this past Halloween weekend. PEP is an independent, student-run theater company aiming to provide Lawrence and the surrounding community with thought-provoking, well-produced theater. There were three performances of Rocky Horror: Friday, Oct. 27 at midnight and Saturday, Oct. 28 at 8:30 p.m. and 11:30 p.m.

The film is a cult classic about sweethearts Brad (freshman Mary Grace Wagner) and Janet (senior Sarah Ogden), who are stuck with a flat tire during a storm and discover the eerie mansion of Dr. Frank-N-Furter (junior Liam McDonald), known as a “transvestite scientist.” As their innocence is lost, Brad and Janet meet a houseful of wild characters, including a rocking biker (freshman Abdul Momin Panhwar) and a creepy butler (junior Zoe Lee). Through elaborate dances and rock songs, Frank-N-Furter unveils his latest creation: a muscular man named “Rocky” (junior David Philyaw).

The original 1975 film was played on the screen while the PEP cast reenacted the scenes at the same time as they occurred in the movie. The directors and actors not on stage shouted out jokes and commentary during the scenes and songs and encouraged audience participation.

Co-directors of the production were sophomore Kellyn Gagner and senior Elliot Dryjanski. About the production in general, Gagner said, “The performances are always lots of fun. There is a high energy to it.”

When asked what their favorite part of the experience has been, junior Zoe Lee, who played Riff Raff, said, “I get to be ridiculous and shameless with no consequences.” Freshman Thomas Burnett who played a sextra said, “It has been a lot of fun from start to end. Everyone is amazing and the whole production is a bit of a workout.”

The directors said that they hoped the production would bring an event to campus that is “welcoming and not presumptuous.” As Wagner put it, “Theater is a place where everyone can be unapologetically themselves. It is really cathartic and freeing.” Burnett commented, “Theater is a very social thing. It’s an awesome way to meet people and saves me a trip to the Wellness Center!”

“I have been doing [Rocky Horror] since I was a freshman,” said Dryjanski, “The cast bonding has been one of the most formative things in my life. This production has helped with my confidence. It inspired me to come out and find out who I am. It offered an opportunity and opened doors. I encourage everyone to join.”