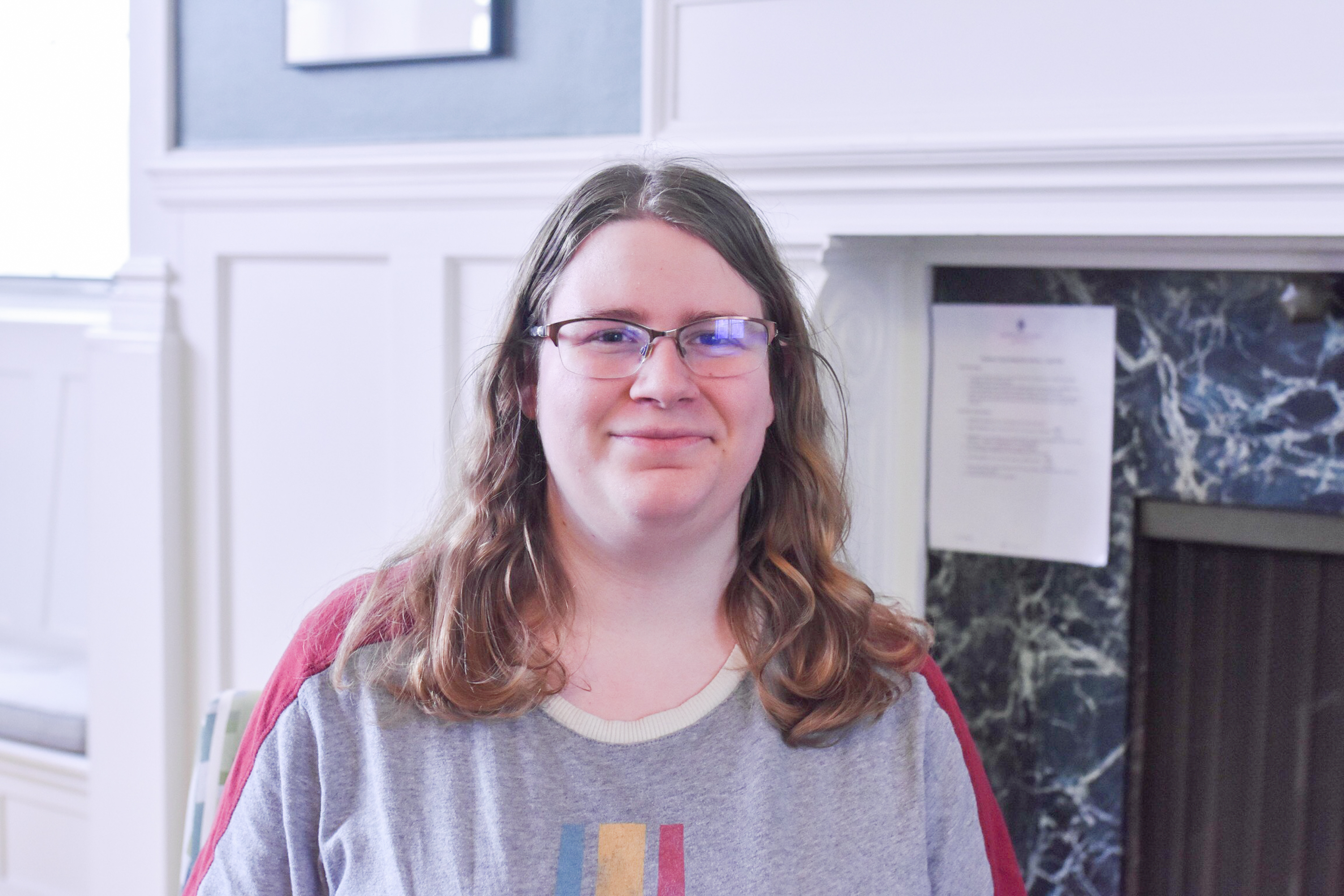 The Conservatory of Music promotes the performing arts with concerts, recitals, convocations and much more. A lot of work happens behind the scenes to make these performances possible. This week, I interviewed juniors Susie Francy and Ethan Mellema about their involvement in Tech Crew and making the magic happen.

Francy is a psychology major and music minor. She has been trained to do stage managing and audio engineering, but likes audio engineering the most. She originally applied to be an usher because she thought Tech Crew would be intimidating, but her friend encouraged her to join.

Francy has worked one year in Tech Crew and is excited to return next year. Her favorite part of the job is recording engineering and being able to work with the mixer and recording equipment in the booth. Her job allows her to listen to more concerts than she would attend otherwise due to her class schedule. The most challenging aspect of the job is getting sound levels adjusted because sound varies from voice to a drum set and the challenge is to get the sound to be adjusted accordingly.

In addition to Tech Crew, Francy is involved in the Boards of Alliance for Psychological Health, Colores, and Gaming Club. She is also a CORE Leader and is part of the set-up crew for the Conservatory, which involves setting up risers for choir concerts. The most important skill she has learned on the job is how to communicate between the stage manager and performers to solve technical problems before performances.

Francy recommends Tech Crew to anybody who interacts in the Conservatory in any way. Being comfortable with both stage managing and engineering helps with getting more opportunities, and pay and hours are more flexible. Francy wishes she had those skills going into the job.

Mellema stage manages for Harper Hall and the Chapel. He moves pianos, music stands and chairs on and off stage before and in between performances. He also is a recording engineer for student and faculty recitals. For Mellema, the main difference between stage managing and recording engineering is that stage managing requires dressing in formal black clothes and interacting more directly with performers.

Recording engineering is more removed from being on stage. Mellema prefers stage managing. He has been on Tech Crew since his freshman year. He was running out of money by the end of Fall Term freshman year, saw signs in the Conservatory about tech crew, applied for the job and started working in the beginning of Winter Term. In training, he learned how to work with pianos,  how to do lights, how to prop open the door, do recordings and use equipment.

In Harper, he learned how to work the screen, set up microphones and wrap microphone chords. As an organ performance major, Mellema does not have much time for extracurriculars outside of academics. However, he sings in Viking Chorale and plays organ in small ensembles and for the choir in a local church.

“At the end of the day it’s not about you,” Mellema said. “It’s about the performers and making sure things run smoothly for them. Tech Crew allows Conservatory performers to be in the shoes of knowing what goes on backstage, and it’s a rewarding job in helping performers do their best.”