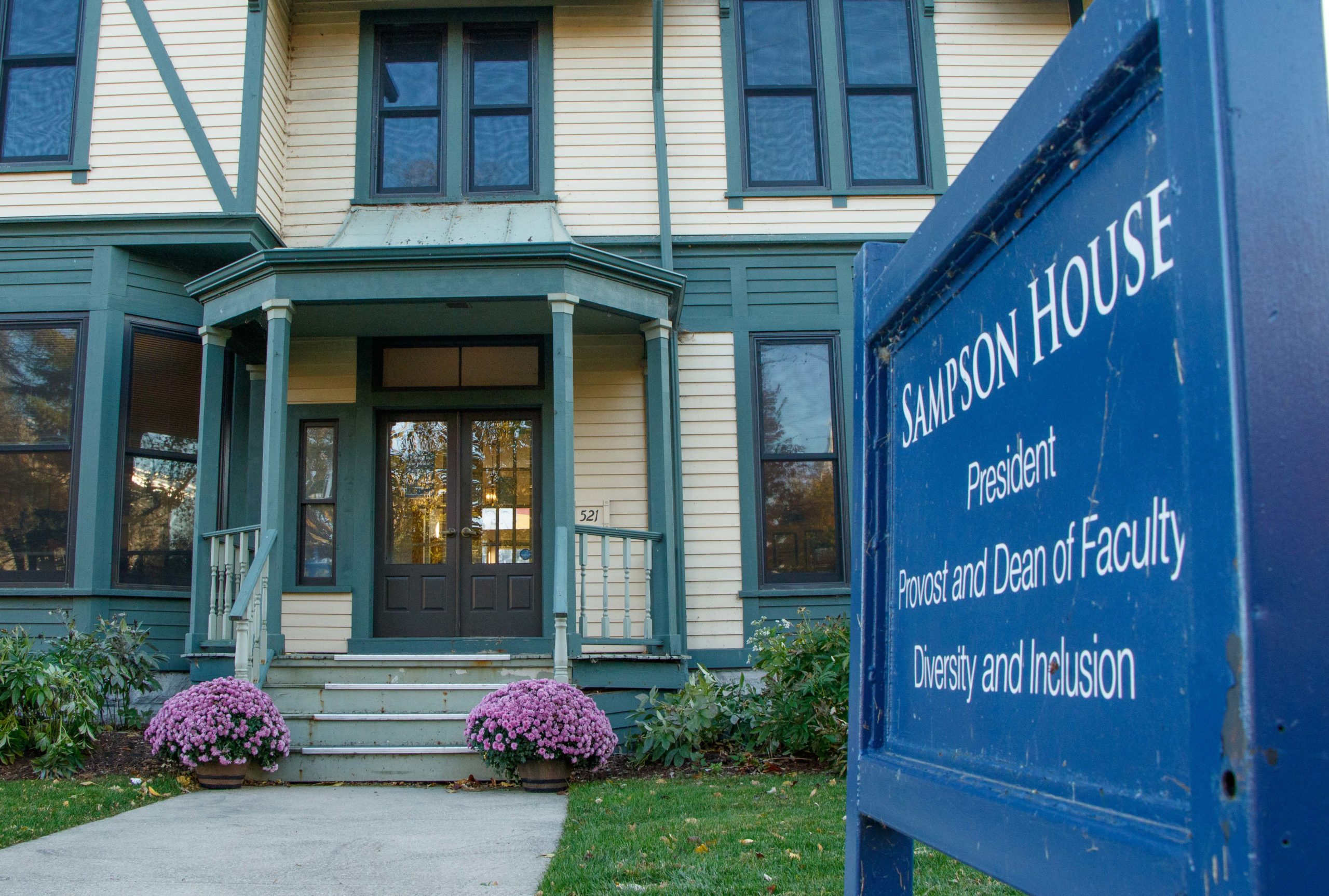 The entrance to Sampson House, home of the president’s office.

The search for a new president at Lawrence has begun. On Oct. 5, Assistant to the President and Secretary to the Board of Trustees Christyn Abaray sent out an official email to the Lawrence community, announcing the members of the Presidential Search Committee. The committee consists of two students, four faculty members, one staff member, one ex officio, the Lawrence University Alumni Association president and six members of the Board of Trustees.

Abaray will be assisting the committee in their search for a new president. According to Abaray, this will involve a lot of work on the front end of the search and coordinating with the search firm of Isaacson Miller. She emphasized that, because of the time limit and the desire for input from everyone in the Lawrence community, it will be an incredibly intense and important process. In order to find the best fit for Lawrence, she believes that the entire Lawrence community must come together. This will ensure that all voices will be heard, Abaray explained.

Since President Mark Burstein will be leaving after this academic year, the committee must find and evaluate candidates in a timely manner. The committee’s goal is to select a new president by the end of Winter Term. In an effort to receive input from as many people as possible, Abaray said the committee is planning to send out a survey to the entire Lawrence population.

“There will be mechanisms in place for anybody [to] give input on their thoughts of what the next president should be,” Abaray said. “We really want people to stay tuned so that they have ways to make sure they give us input.”

Junior Jessica Toncler is one of the student representatives on the Presidential Search Committee. She explained that the first step in searching for a new president was to establish this committee, which is now working with a search agency to find the right fit for the position and the university. With the assistance of Isaacson Miller, they will set up interviews with potential candidates in the near future. According to Toncler, the leaders of the committee have made it very clear that they are focused on diversity and inclusion in the presidential search process.

As a double-degree student, Toncler emphasized the importance of a president that is engaged in both the college and the Conservatory. As a member of the Lawrence University Symphony Orchestra, Toncler explained that Burstein was at each of her performances and always showed full support for both conservatory and college students. When reflecting on what she wants to see in a Lawrence president, she referred to her admiration for Burstein’s willingness to address any issue that arose at Lawrence and the fact that he was not afraid to be honest and tackle issues head on. To her, it is of utmost importance that they find a candidate that will continue to follow these practices.

“It’s important to know that both the committee and the search agency we’re working with really value the students and the alumni and the community’s opinions,” Toncler said.