This Week in Sports History: The Rumble in the Jungle introduces the world to the Rope-a-Dope 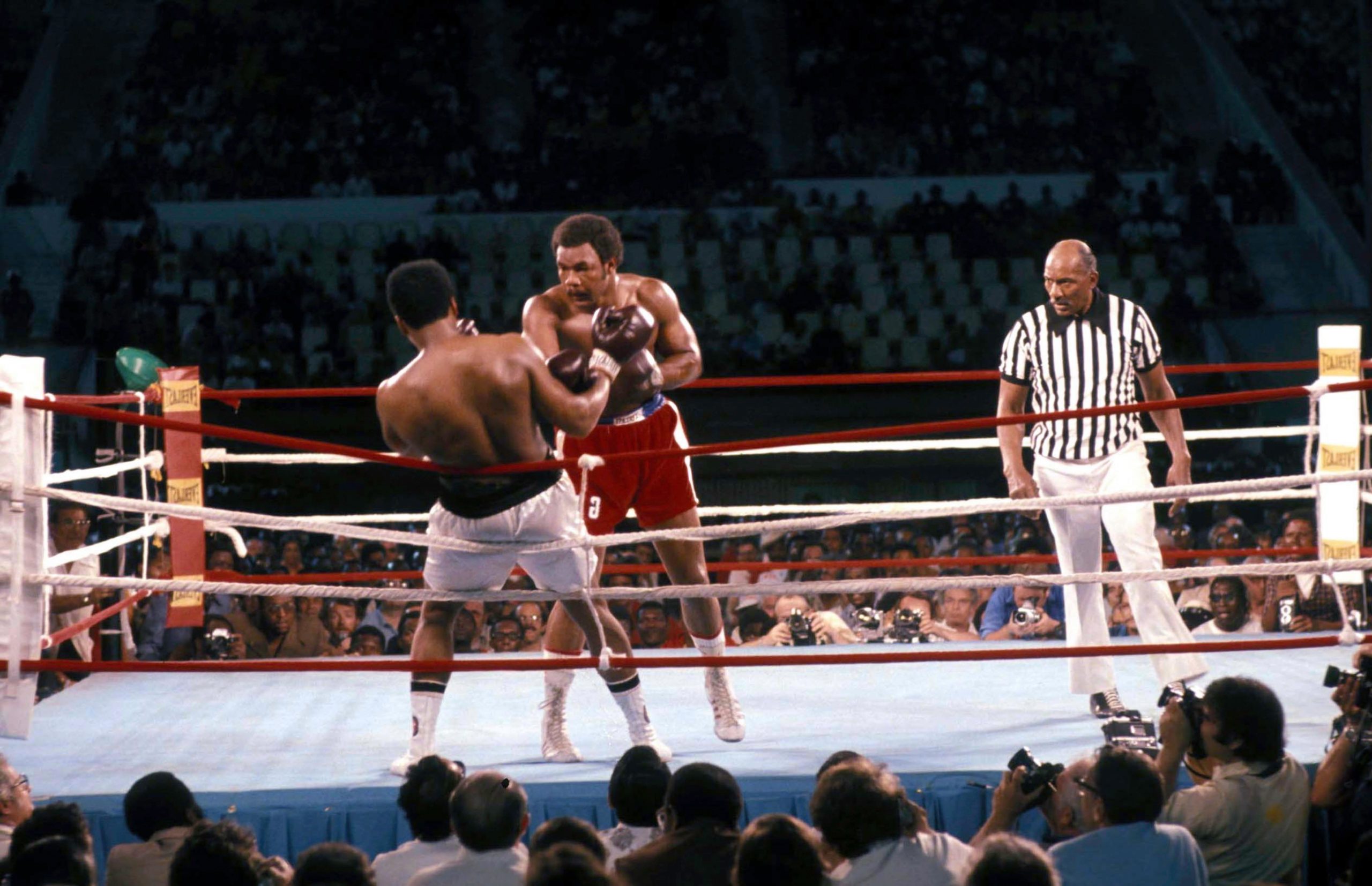 This column seeks to profile important events in the history of sports.

Dana White and the Ultimate Fighting Championship might have taken the spotlight off of boxing, but there is no denying that some of the best fights ever came from the sport. Mike Tyson dominated an undefeated Michael Spinks in a minute and a half, and Jake LaMotta and Sugar Ray Robinson’s historical rivalry spanned six fights and inspired “Raging Bull.”

No fight holds a candle, though, to the history and the intensity of the “Rumble in the Jungle,” a matchup that pitted the undefeated heavyweight champion George Foreman against boxing legend Muhammad Ali.

The conception of the fight has as rich a lore as the fight itself; promoter Don King looked to lock Foreman and Ali into a contract with a $5 million purse bid, but he was short on that money and, worse still, did not have anyone willing to host an event that cost that much.

He took his plans out of the country and got into talks with Fred Wyman, an American advisor to Zaire’s military dictator, Mobutu Sese Seko. Wyman convinced Seko that having a spectacle that size would boost the morale of his country, and Seko agreed to allow the fight to take place in Zaire, now the Democratic Republic of the Congo. As for King’s financial woes, Libyan dictator Muammar Gaddafi covered the $5 million purse.

Now neck-deep in the pockets of several tyrants, King’s fight was scheduled for Sep. 25, 1974. The fight had a wrench thrown into its gears during Foreman’s training, however, as his sparring partner clipped him above the eye with an accidental elbow. Due to his injury requiring stitches, the fight was put on hold, and the date was moved to Oct. 30.

Ali had developed a “secret plan” that he had planned to use on Foreman pre-fight, one of many attempts to get into the champion’s head. Round one saw Ali attempting to throw Foreman off with quick lead punches, landing several. Despite its apparent success, the blows were not strong enough to take any real toll on him, and Ali realized that expending this much energy on jabs this weak would tire himself out long before any real damage could be done.

Adding to the fact that Foreman evened up the score by getting some of his own hooks in close to the end of the first round, Ali introduced his “plan” in the second. While Foreman was a gold medal Olympian, prized for his pure strength and famously incapacitating haymakers, he was not near Ali’s level when it came to quickness and intelligence. Ali’s secret tactic was what he called the “Rope-A-Dope,” a strategy of leaning up against the ropes, using them as a crutch while preventing his opponent from hitting his head.

As Foreman was physically dominant, he threw a massive number of heavy punches that frustratingly gained no points, as Ali was too quick with side-to-side dodges. Everything that he landed was either a body shot, which did next to nothing to impair Ali, or a glancing blow to the head that was not strong enough to knock Ali out. While he did this, Ali furthered his lead by throwing a flurry of crosses and jabs. While they were not haymakers in any sense, Ali would not tire himself out doing this like he did in the first round, as he did not have to move his feet at all.

Foreman was beginning to fall victim to the tactic. His stamina just could not hold out against Ali’s, and his footwork got much worse, opening himself up to aggressive hooks. Any advances in score made by Foreman were countered by Ali in the same round. Despite having a clear lead in the fifth round, Ali hit Foreman with a combination that sent him staggering backwards and cut his lead back.

Ali was just as good at taking punches as he was at dodging them. He responded to massive blows that would have knocked out a lesser fighter with taunts and jeers: “That all you got, George?” The eighth round was the death knell for Foreman, as his body was simply too worn out to throw his signature haymakers or pin Ali. After another combo of quick jabs to the head, Ali forced Foreman’s head up with a left hook and delivered a right hook directly to the face that sent a blacked out Foreman sprawling to the ground.

Though he was able to rise, Foreman did not reach a fully upright position in the eight-second count, and Ali won with a technical knockout. The scorecards of the judges reflected his prowess, all three of them giving Ali the upper hand. The fight was broadcast worldwide, and in its glory, garnered over a billion views globally. Half of the United Kingdom’s 56 million people watched the fight on BBC One, and Zaire made Ali a hero in their country, a symbol of their new identity after being freed from Belgian occupation a decade or so earlier. To this day, in the Congo, “Ali boma ye” still rings with the utmost respect.