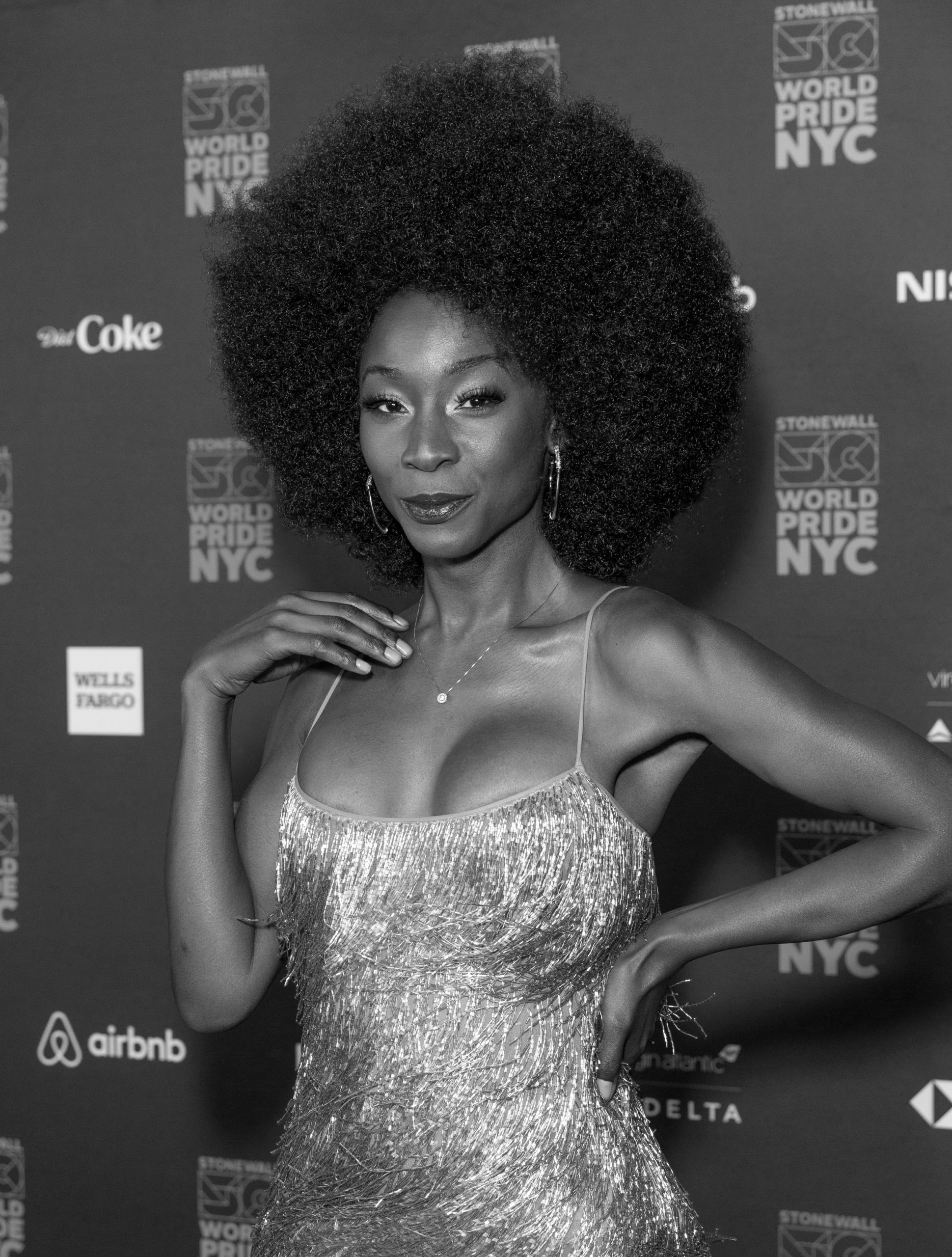 Angelica Ross, 40, is a self-made transwoman, veteran and actress who advocates for transgender and nonbinary rights and access to work (Advocate, 2015). She was born in Kenosha, Wisc. and raised in Racine, Wisc. where she finished high school. While growing up, Ross was disparaged by her mother, an Evangelical Christian, because of her LGBTQ+ identity (Ennis, 2015). She was regarded as a “feminine” child and in adolescence was not sure whether she identified as a gay man or someone else. At the age of 17, Ross survived a suicide attempt prompted by her mother’s cruel remarks. It was then that Ross remembered that she wanted to live rather than die (Bried, 2015). She ran away from home after this rejection by her mother (Rudulph, 2016).

Ross hoped to attend Julliard and study music and acting. The 18-year-old figured she could pay for college using the G.I. Bill that the military would grant her, and so she joined the Navy in 1998.  She recalled that the environment was not friendly to her where she would often get teased and harassed. However, she was honorably discharged under the “Don’t Ask, Don’t Tell” policy after six months because she was not adjusting well to military life as a queer person. She did not receive the G.I. Bill she had hoped for. After a failed attempt to relocate to Los Angeles to kickstart her acting career, Ross returned home on her father’s supportive request (Rudulph, 2016).

Once back in Wisconsin, Ross became involved with drag culture in Milwaukee. There, she met drag queen, Traci Ross who became her drag mother — with whom she now shares her last name. Traci helped Angelica begin her gender transition, introducing gender affirming hormones which she began to take at age 19 (Rudulph, 2016). At this point, Angelica was kicked out of her parents’ house, fired from her jobs and struggled to find a new one when she began to openly present as a woman and go by a more feminine name. Desperate to find work and a place to live, Ross relocated to Florida where a friend helped her find work in the adult industry as a model and escort. This job gave her access to hormone replacement therapy (HRT) and implants as part of her medical transition. However, she realized that this was not a career she wanted, so she taught herself to use photo-editing software that she had access to as an adult industry model. Eventually, Ross redesigned the website she had used to post her adult work by teaching herself to code and graphic design (Bried, 2015). She left the adult industry in 2003 to help models retouch their photos while she took online classes for Cascading Style Sheets (CSS) and Hypertext Markup Language (HTML). Simultaneously, Ross began her acting career. She was cast in commercials and music videos and did more modeling. She has noted that her acting career did not take off because she was afraid

of discrimination from the male actors she would be cast with. She felt that she was holding herself back from truly giving herself to a role as an actress should (Rudulph, 2016).

In 2011, while tending to her family and mending her relationship with her sick mother, Ross heard of a job opening at Chicago House, a social services organization that was starting a new program called the Trans Life Center. The program would assist transgender people in finding employment, housing and health and legal services. Ross was hired as the employment coordinator. She noticed how transgender people were strongly encouraged to apply to fast food companies and suggested that the organization teach their clients technological skills. The organization strongly rejected Ross’ suggestions, so she left the company as soon as she could, two years later. Ross was convinced that transgender people could do well in technology; they only needed the opportunity (Rudulph, 2016). In 2014, Ross founded Trans Tech Social Enterprises, an organization that gives education and support to transgender individuals who face high levels of discrimination (transtechsocial.org). Open to LGBTQ+ individuals, many of the services offered by the non-profit are low-cost sliding scale courses in technological literacy, programming, coding and specialized skills in programs, such as Adobe Photoshop. There are also many sponsorships and scholarships that allow students to attend for very low cost or for free. She hopes to uplift LGBTQ+ people out of poverty through digital work (missross.com).

In 2014, Ross was invited to give a keynote speech for the Human Rights Campaign’s Corporate Equality Index Awards, which led to a marketing partnership between Trans Tech Social and the Human Rights Campaign. Ross was offered office space in Washington D.C. where she could continue to promote work equity through campaigns and her organization (Rudulph, 2016). In 2015, Ross was a featured speaker at the White House LGBTQ Tech and Innovation Summit (Dickey, 2015). In June 2019, she was a celebrity ambassador to the 50th Anniversary of Stonewall celebration during Pride alongside Laverne Cox, Anna Wintour and others (Yah, 2018). Later that year, on Sept. 20, Ross hosted the 2020 Presidential Candidate Forum on LGBTQ+ Issues, which made her the first openly transgender person to host an American presidential forum (Wheeler, 2019). And on Sept. 28, 2019, Ross was a featured speaker at the Trans Visibility March in Washington D.C. (Cummings, 2019). Since 2015, Ross has won six awards of recognition from major organizations for her activism and impact, including the Visibility Award from the Human Rights Campaign in 2016 (Human Rights Campaign, 2016).

Amidst her activism and struggles, Ross has found a balance between them for her acting career. Ross has been on screen since 2005 when she held small-time roles in movies to now, co-starring with Billy Porter in the award-winning drama, “Pose.” “Pose” highlights New York City’s African American and Latino LGBTQ+ and drag ball culture scene during the height of the AIDS epidemic in the late 1980s and early 1990s. Ross plays Candy Ferocity who struggles to balance her life in sex work and her day job. Ross appears across genres on American TV series including “American Horror Story: 1984,” “I Am Cait,” “Doubt,” “Claws” and “Transparent.”

Ross is currently filming season 10 of “American Horror Story” and is helping launch Project Fierce, an initiative to highlight Black transwomen and how “fierce” they are (The Morning Beat, 2021).