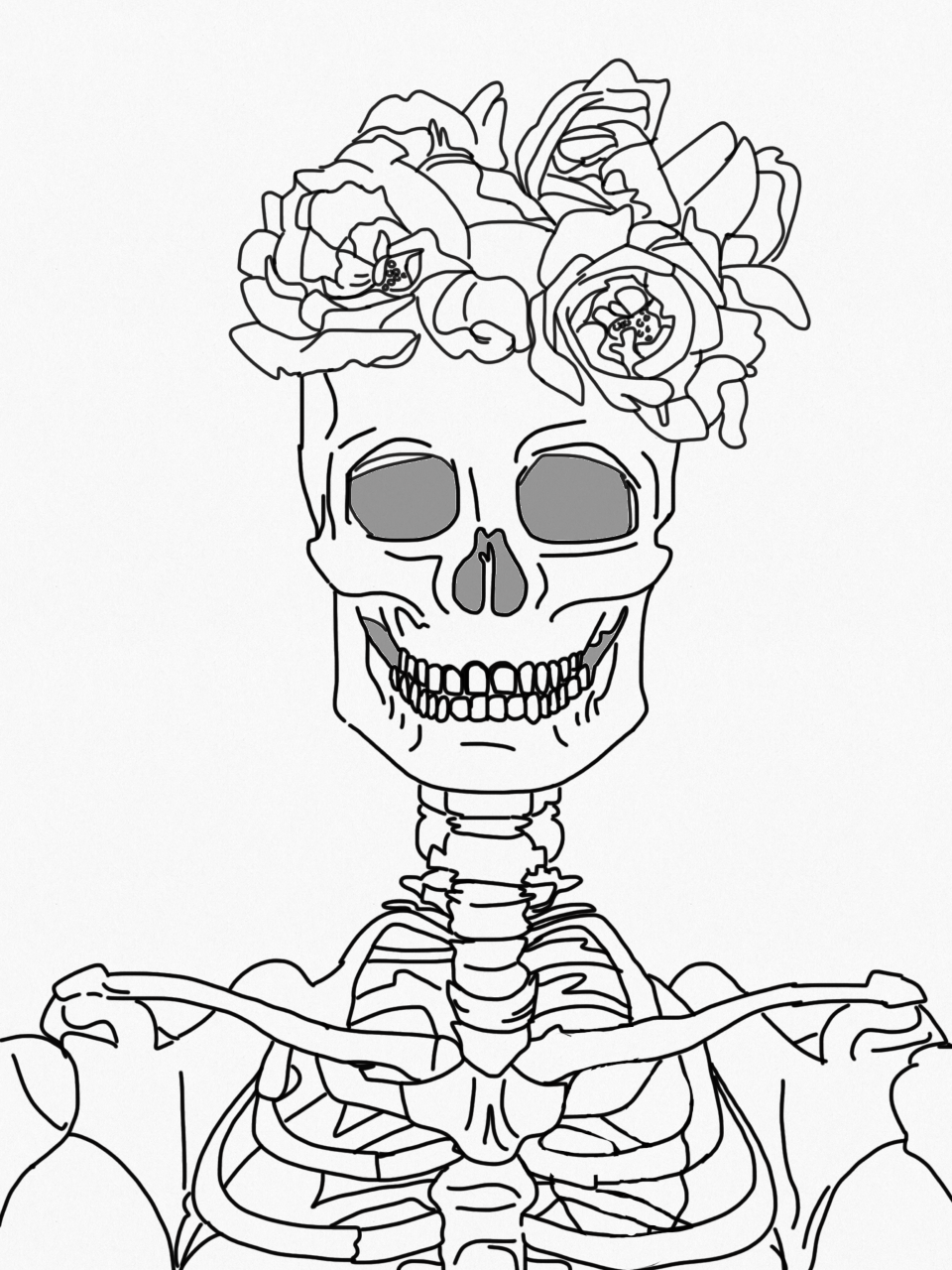 Welcome to Revolution Treehouse, your corner of the Lawrentian for all things creative, outspoken and changemaking! Art of every form is an evocative and efficient vehicle for political ideas, ranging from the protest music of the Vietnam War era to the graffiti transformation of confederate monu- ments during summer 2020. This column aims to share great art and cool facts about important historical and contempo- rary social movements with the Lawrence community because knowledge and inspiration make us powerful. Welcome to Revolution Treehouse!

Frida Kahlo’s face is ubiquitous to the point of commodifica- tion, appearing on objects such as mugs, shirts and even a Barbie doll, but the Mexican nationalism and anti-capitalism she advocated for in her art have, ironically, been erased from her story. Though Kahlo was born on July 6, 1907, she frequently told people she was born in 1910, the year that the Mexican Revolution began, because she wanted her birth to be associated with the birth of modern Mexico. In 1922, Kahlo entered the National Preparatory School, a “center of post-revolutionary Mexican nationalism,” with the dream of becoming a doctor. She was one of 35 women in a school of over 2,000. There, Kahlo befriended a group of students who championed socialism and cultural nationalism, and, like many educated young adults in post-revolution Mexico, joined the Mexican Communist Party.
In 1925, Kahlo was forced to abandon medical school after a streetcar accident left her with debilitating injuries, including a fractured pelvis and three displaced vertebrae. She taught herself to paint during her slow recovery. The physical pain that plagued her throughout her life is a through line of her self-portraits such as “The Broken Column” (1944), which depicts a stoic Kahlo against an arid landscape: skin pierced by nails and tears streaming down her face, her torso bound with metal belts that support her back. Art historian Janice Helland writes that, due to Kahlo’s lifelong suffering and immense resilience, she has been established as a “tragically romantic and exotic figure.” As a result, Kahlo’s works have been exhaustively psychoanalyzed and thereby whitewashed of their bloody, brutal and overtly political content. Though much of Kahlo’s work explores her worldly and inner experiences as a disabled woman of color, we do her a disservice if we reduce her radical legacy to a study of her psyche. Helland continues, “Kahlo’s personal pain should not eclipse her commitment to Mexico and the Mexican people. As she sought her own roots, she also voiced concern for her country as it struggled for an independent cultural identity.”

Before the Mexican Revolution, Mexico had been governed for three decades by dictator Porfirio Diaz, whose positivist regime “despised indigenous Mexican culture and held the United States and Europe up as models for economics and culture” (Andersen, 2009, p. 119). His policies favored wealthy Mexicans and foreign investors while leaving indigenous agricultural workers in poverty. The Mexican Revolution (1910-1920) was eventually successful in establishing a constitutional republic, and the new Mexican government reversed the anti-indigenous policies of the previous administration, including sponsoring socially impactful public art that would transmit a nationalist appreciation for indigenous culture to the masses.

The post-revolutionary romantic nationalism that united Mexican indigenous people through their traditional art is called Mexicanidad. Kahlo’s artistic expression of Mexicanidad placed a special reverence on Aztec culture, particularly symbols of hearts, skeletons and the goddess figure Coatlicue, which show up throughout her work. According to Helland, these Aztec images, which symbolize life arising from death, speak not only to “Kahlo’s personal struggle for health and life but to a nation’s struggle” to reclaim cultural identity after decades of European cultural influence. Kahlo was not alone in her reverence for pre-Columbian Aztec culture; the anti-Spanish, anti-imperialist attitude of the Mexican nationalists “identified the Aztecs as the last independent rulers of an indigenous political unit. However, by the early 20th century, the United States began to replace Spain as the intrusive foreign power [over Mexico]. [This] threat became particularly evident to the Mexican left when the United States interfered in internal political struggles between capital and labor.” The United States’ government took sides in the Mexican Revolution, working against revolutionary leader Francisco Madero because it feared for its business interests in Mexico under his leadership. President Woodrow Wilson was instrumental in ousting Victoriano Huerta from the Mexican presidency in 1914, and supported Venustiano Carranza in the bloody struggle for power after Huerta’s downfall.

Much of Kahlo’s work is an overt critique of the industrialized, capitalist United States. Her 1933 painting, “My Dress Hangs There,” juxtaposes the extreme wealth and extreme poverty in the United States through paint and collage. At the top of the canvas are a massive church and factory whose spire and smokestacks tower over photographs of Depression-era food lines pasted below. Pollution billows from boats and factories; a garbage can full of waste stands in the foreground; a fire burns out of control in a building. Amid this urban hell, a Tehuana dress, the traditional garb of the matriarchal Zapotec people, hangs; according to Corrine Andersen, it “stands out as a marker of difference. It occupies the place of the exotic Mexican as spectacle in the eyes of the depersonalized, consumer-oriented, over-saturated industrial world.” The entire painting invites us to bear witness to the evils of materialism.

Kahlo created another eloquent critique of the United States in her painting “Self Portrait on the Border Line Between Mexico and the United States” (1932). As in “My Dress Hangs There,” pollution billows from smokestacks and skyscrapers blot out the sky. The United States flag hangs in the smoke, a sickly apparition half-obscured by fumes. On the Mexican side of the border, the sun and moon fill the sky, casting their vibrant oranges and yellows onto the rain clouds around them. On the U.S. side, machines snake their wires into the ground, while on Mexican soil, healthy flowers and cacti plant roots. According to Anderson, Kahlo “stresses the United States’ imperialist desires as well as its artificial rela- tionship with the land in this painting. The US machines feed off of the Aztec vegetation.”

Although Kahlo was outspoken about many issues, these two paintings are particularly relevant to students in the United States. Our generation is fighting so many good fights for social justice, but we are still caught up in the imperialist, capitalist machine that fucks with other countries so it can hold onto power. We need perspectives like Kahlo’s that reflect our American exceptionalism back to us and show us that this country’s exceptional talents include murdering innocents and destroying ecosys- tems.

Frida Kahlo died eleven days after taking part in a protest against U.S. interference in Guatemala, and her coffin was draped with the Communist flag while it lay in state at the Palacio de Bellas Artes in Mexico City. Her life was political up to the very end.