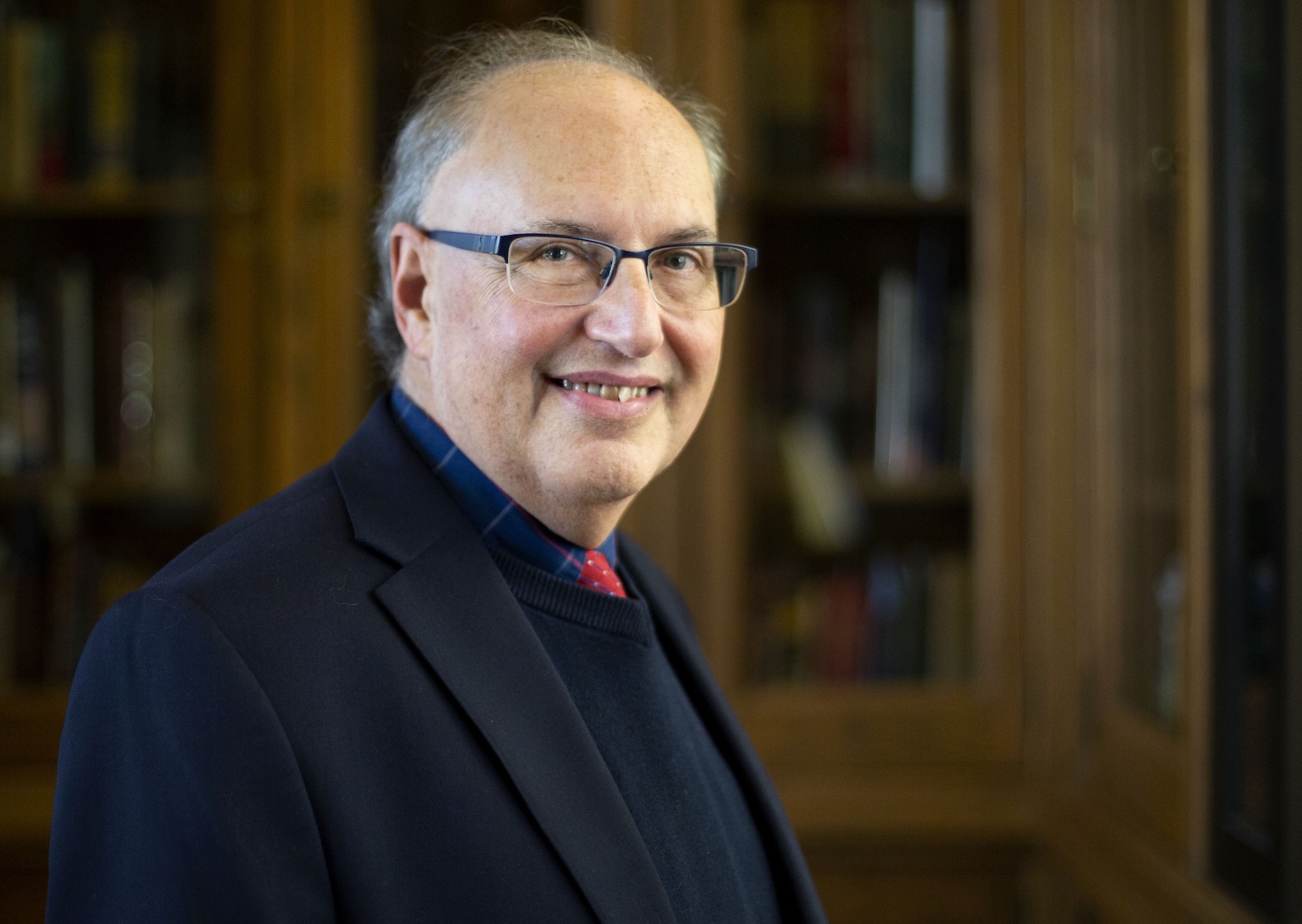 Photo by Danny Damiani/Office of Communications

“What are your plans for this summer?”

I’m writing a book entitled Promised Lands: A History of the American People in the Twentieth Century, and I’ll be spending this summer – and likely many future summers, winters, springs, and falls – working on it. This is among the longest of long-term projects.

I’ll also be following the fortunes of the New York Mets and eagerly anticipating what I hope will be a full, uninterrupted, and successful year for the Lawrence Vikings. It will be great to see them back on the field, court, and ice. Ready the Ship.

“If you could teach another subject, what would it be?”

I was a political science major in college, and my interest in political history began there (actually, I’ve been fascinated by it as long as I can remember). When I decided to go to graduate school, my initial impulse was toward political science, until I realized I was a historian at heart. But I’d enjoy teaching about American political institutions in the Government department – although Lawrence certainly has that area well covered without my “help.”.

I also have always been interested in Spain and modern Spanish history – I’m reading a book about the Spanish Civil War right now – and growing up as I did in New York City, the Spanish language was an essential part of the atmosphere. Not that I’d be qualified to teach it, but a course on Spain in the twentieth century, with an emphasis on the Civil War years (which are beginning to bear a disturbing resemblance to our own times) would be a dream come true.

“What’s your favorite class to teach?”

I’ve enjoyed every class I’ve taught at Lawrence, and pretty much to the same degree, so this is a tough one. But if I had to choose, I’d say my “Reconsidering the 1960s” course, where we explore what I call “the decade that defined us,” the one that has had the greatest influence on how we live our lives today. I always end the course by asking students to guess the event with which the 1960s ended (my completely arbitrary and subjective judgment), with an automatic A for the right answer. In over twenty years of teaching the course, no one has ever cashed in.

I also enjoy teaching “The JFK Assassination in American Politics, Culture, and Memory.” I am old enough to remember November 22, 1963, and like everyone alive that day, I can never forget it. Bringing that day to life for students, and exploring its enormous effect on the direction of American history – not to mention the enduring mystery of how and why John F. Kennedy died – has been a source of great satisfaction.

“What’s the deal with American Studies?”

American Studies is our nation’s first truly interdisciplinary area of academic study. The question of “what is America?” approached from a variety of perspectives – history, literature, philosophy, politics, religion, art, music, film, geography – is ultimately unanswerable, but, as always, the joy and reward lie in the effort and process.