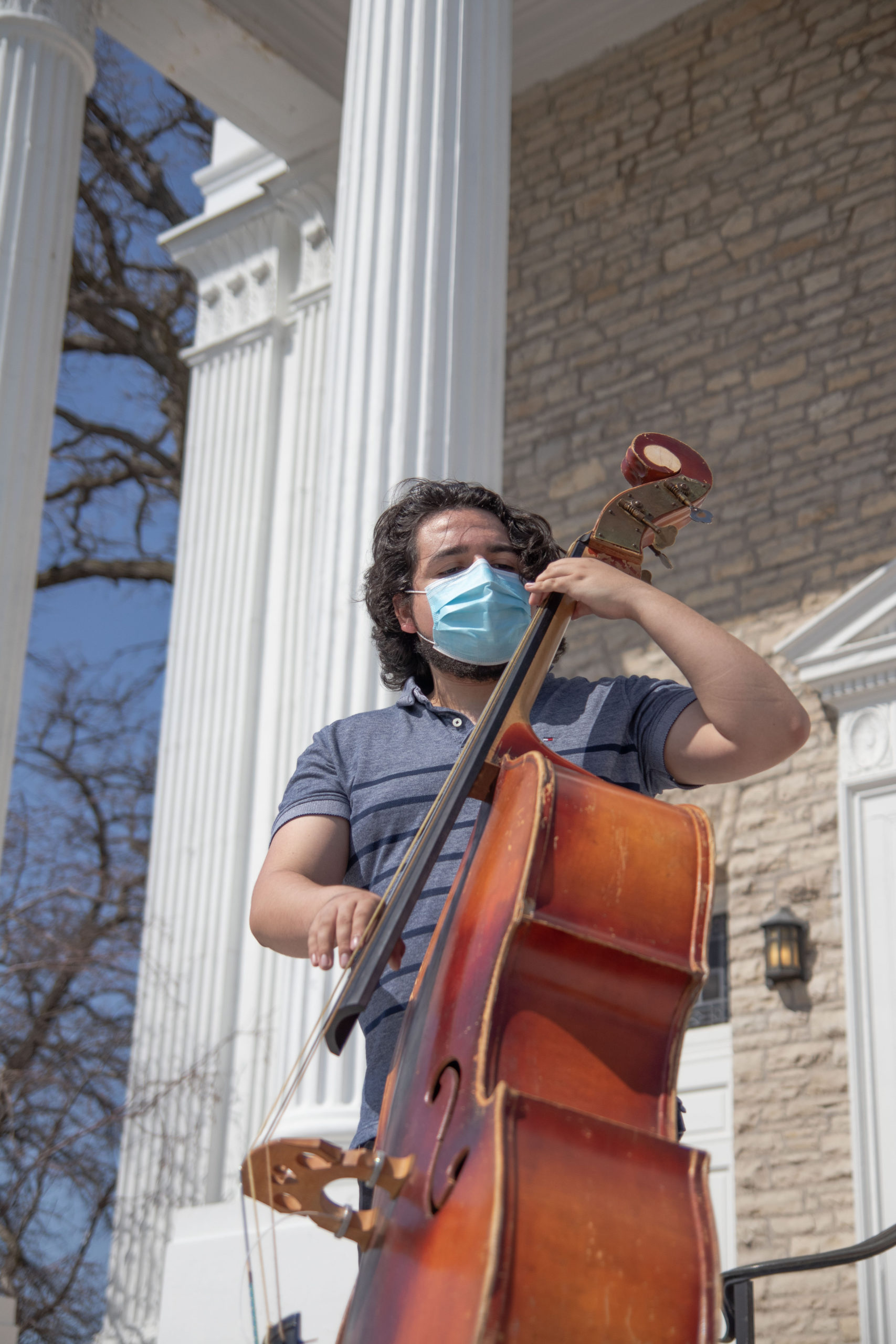 Mariachi may not be the most familiar sound to the Midwest, but in the past year it has put down roots at Lawrence. The Lawrence University Mariachi Ensemble (LUMÉ) began rehearsals last term thanks to the combined enthusiasm of first year Jando Valdez, Dr. Arau and LU musicians both with and without cultural connections to mariachi. Valdez is one of the founding members and student leaders of LUMÉ, along with a group of upper year Latinx students including Alex Medina, Willy Quijano and Ricardo Jiménez.

Mariachi, a style of music typically played by a small ensemble, was born in the Mexican countryside. Combining aspects of Indigenous, African and Spanish folk traditions, it soon became a cultural cornerstone, the backdrop to holidays, weddings and birthdays. Though the most widespread form of mariachi today is characteristic to the state of Jalisco, the genre developed divergently in different pockets of the country, resulting in a mosaic of musical tradition. Its popularity grew to span Latin America, reaching Colombia and Guatemala, where Valdez’s parents are from. With immigration and el movimiento Chicano, mariachi has also nestled into various parts of the US — as it does now all the way to Wisconsin.

Traditionally, a mariachi ensemble would consist of violins, trumpets and a guitar — all introduced by European colonizers — but also the vihuela, guitarrón and a traditional harp, which were developed from European instruments to better serve rural Mexican voicings. Following this example of flexible instrumentation, LUMÉ welcomes all musicians. “I would much rather alter the instrumentation than deny someone the opportunity to have an experience with mariachi,” Valdez explained. “Mariachi isn’t about the instruments, but instead about the connection to others and the passion transferred from the performer to the audience.”

Valdez and LUMÉ truly aim to bring mariachi to the people, an endeavor of great cultural responsibility. The music cannot stand apart from its background, and LUMÉ has been true to this aspect of mariachi by purposefully weaving a cultural education with a musical one. Valdez is grateful to Fredd Sanchez of Mariachi Continental de San Diego and LU alum Nestor Dominguez of Chicago Public Schools for offering their guidance and knowledge in representing such a broad, yet overshadowed culture.

“My aim is to give others a glimpse into the invigorating emotional connection that myself and other Latinx people feel when they hear songs from their childhood or home country,” Valdez stated about his goals for the group. He wants it to be a way for someone who has never heard mariachi before to gain familiarity, a sentiment shared by the rest of the group’s leadership. Valdez describes the team as passionate and driven in learning the music. Few of them specifically came from mariachi backgrounds themselves, but their willingness to learn before and during LUMÉ’s nascence now makes them invaluable to the less experienced musicians of the group. As Valdez put it, “An open mind is the greatest asset to a newcomer of the genre.”

With the help of Conservatory faculty, including Dr. Arau, Assistant Professor of Music, Chair of Music Education and Associate Director of Bands, LUMÉ successfully launched during a pandemic. Amidst unpredictable global developments by the day, LUMÉ offers a new expressive outlet on campus and for Latinx students, the music Valdez calls “pure nostalgia.”

LUMÉ will hold its Spring concert at 9 p.m. on Tuesday, June 1 in Memorial Chapel.