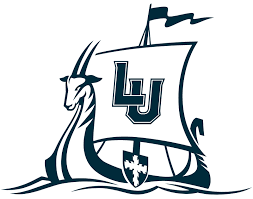 In the culmination of a 5-year rivalry between two strongmen, England’s Eddie Hall and Iceland’s Hafthor Bjornsson, a world record boxing match took place on March 19th for a ring-shaking six-round brawl. The boxing match has been in the works for the last two years as Hall challenged Hafthor after Hafthor broke Hall’s 500kg deadlift world record with his own 501 kg deadlift world record. With a rivalry stemming all the way from the 2017 World’s Strongest Man competition, but the two men’s tempers boiled over after Hafthor overtook the deadlift record by 1kg.

The boxing match took two years to take place with many delays stemming from injuries or contract negotiations. In the time it took to finalize the fight, Hafthor took on the challenge of having multiple exhibition fights to show off his new boxing skills. Hall, on the other hand, did not do much in terms of exhibition matches, but it was assumed that he was doing some sort of boxing training. The two fighters dropped drastic amounts of weight as there was no need to hold onto the sheer mass of bodyweight required for competitive strongman competitions. Hafthor dropped 132 lbs., weighing in at 335 lbs. on the day of the fight. Hall dropped 88lbs himself, weighing in at 313 lbs. The combined weight in the ring on fight night was a whopping 348 lbs. and just for the novelty of such a fight, the newly named “Titan” weight class was coined to put the two monstrous men in a division of their own. Being that heavyweight fighters, the biggest and hardest hitters in any combat sport, are a draw on their own, there was no doubt that there would be eyes glued to the screen to watch what took place on that night in Dubai.

Set for six three-minute rounds, the men finally took to the ring after a long two-year wait. The opening bell rang, and Hall came out of the gate with fast paced boxing. Hall was landing hard overhands at will on the taller Hafthor, a smart punch to try and land on taller fighters. Hafthor could not regain good footing and distance, essential for being the bigger man, and was at the mercy of Hall for half of the first round. Credit to Hafthor for keeping composure after eating some hard shots from an angry 300+ lbs. man. Hafthor regained his composure after Hall’s initial bursts of leaping strikes and found himself comfortable at his longer range to land jabs and step into hard straights from them. Hall’s overhands seemed to lose their effectiveness and his clear fatigue and predictable head movement spelled trouble for the later rounds. The round ended and the jab of Hafthor had found home on Hall’s face several times, creating the first and only cut of the match above the eye of Hall. Hall seemed much more tired at the end of the round and was drenched in sweat, whereas Hafthor looked like he had not broken a sweat.

Momentum seemed to suddenly shift in favor of Hall at the start of the second round as he scored a knockdown against Hafthor who was saved from hitting the canvas by the ropes. But that would be all Hall would find success in for that round after a second knockdown was ruled a trip on the part of Hafthor since Hall flung him down to the canvas in a weird flurry of arms. After coming back up, Hafthor dominated the rest of the round as Hall seemed gassed and was unable to find a way into close range in order to land his own strikes.

The third round began, and Hall was kept outside of his range for the whole round. Hall’s poor stance and lack of versatility in the striking became an issue as Hafthor had him figured out from here on out. The end of the round set the tone for the next three as Hafthor scored his first knockdown of the fight, landing a double jab-cross combination straight into the side of Hall’s head in the final seconds of the round. Hall would get back to his feet, but the momentum was all for Hafthor. All credit to Hall for eating a solid punch from a 300+lbs monster of a man.

The fourth round continued the same trend but allowed Hafthor to display the composure and technicality he earned in his two years of boxing training as he was able to parry and evade the wild explosive overhands of Hall. The two showed fairly good head movement, but Hall was unable to capitalize on slipping Hafthor’s straight punches. The same was true for the fifth round with Hall looking more gassed and throwing the occasional but still powerful flailing overhand from his lead or rear hand.

The sixth round began, and Hall found himself on the canvas within the first minute of the round as Hafthor connected once again with another double jab-cross combination over the top of Hall’s guard with a thunderous left hand, which laid out the Englishman. The heart and durability of Hall showed once more as he quickly got to his feet and was eager to get back into the fight. The final bell rang without much more excitement as Hafthor kept Hall at range and Hall was unable to break range for yet another round relying on a flash overhand and a now-weak jab.

Hafthor took home the “biggest belt in boxing” and the two men agreed to a rematch. Hopefully Hall prepares better for that if it does happen. Hall and Hafthor put $200,000 on the line for the loser to pay out to the winner’s charity of choice as well as a tattoo bet. Hall now has to tattoo Hafthor’s name somewhere on his body and pay out $200,000. The fight did not end in a knockout but was surprising to most viewers as the assumption that both men would gas out and show sloppy boxing was upended by the technical boxing Hafthor showed off throughout 18 minutes. Hall on the other hand is an example of what many expected to see from the two titan-weight men. Since the rivalry between the men still seems strong, were a rematch to occur between the two, I have no doubt that many would still tune in to watch two human equivalents of gorillas go back at it in the ring.