Trimesters aren’t great. Why do we still have them? 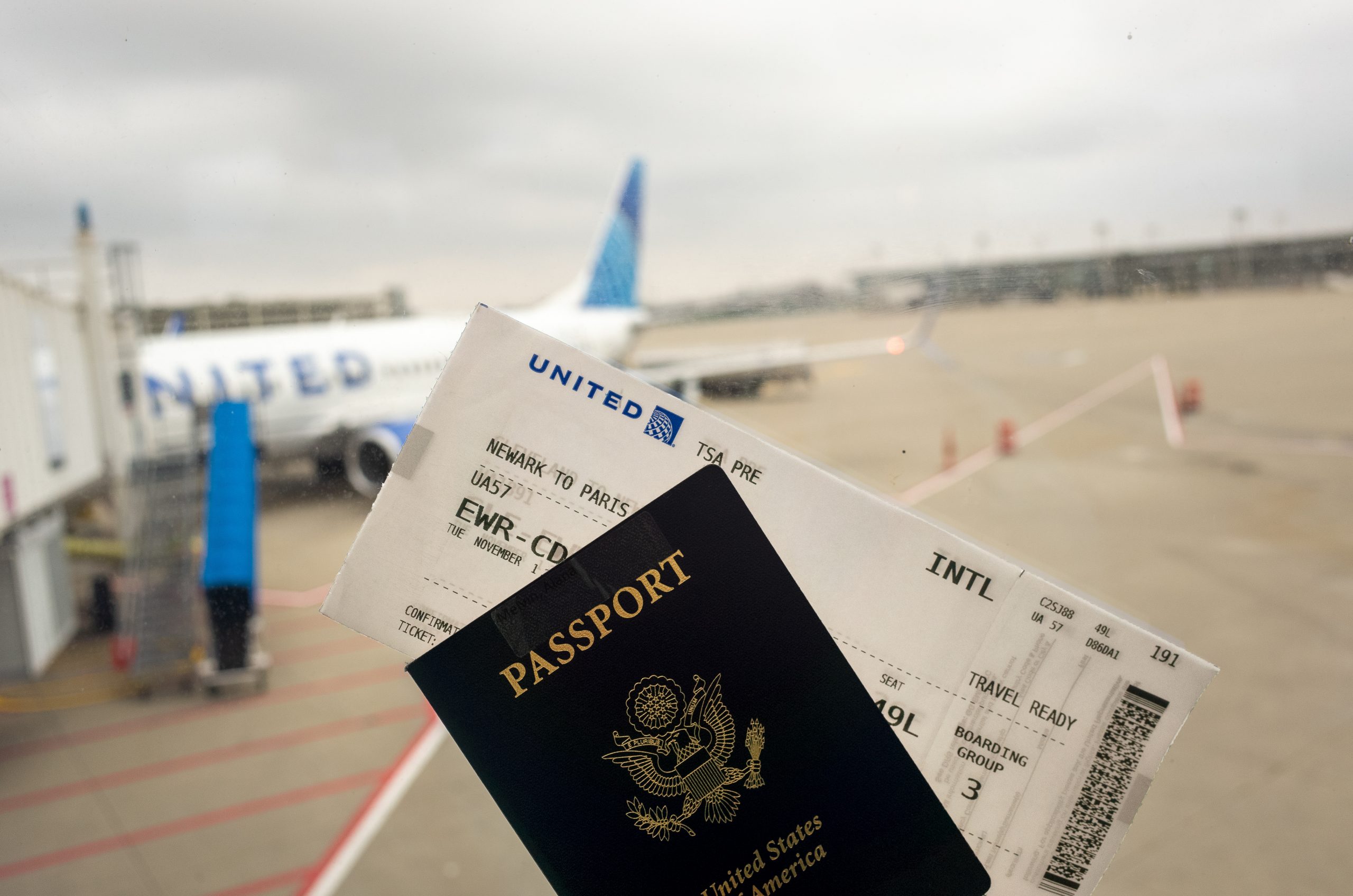 A planet ticket and passport. Photo by Alana Melvin.

For many of Lawrence’s students, including me, who live too far away from campus to drive, we have just passed the terrible point in the term where plane tickets had to be bought or prices would grow seemingly exponentially in price each day a person waited to buy theirs. Still, even for people buying further in advance, this term was a particularly expensive one. Ticket prices have largely returned to pre-COVID prices after a few cheap years, and the dates to fly out to campus at the beginning and end of fall and beginning of Winter Term are all on particularly inconvenient dates: I flew out to campus on September 8, I’ll fly back home on November 24 and I fly back out for the beginning of Winter Term on January 1. None of these are ideal, for a variety of reasons.

Some of these dates are bad for more obvious reasons than others. Flying on any holiday is expensive and generally terrible, making January 1 an unfortunate time to fly, but the days before and after a holiday might be even worse, so November 24, the day before Thanksgiving, is a day I am not looking forward to. The reason for September 8’s inconvenience is not quite so obvious, in part because I enjoy the privilege of having lots of friends closer to campus who are willing to take me in for a few days to help me save money on flights, but it still falls close enough to September 11 to be more expensive than usual since few people are willing to fly on 9/11. Are there ways I could shift my schedule to find cheaper, or more convenient solutions? Almost certainly, though probably not by much, and most solutions could either be cheaper, or more convenient, but not both; if I wanted more convenience I could pay extra to fly directly to Appleton on the day residence halls open, or incidentally, 9/11 is possibly the cheapest day of the whole year to fly on.

Still, these issues are largely impossible to avoid completely, and are instead just a symptom of being on the trimester system— I haven’t even mentioned that our late end of Spring Term ensures that the summer price hike kicks in just about when students need to fly back home. And having spent a lot of time on terrible flights thinking about it, I can say with confidence that there is unfortunately not a great deal that can be easily done about it. Move Fall Term any later and students are in school for Thanksgiving; move it any earlier and Lawrence’s academic year may align better with other colleges, but at the cost of having the shortest summer break in America. Winter can’t move forward without bumping into New Year’s and Christmas and moving it or Spring Term back further exacerbates the issue of getting out later than practically any other college, jeopardizing students’ access to summer gigs from a purely logistical standpoint. Another common complaint among students is about the difference between our six-week Winter break and our comparatively brief week and a half long Spring break, but the same issues as before still apply. Lawrence administration could consider changing the length of the terms, but making them longer seems rather unfeasible, and making them shorter could compromise Lawrence’s ability to compete with other institutions that are almost all on thirty-week school years. It would also exacerbate another common complaint among students and faculty, which is that pacing the terms which sometimes already feel too short is difficult and requires a fast pace to move through enough material to make a class feel like a full class worth of content.

These things matter too, so while I can imagine you may be rosining up the bow for your world’s tiniest violin for students studying out of state at a private school having to suffer the Great Injustice of sometimes having to fly at inconvenient times, this raises a more existential question about trimesters: why bother at all? It’s been well established that both semesters and trimesters are good but not great solutions to the school year. Semesters are what pretty much all schools do, and allow students to take more classes at the same time. Trimesters allow students to focus on fewer things at once, with shorter uninterrupted terms that align more naturally with the seasons, but have a variety of issues, one of which is that particularly at a school like Lawrence with such a strong music background, a huge quantity of students end up taking more than three classes at once anyway. It may be worth considering more out of the box alternatives.

One option would be to implement a system like Colorado College or Cornell College which allows students to take only one class at a time for around two weeks each, and while my opinion is that there should be more schools using this system, this is too bold for Lawrence, in no small part because the system seems incompatible with a music degree.

What if Lawrence shortened all its terms, but also added a fourth term in the summer, making them all more or less equally spaced apart? Say Fall Term was Oct. 2 to Nov. 17, Winter Term was Jan. 9 to Feb. 27, Spring was Apr. 3 to May. 22 and Summer was Jul. 3 to Aug. 26. If the main benefits of trimesters are that they allow for shorter terms and fewer concurrent classes, why not lean into that? Having four terms could offer more variation in terms of what students can do with their schedules, allowing students to take another step in guiding their own learning— another goal of Lawrence’s. Maybe students don’t need to take every single summer term, so they can pick and choose when to take classes over the summer and when to work or do jobs or internships. Maybe more class time throughout the year means that instead of three six-unit classes being standard, two six-unit classes and one three-unit class is more normal, allowing students to take on more extracurricular interests and accommodating some of the passion that leads to the “Lawrence busy” rather than stifling it.

Or maybe Lawrence takes a bold step culturally and decentralizes Christianity, keeping the trimesters but moving the start of Winter Term to the middle or end of December. This allows winter and spring break to be roughly the same length, and we can still have a day off from classes for Christmas and New Year’s. Why not also take days off for Chinese New Year, Eid, Diwali and Kwanzaa? It doesn’t make much sense to me to throw a massive wrench into our entire school schedule just to accommodate some Pagan holiday that Christians decided to assign Jesus’ birthday to while ignoring every other culture’s holidays at a school that brags about how diverse and international it is.

These possibilities admittedly would be radical transformational steps to take, and have greater consequences than I’m able to cover in any real detail in this article. But as I sit in lines at the airport and on delayed flights taking place around the holidays, and try to squeeze all the relaxation possible out of my too-short spring break, and rush through a semester’s worth of content in only ten weeks, it’s hard for me to not think about other ways of doing things, and I hope you do some thinking about it too. Because while I like trimesters, this can’t be as good as it gets, can it?