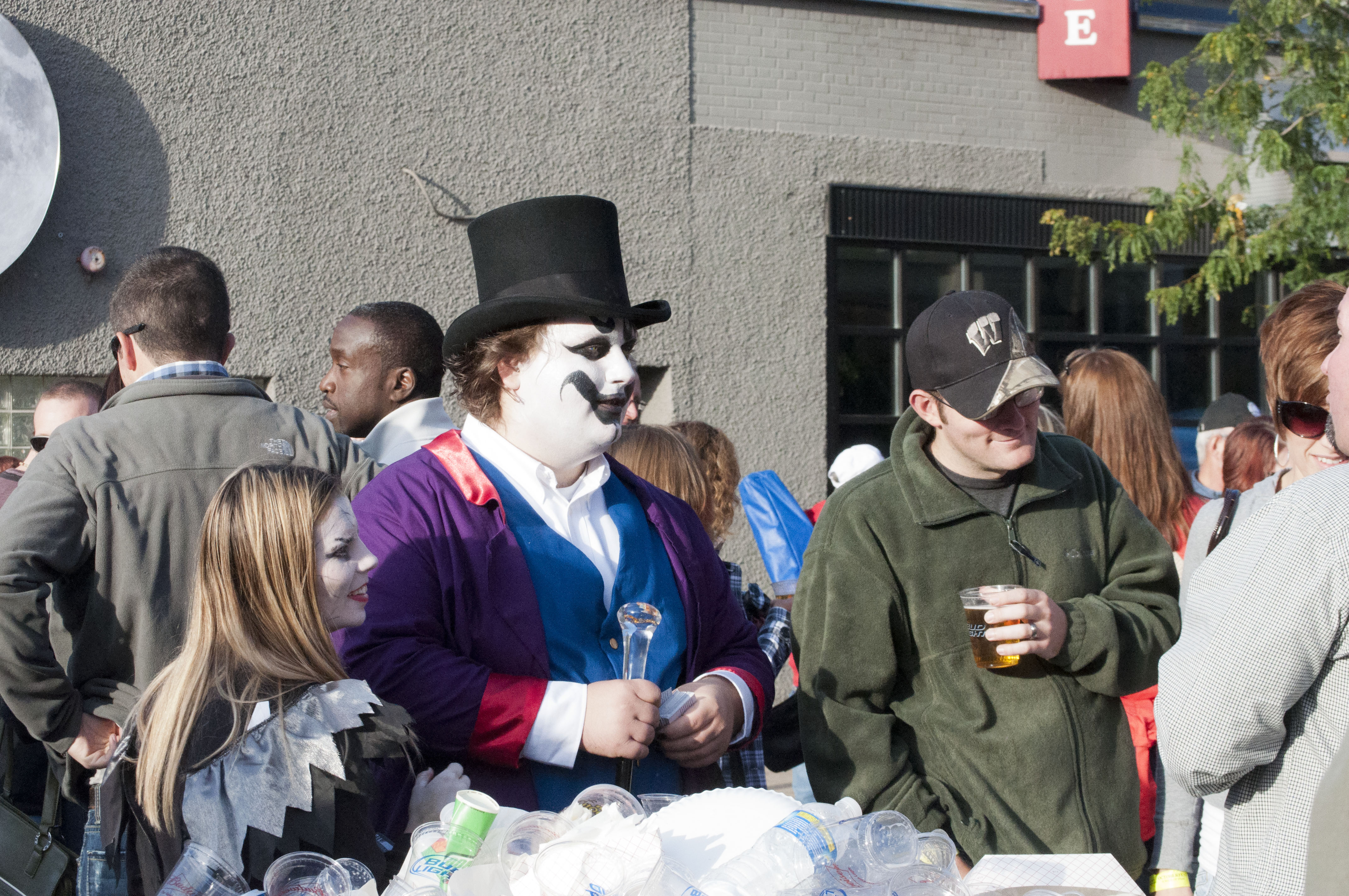 Appleton’s annual Octoberfest took place this past weekend. The fair consisted of License to Cruise, a variety of concerts and musical acts and the Saturday block party, which was full of Arts and Crafts vendors, as well as food booths sponsored by both local non-profit groups and local restaurants. Lawrentians involved themselves in the festivities in a variety of ways, from working to giving demonstrations for clubs.
Octoberfest is an annual fair is based on Germany’s Octoberfest, the world’s largest fair. The late-September tradition has spread around the world. The Appleton Octoberfest has been occurring annually since 1981, when the Appleton Downtown Retail Association—now Appleton Downtown Inc.—and the Fox Cities Chamber of Commerce and Industry, Inc. were looking for ways to promote the image of the community and to showcase local businesses.
On Friday evening, Sept. 27, as part of the Octoberfest festivities, 400 classic cars were shown on College Avenue for License to Cruise, a classic car show. This component of the festival was added in 1990 in an effort to expand the festival.
During the car show, a few restaurants sold food to those attending. Sophomore Dakota Carlson, a student who works at the Wooden Nickel, worked a shift during the car show. “It was amazing to see so many people out and about,” she said in reference to the crowd drawn by the car show. “I came last year but I had no idea just how big Octoberfest could get.”
The Wooden Nickel was just one local business out on college for Octoberfest. Many other local restaurants and businesses were impacted by Octoberfest and it seems as if they have benefitted from it in the way that the original planners intended.
Monika Austin, owner of College Avenue resale “butik,” Beatnik Betty’s, commented that “Octoberfest is always one of the busiest times of the year and everyone always seems to be in a good mood.”
The workers at Aspen Coffee agreed that Octoberfest is also one of the busiest timesfor them.
Bagelicious, a very new bagel shop, has been operating at the Saturday morning farmer’s market for a few months and opened the Monday before Octoberfest. While it is too early to gauge exactly how Octoberfest benefitted the shop in comparison to normal business, the point of primary interest to the owners is the exposure that Octoberfest seems to have provided Bagelicious.
While local restaurants had stalls during Octoberfest, much of the food being sold was from local organizations. These organizations included Woman’s Life, Faith Lutheran Church, the Fox Valley Vietnam Veterans Association and the Forest Junction Fire Department.
Some Lawrence students participated in Octoberfest by volunteering with or working for these organizations at the fair, while others participated in on-campus clubs.
One of these clubs was the LARPing club. This club is also known as K’lar, which is the Lawrence chapter of the national group, the Dagorhir Battle Games Association. The group focuses on battle games that are fought with foam weapons as well as other activities related to the greater world behind the battle games. This includes food, costumes and character story. During Octoberfest, a half-day practice was held to introduce the group to both Lawrence students and Fox Cities residents.
The arts and craft booths were located on College Avenue from Richmond Street to Lawe Street. The vendors sold a variety of wares including jewelry, Green Bay Packers memorabilia and Packers jewelry. One vendor offered henna tattoos while another offered a belly dancing demonstration.