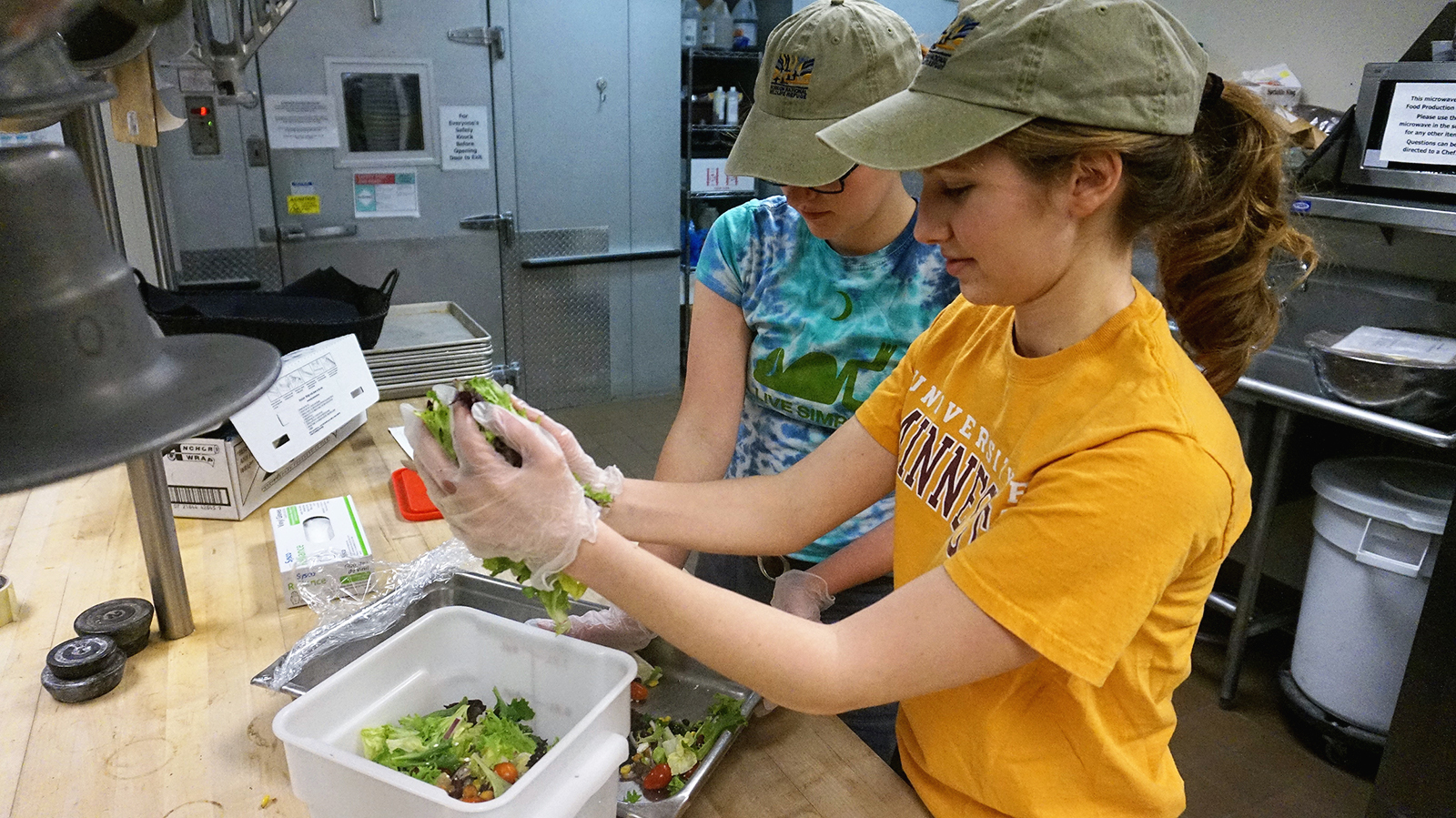 With so many different clubs and organizations on campus, it can be hard to keep track of all of them, let alone decide which ones to join. One that stands out is Lawrence’s Food Recovery Network, a chapter of the national Food Recovery Network organization, dedicated to lessening food waste on college campuses by donating food that would otherwise go to waste to those in need.

“Food is such a thing that we all share, so I think it’s a great way to connect people and to really think about the impact you’re making,” said junior and president of Lawrence’s Food Recovery Network Lindsay Holsen. “You get to interact with a lot of different clubs and different people on campus and also help make Lawrence more sustainable and fight hunger at the same time, so it’s a good balance of things,” Holsen added.

The organization works with student groups, such as Greek life and sports teams, as well as local organizations, including Homeless Connections, COTs, Loaves and Fishes and Boys and Girls Club. Right now, the club is working with Appleton’s Salvation Army. Volunteers recover food from Andrew Commons to be transported every week on Mondays, Wednesdays and Fridays.

On recovery nights, a leader is designated from the Food Recovery board to help direct volunteers. The work involves transferring food from Bon Appetit pans to other Tupperware that will eventually be transported to that community organization.

It really is a two birds, one stone situation: by sending our excess food to people who need it, less food is wasted and perfectly good food gets to people in need in the Appleton community. “I think sometimes people don’t know, but sometimes we’ll get multiple hundred pounds of food wasted every week,” Holsen said.

Lawrence’s Food Recovery Network was founded by Shang Li ‘16 and Maggie Brickner ‘14 as a project for Li’s Innovation and Entrepreneurship class. Since its’ inception, the organization has continued to thrive at Lawrence. Between 4,000 and 5,000 pounds of food has been recovered since its formation in 2014.

The Food Recovery board currently has ten members including the President, Treasurer, Statistician, Secretary, Outreach Coordinator, Publicity Chair and Volunteer Coordinator. The variety of positions on the board allows for a diversity of experience for those involved.

“It’s not like you have to be totally into food, you could be more on, like, the scheduling side, or if you are really interested in marketing, it’s, like, a good opportunity to practice that,” Holsen explained. The board holds weekly meetings on Mondays. “It’s not a huge time commitment, but it’s a great way to see another side of Lawrence,” Holsen said.

Despite the presence of so many clubs and organizations on campus to be involved with, the Food Recovery Network definitely stands out as a great option. What better way to give back than providing food for the hungry in the Appleton community while preventing food waste in our own campus community at the same time?