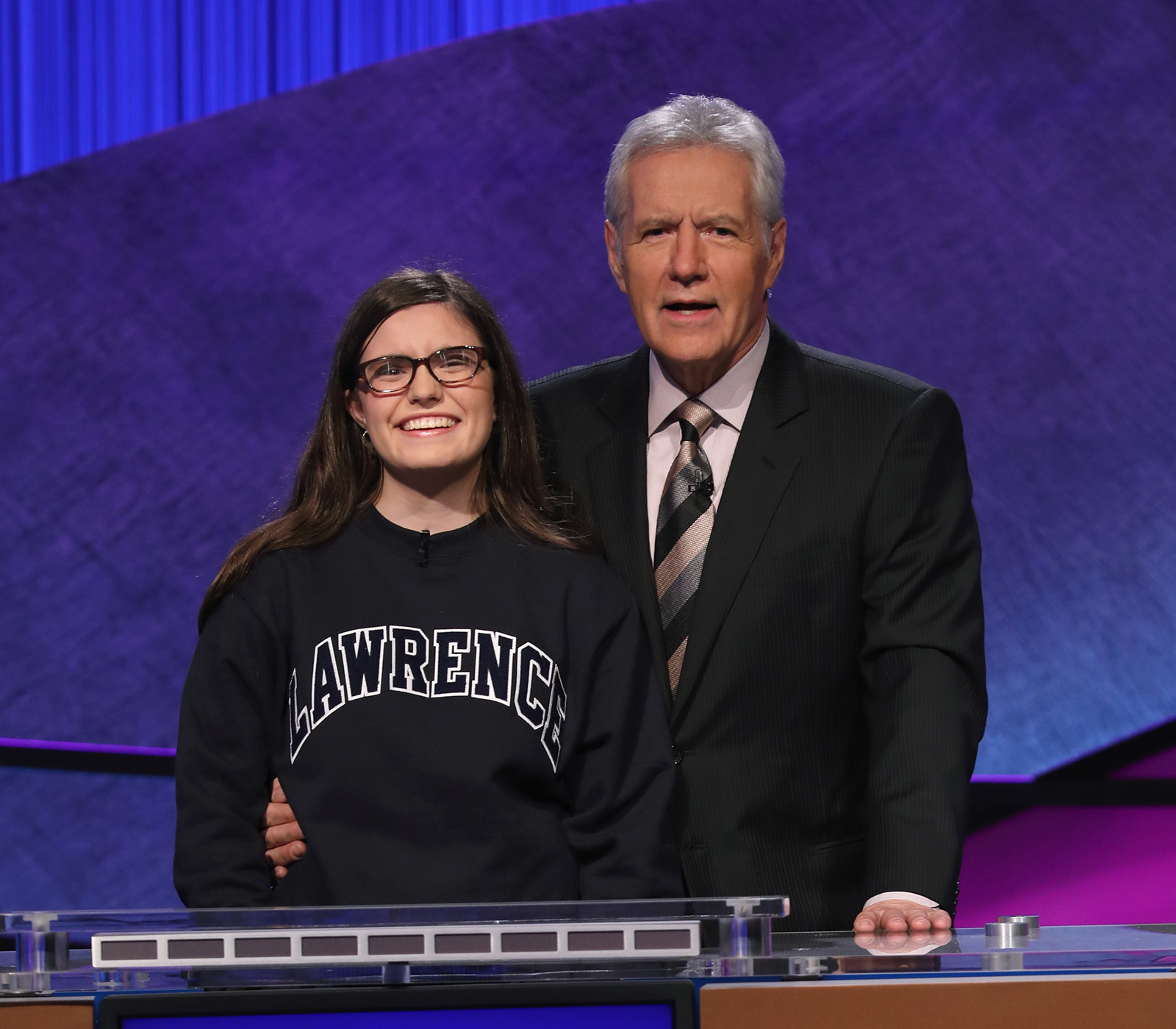 Allison Holley is pictured here with Alex Trebek, who has been the host of Jeopardy! for the past 33 years.
Photo provided by Allison Holley and Jeopardy Productions, Inc.

This show is known as “America’s favorite quiz show,” and this past Thursday, Feb. 16, a current Lawrence student competed in its annual college tournament. What is “Jeopardy!”?

“I’ve always loved the show,” explained senior Allison Holley. “I was watching the college tournament this summer, and I decided since it’ll be my last chance at it, maybe I should just try.”

Holley, an English and Spanish double major, is the first student from Lawrence to compete in the “Jeopardy!” College Championship since the tournament first started 29 years ago.

The selection process for this year’s contestants began near the end of 2016. “I took a test in late September. It was 50 questions, all online. I got a confirmation email, and I didn’t think I’d hear anything else,” Holley said. “Then a couple weeks later I got another email asking me to go to an audition in Chicago.”

Having made it past the initial test, Holley traveled to Chicago shortly before the end of Fall Term. The audition involved introductions, a mock game and another written test. “Then from there they said they’d call before the holidays if I made it through. So I thought ‘Okay, well, that was fun but I’m not going to make it through,’” she said. “Then on December 2, I got a call and they said ‘We want you for the tournament.’”

As a longtime “Jeopardy!” fan, Holley has been preparing for the competition much of her life by watching the show. “I really haven’t missed an episode since middle school. So when I’m not at home my family just records episodes and we watch them en masse when I am home,” she said. “But we were able to treat them a lot more like serious practice sessions, so I stood and used a click-pen to buzz in to try to get the timing down.”

In early January, Holley flew to California to film the episode along with 14 other college students from around the country. Holley was the only contestant in the 2017 tournament from a school in Wisconsin.

In the first round of the tournament, she competed against Mohan Malhotra a freshman from New York University and Cory Schmalzle, a senior from Lehigh University. Holley was narrowly beaten by Malhotra and finished in second place. While she will not be advancing to the next round of the tournament, Holley did not leave empty-handed. Apart from the cash prize awarded to the contestants, Holley is sure to remember her time on the show.