“It’s On Us” week aims to end sexual assault 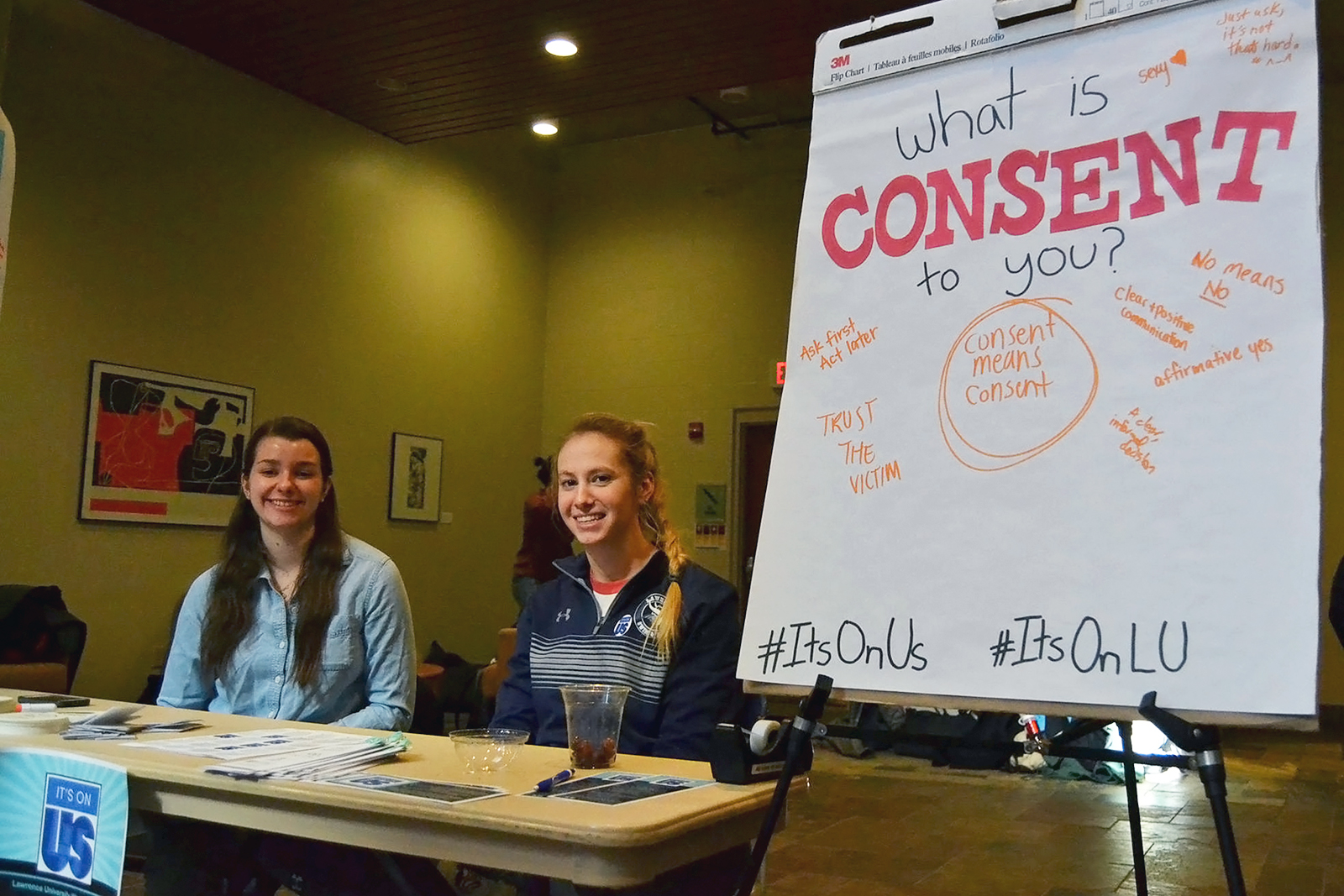 This week marked the Sexual Harassment and Assault Resources and Education (SHARE) committee’s “It’s On Us” campaign. Started by the Obama administration in 2014, the campaign asks people to pledge that they will no longer be a bystander to or commit sexual assault. Many colleges and universities have brought the campaign to their campuses. The goal is to raise awareness and put an end to sexual assault on college campuses.

“In order to bring Lawrence into the ‘It’s On Us’ community, we are doing different events every day, with the help of the Student Alliance Against Sexual Harassment and Assault (SAASHA) and Men Against Rape and Sexual Assault (MARS),” began junior and SHARE advocate Naomi Oster.

Although students played a big role in planning the events this week, staff and faculty also got involved in organizing.

“Staff and faculty have worked hard to put up posters, make brochures and get all the money to do all of it,” continued Oster.

“At 4:30 [p.m.] in Main Hall, Jones is giving a talk called ‘Let’s Talk About Sex,’ which is all about consent and communication and I am really excited about that,” said Oster.

Despite positive intentions, SHARE had some concerns surrounding the week.

“The thing that we worry about the most and the thing that we have to keep in mind when you bring up the topic of sexual violence is to take into consideration that this is a triggering subject and even talking about support is hard for people,” said Oster. “So it is important that we aren’t just asking people to take this pledge but that we are also taking care of survivors and making sure that they feel safe on campus and that they feel most supported.”

A variety of support avenues are available for students.

“Cathy Kaye, the campus advocate who works through the Sexual Assault Crisis Center in Appleton, can walk anybody through any part of the process and direct them to any resources and solutions they might need, confidentially, from any side of this issue,” said Oster.

Students interested in getting involved in making changes on campus or looking for a group of support can go to SAASHA meetings on Wednesdays at 8 p.m. in Draheim House.

“We want to encourage people to talk about these things and to stand up when they are in these situations,” concluded Oster.