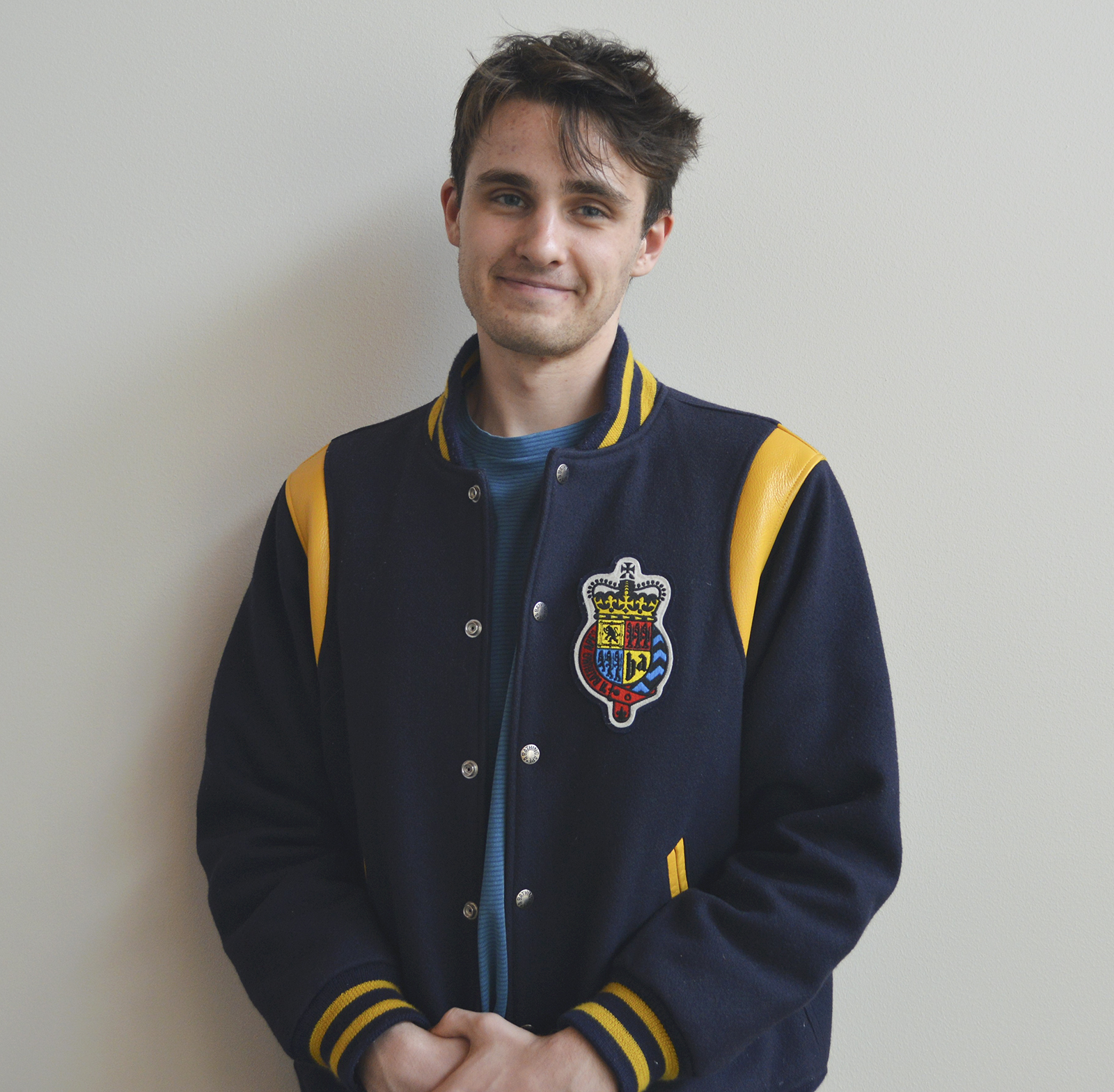 At Lawrence, the Studio Art Experience gives students the opportunity to explore different types of artistic mediums and work closely with their instructors, as well as having the chance to display their work in the Wriston Art Center galleries and around campus. Having come into Lawrence planning on majoring in computer science, senior Noah Gunther says that he switched to a double major in English and studio art because “I felt like I would get more opportunities to do creative or experimental things.” During his college search, Gunther said that Lawrence proved to have a different kind of positive energy. The diverse classes Lawrence offers has allowed Gunther to incorporate his interest in computer science with both of his majors and his Senior Experience project for his studio art capstone.

For Gunther, studio art allows him to still work with digital technology and computers. The New Media in Art course that is primarily taught by Associate Professor of Art John A. Shimon helps students work with and learn about different media. “New media classes are really interesting because you work with digital technology mostly, but you can do whatever you want, so you can make experimental movies or digital photography [and] interactive media.” Gunther has also seen an overlap with his two majors. “Overall, English written language and art are very strong communication tools and have a lot of power to how we shape our understanding of our world, so I think that both of those together have a lot of potential to be very valuable tools,” Gunther adds.

Right now Gunther is putting finishing touches on his project for the annual Senior Art Show, a chance where senior Studio Art majors have a chance to showcase what they have been working on and learning about during their time at Lawrence. Shimon, as the new media and photography professor, along with Frederick R. Layton Professor of Art and Associate Professor of Art Rob Neilson in sculpting and Associate Professor of Art Ben Rinehart in print-making have helped Gunther in gathering materials needed for him to make his virtual reality for his Senior Experience project. “I am working on making a virtual reality environment, so the Art Department bought a VR headset with controllers this year,” Gunther states. Associate Professor of Mathematics Joseph Gregg in the Computer Science Department has also worked with Gunther for his senior project, lending him a strong computer to run the virtual reality application he is creating. For the Senior Art Show Gunther will have an interactive exhibit. People will be able to take turns wearing the VR headset and controlling the world while others will be able to interact with prints of the imaginary world and see the physical creations that Gunther made from the 3D print lab in the library’s Makerspace.

As a former editor and writer for The Lawrentian and a past member of Art House, Gunther’s interests fit in well with Lawrence’s multi-interested liberal arts education. While plans after Lawrence are not set in stone, Gunther hopes to work with some sort of interactive media or communication area as well as explore graduate school options in the next couple years. Though entering freshman year as a computer science major, Gunther advises future students to take a look at the many different resources and courses Lawrence has to offer: “I think that if you want to be an artist of any kind, a really valuable thing to spend time doing is just working on stuff. Even if you don’t think it is very good…whether it is drawing or sculpting or making computer art, just work on it a lot and get familiar with how you work even if you are not making stuff you like a lot. Eventually it will be something you are happy with,” Gunther shares.

Make sure to stop by the Wriston Art Center’s Senior Art Show 2017 to see what Gunther has been working on for the last couple months. The opening reception will be at 6 p.m. on Friday, May 26.