Sustainable China Program gears up for 2017 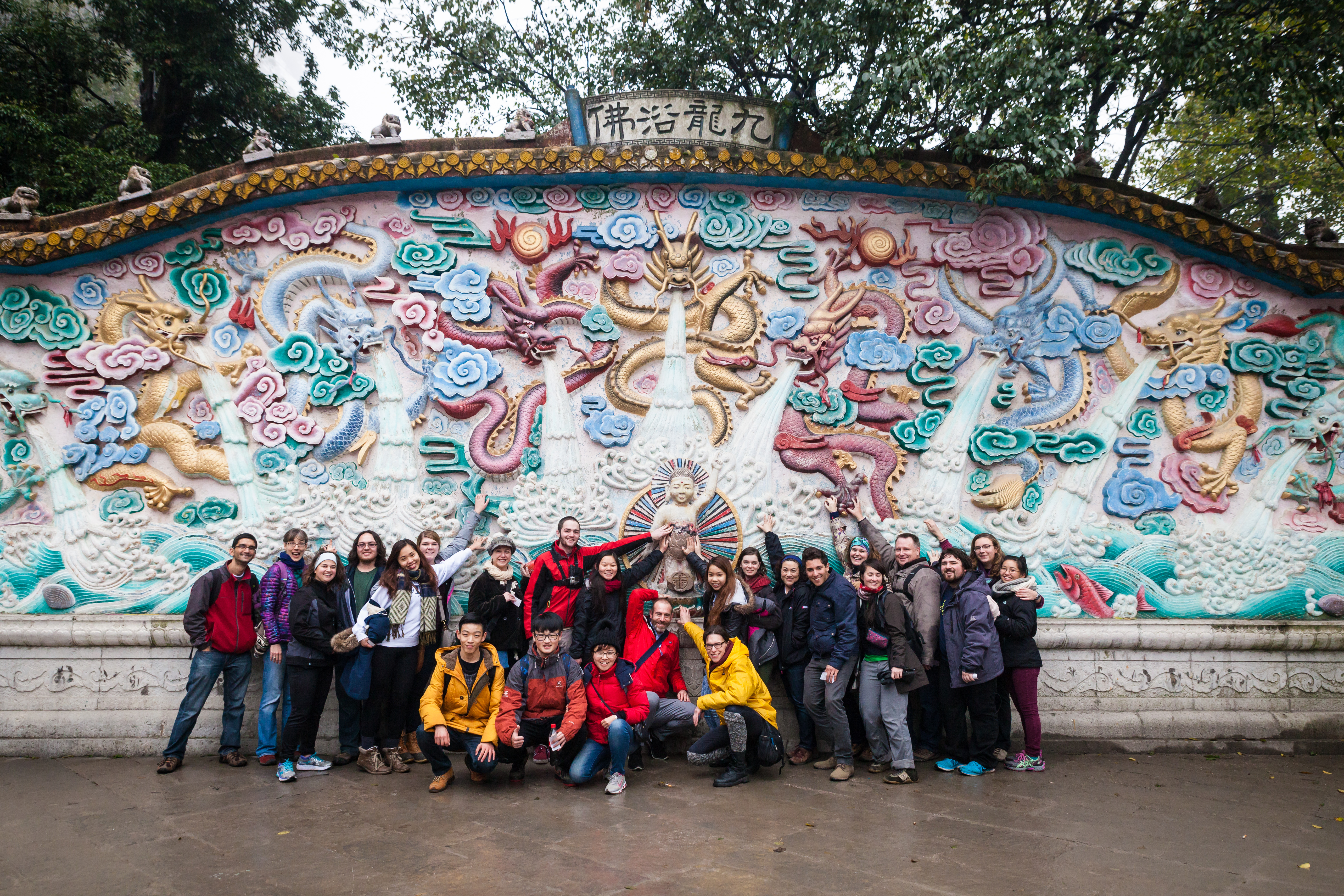 The Sustainable China program will be making a comeback in Dec. 2017 after a successful Dec. 2015 trip. Described as a “traveling classroom,” “the main goal Sustainable China has is to connect those readings from [pre-requisite classes] to on-the-ground experiences in China,” said East Asian History Professor Brigid Vance, a faculty member who went on the 2015 trip.

Prior to departure, the trip participants will prepare themselves with a beginning course in Chinese and an Economics class that provides an overview of China’s rich history, culture, economic development and environmental sustainability issues. In this class, the students discussed these topics in the context of the five cities they were going to be visiting; and each student focused on one city and did more extensive research on its development and environmental policies. They also got an overview of all the topics they had encountered on the trip, like air pollution, the economic gap between the urban and rural development and water policies. On the trip, students have the opportunity to use what they have learned in the two prerequisite classes in order to better understand their experience in China.

Former trip participant, senior Elana Lambert said, “China was a very interesting place to study because it has so many contrasting themes. For example, when we were in China, there were huge skyscrapers next to small, traditional markets.” When in China, the students got to see how the areas they have studied—history, culture, politics and economic development—all connected and interacted with one another in the context of the country.

When visiting the cities, students not only explored the cities as a group, but they each got the chance to explore on their own as well. Junior Emma Arnesen shared, “The best part of the trip for me was when I saw the cities on my own, because there’s only so much you can get from a tour guide or a museum.”

The first city the group travelled to was Shanghai, one of China’s international hubs. In the city, they walked around the Bund and visited the Urban Planning Museum and the City History Museum. Next, the group went by train to the city Wuxi. Wuxi was transforming into more of a tourist attraction as expensive tourist shops were taking the places of houses. Here they saw historical redevelopment projects and paid their respects at the Donglin Academy. After, they spent a week in Guiyang, a Southwestern city in China. They took daytrips from the city, and one night included an overnight stay in the Ye minority village in the mountains. There they got to see the differences among regional dialects.

Afterwards, they visited Shenzhen, built in the 1970s from scratch as a special economic zone with consideration of its proximity to Hong Kong for commercial interest. The group participated in a walking tour of the city journeying from the remains of an old fishing village to the new Mix City Crossing Mall. The last city of the trip was Hong Kong. There they did a walking tour that highlighted historic preservation challenges. They also got the chance to meet with alumni from Lawrence who spoke of their times at Lawrence and how their degrees factor into their current work. When they came back to Lawrence, the group shared their experiences with the program to the community. After the trip, if the students wanted to continue their studies, they could propose their own independent research projects.

The Henry Luce Foundation fully funds the Sustainable China trip for all participants. The foundation also funds Lawrentians for their summer research if they want to do independent projects in China. The Sustainable China program is open to any freshman, sophomore or junior student, no matter their area of study. Four to five faculty members of different departments accompany the students on the trip. The diversity of majors and departments on the trip encourages different perspectives about the areas of study within the program when thinking critically about things through the classroom and then using that knowledge in China itself. The program shows what being a liberal arts student is really like.

Senior Kyle Labak talked about his experience on the trip stating, “I’d recommend going on this trip, because it’s life changing. I mean that in the sense of you making a ton of memories, meeting new people and friends, building strong connections, and getting a more concrete sense of the relationship between academia in the classroom and the complexity of the real world.”