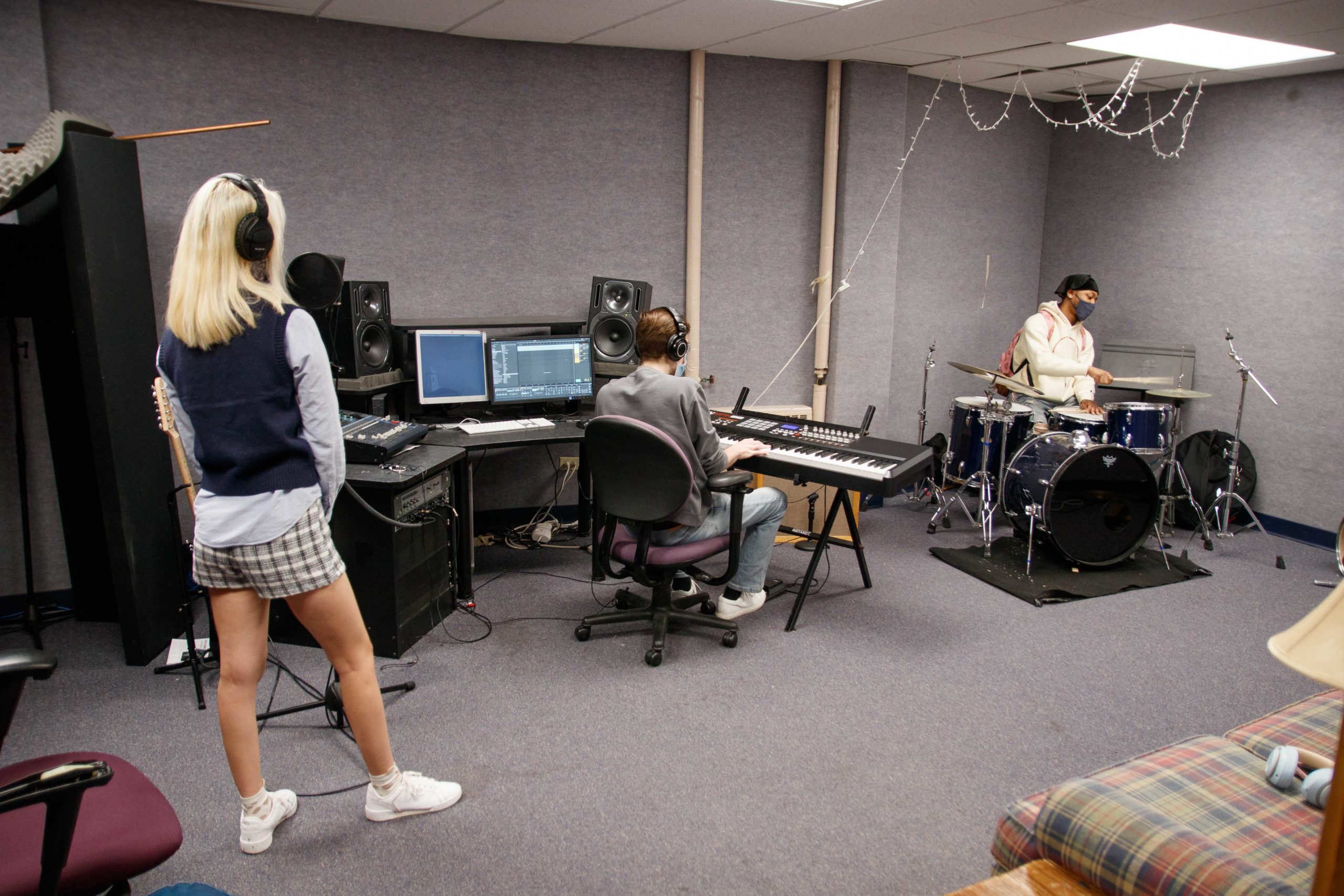 Tucked away in the basement of the Music-Drama Center, in the corner of WLFM studios, is Students of Lawrence Studios (SOL). SOL has been an organization on campus for many years now, bringing events such as “Live at The Draw” from Winter Term 2020 and various open mic nights to the Lawrence campus. The little studio holds a comfortable energy and has software and space for Lawrentians to create and mix music.

Heading up the leadership right now is senior Daniel Green who has served as the president of the organization since the end of his sophomore year. He explains, “I came into SOL as an aspiring artist and with my own personal experiences on campus. I felt more like the archetype artist for SOL Studios, so becoming president sort of rattled my brain because I had to put a different hat on.” Green continued, “I no longer thought of myself as just an artist only accountable to my own work and started thinking of myself as someone who is accountable for the organization.” During his time in this position, Green has prioritized accumulating tools that would help artists to be successful in their process of making music. His unique skillsets, producing, songwriting, engineering and performing give him the perspective to know what would elevate the quality of the space. He intends to bring the recording software and equipment to full functionality by the time he graduates in the spring.

Green notes that, in previous generations of SOL studios, many of the artists involved were DIY musicians who were individualistic and tried not to depend on too many people, but in more recent history, the practice of collaboration has “taken over the idea of what this space can be.” Since the addition of the newer audio interface, SOL has created greater connections with the Conservatory. They have seen artists collaborate more with instrumentalists to release music. This is the kind of work that SOL intends to do and the space it fills on this campus — giving students access to a space where they can bring their work out into the real world.

Green says that one thing that he thinks is important about SOL is that everything that is made there has real world impact in the community. Their tendency towards collaboration extends outside of just relationships between artists — they have partnered with the Band Booking Community, Lawrence International, Black Student Union and Lawrence’s Rabbit Gallery to create relationships between organizations as well. This gives SOL members chances to perform at various events that are held on campus.

The studio is open to any student at Lawrence who has the desire; all they need to do is reach out to a member of the board to get access. “We don’t really care what you do, as long as you feel like being around and being a vibe, then come through.”  For those with interest, Green has offered himself as a point of contact at greend@lawrence.edu. In addition, he and other SOL members will be available for questions and communication on Friday, Oct. 23, at 8 p.m., when SOL is hosting an open mic night in the Somerset Room. Here, the stakes will be low and students are free to attend and share what they can do.