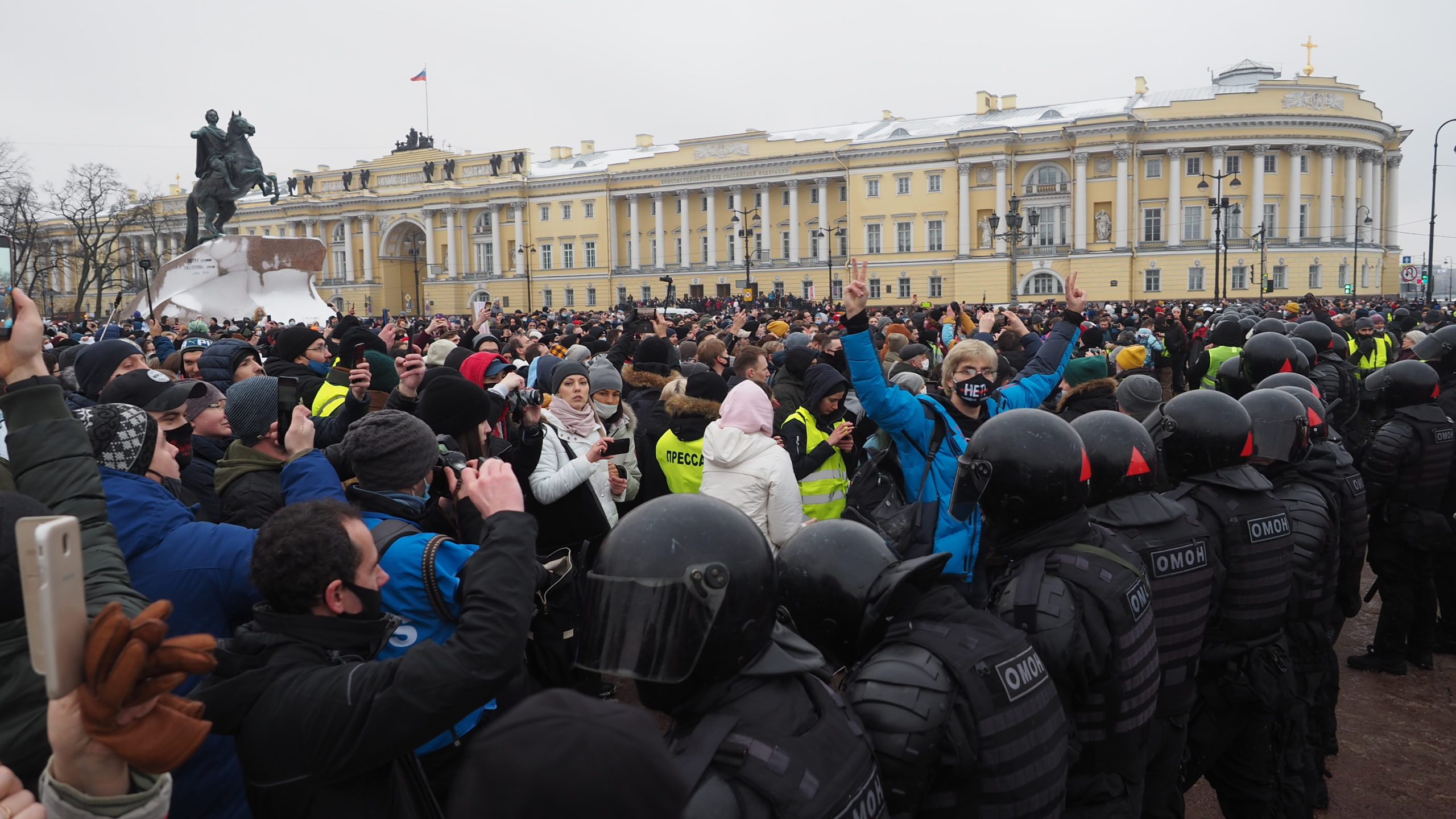 Free Alexei Navalny! Свободу Алексею Навальному! You may have seen this phrase floating around coupled with pictures of protesters from all around Russia, including gatherings from Siberia’s inhospitable climates for the sake of political voice. Such political action may not seem like anything new to the typical American since the U.S. has a robust and seemingly ever-present history of political activism and protest because of the constitutional ability to speak, publish, assemble, and associate with one’s own beliefs and personal agenda. Black Lives Matter protests are continuing from 2020 well into this year, and another recent movement was #MeToo’s viral reuptake in 2017. In comparison, Russia does not have such a recent culture of protest. It was only just after the fall of the Soviet Union that the Russian Federation constitutionally permitted the right to peaceably assemble in 1993. However, it is still difficult to demand social and governmental change without serious consequences.

Alexei Anatolievich Navalny (Алексей Анатольевич Навальный), age 44, is a primary political opponent to President Vladimir Putin who acts as an opposition leader, lawyer, and politician. Allegedly, his political agenda is to reform corruption in Russian government. He is the leader of the Russia of the Future party and the founder of the Anti-Corruption Foundation, FBK (Englund, 2011). His most recent political view allegedly includes support of Black Lives Matter (Euraisanet, Alexsandrov), gay marriage (LRT, 2017) and pro-Muslim initiatives (The Hill, 2015), opposing many of Putin’s current policies.

On August 20, 2020, Navalny was admitted to an emergency hospital in Omsk, Russia with his wife, Yulia at his side. He was in critical condition and fell into a coma and put on a ventilator soon after admission. His spokesperson alluded to potential poisoning as he had been seen drinking tea all that morning. Navalny was transferred to the Charité  in Berlin, Germany for treatment on Aug. 22 (Johnson). The investigation that followed identified the poison as a Novichok nerve agent, a chemical weapon allegedly capable of being delivered in the forms of liquid, aerosol or gas (Deutsche Welle, Sept. 2020). Navalny and his team concluded that members from Russia’s Federal Security Service were responsible for his poisoning (BBC News, Dec. 14, 2020).

On Jan. 17, 2021, Navalny boarded a plane back to Russia despite being warned by the Federal Penitentiary Service that he may face jail time should he return on the premise that he had violated a previous probation (The Moscow Times). The European Court of Human Rights claims that Navalny had been unfairly convicted for the prior Yves Rocher case (rferl.org). Upon Navalny’s return to Moscow, he was detained, and on Jan. 18, the court decision ordered Navalny’s detention until Feb. 15. Another hearing was required to determine whether Navalny must serve jail time for violating his parole. Navalny called his followers to the streets, saying, “Do not be silent. Resist. Take to the streets — not for me, but for you” (The Moscow Times).

Protests sparked in response on Jan. 23, 2021. People from every city across Russia began protesting en masse to show support for Navalny, their own political freedoms and to stand up to the political corruption perceived in Putin and his government. Protesters have been met with riot police that have detained, arrested and assaulted an uncountable number of them. Recent estimations of arrests number about 5,000 between Jan. 30 and 31, despite the current protest ban (DK, Jan. 31, 2021). Protest art collective, Pussy Riot has been aiding in the release of Putin’s political critic since his arrest on Jan. 17, 2021. They have joined in discussion and protest and have accelerated the release of their newest song, “RAGE,” to put pressure on the Russian government to release Navalny and all political prisoners. There are currently two members of Pussy Riot who are detained and facing five years in prison (USNews, Jan. 29, 2021). Moreover, reporters and journalists covering the Navalny protests are facing jail time and abuses from the Russian police force in an attempt to suppress the mass of information being shared about the reasons of and reactions to the political upheaval. Over 120 journalists were arrested between Jan. 30 and 31, 2021 (Trade Union of Journalists and Media Workers, Feb. 1, 2021). Protests are likely to continue until Navalny’s release.

Just days ago, on Feb. 2, 2021, the Moscow court decided that Navalny should serve a three-and-a-half-year prison sentence.