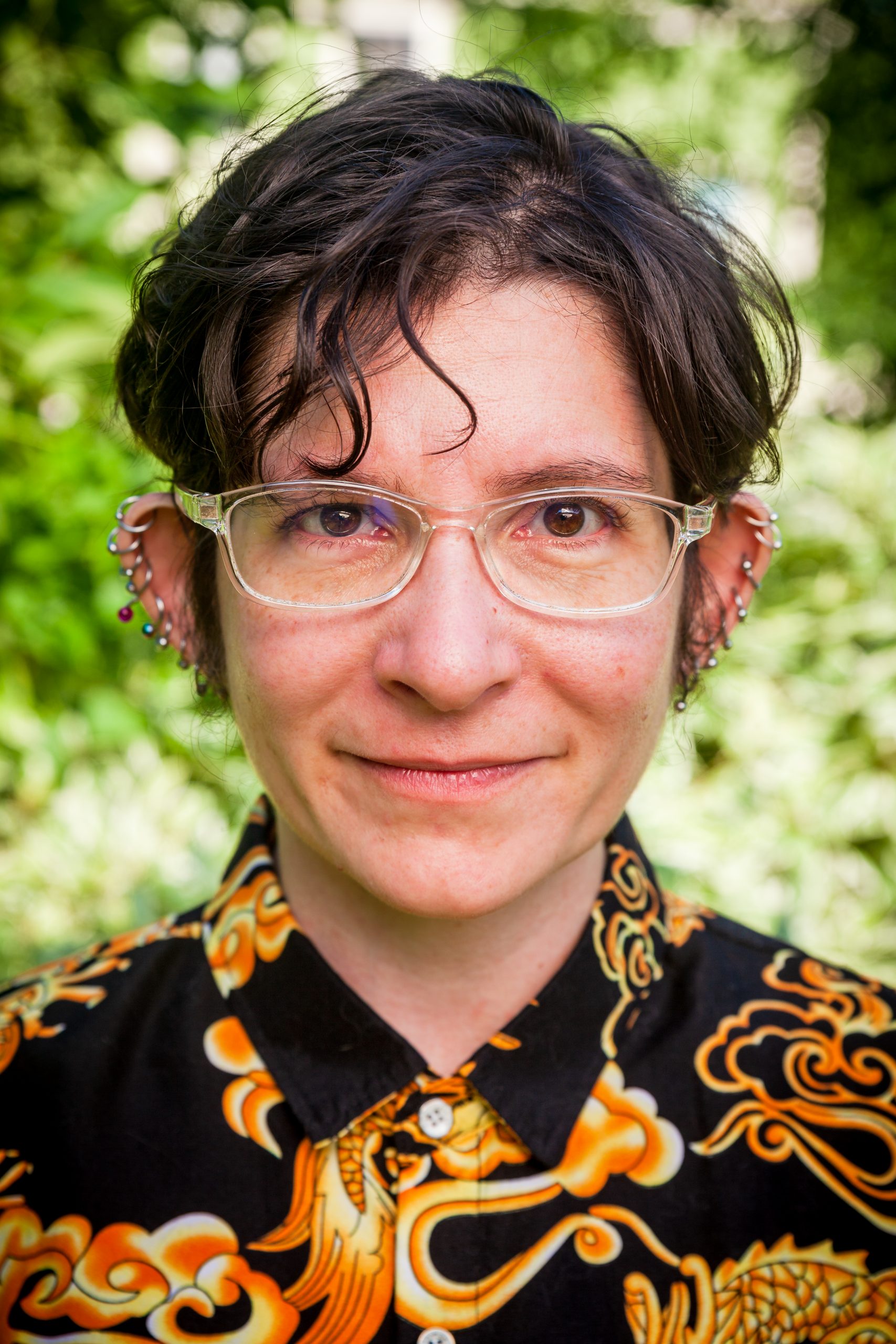 Appleton Common Council member Vered Meltzer ‘04, from District 2, is the first openly transgender person to hold elected office in the state of Wisconsin. He was elected in 2014 and ran unopposed in the April 5, 2022 election.

As a council member, Meltzer serves on the Utilities Committee, the Finance Committee and the Board of Health. He is proud of his record as chair of the Utilities Committee, promoting the use of gases produced by food and waste as an energy source and getting the proper permits for Appleton to move forward with a biosolids composting program. He has also worked with the Board of Health to support the coordination of COVID-19 vaccines, testing and tracing, which he believes saved lives.

“I think our death toll was much lower than it could have been,” said Meltzer.

Meltzer is also proud of defending the Diversity and Inclusion Coordinator position from being defunded and working with council members Alex Schultz and Denise Fenton on creating the Taskforce on Resiliency, Climate Mitigation and Adaptation, which released a Climate Action Plan Proposal in December 2021.

Outside of the city council, Meltzer serves on the board of directors of Rainbow Over Wisconsin, which puts on the main pride event in Northeast Wisconsin every year, and volunteers with Diverse and Resilient, an organization in Wisconsin that fights violence against queer people and has an office in Appleton. He worked with council member-elect and Assistant Professor of Biology at Lawrence Israel Del Toro on No Mow May, which delays lawn height enforcement until June 1, promoting pollinator activity, and is also the former treasurer of Marigold Mile, which is a volunteer effort to plant marigolds mainly along Oneida Street.

Meltzer is Jewish as well as being transgender, and talked about how these identities influenced him, recalling how learning about the Holocaust and growing up as a queer person gave him a feeling of the injustices in the world.

“I grew up with a sense that there are things that are broken,” said Meltzer.

As one of a small handful of transgender elected officials, Meltzer understands the importance of electing people from different backgrounds. He feels that being from a marginalized community gives him awareness and education about what it’s like to be oppressed, and he added that those who have lived sheltered lives can’t represent diverse groups of people. Specifically, he feels that it is important to have transgender people in public office.

As a Lawrence graduate, Meltzer feels that his alma mater needs to do a better job supporting transgender and nonbinary students.

“It’s very disappointing that this continues to be an issue,” said Meltzer. “The issue has to be somewhere in the administration because it’s not in the technology. This is egregious.”

Meltzer also discussed the growing number of anti-LGBTQ+ laws being passed in various states; he did not feel that the individuals promoting these bills deserve a response, but wants others to understand that they are terrorizing families.

Although he’s angry about these bills, he feels hopeful seeing children in the United States standing up against them. It is his strong belief that social media and the internet have influenced younger generations to be more in tune to injustices. He feels that Generation Z is compassionate, tolerant and will make the world a better place.

“The world will get better,” said Meltzer. “How bad it is now is just the exciting dragon we get to vanquish.”

He also feels hopeful seeing unionization in the private sector in the wake of the public sector union-busting done by people like former Wisconsin Governor Scott Walker, who, according to CNN reporter Lydia DePillis, targeted unions during his three terms as governor. Meltzer praised the Lawrence students who are fighting for higher wages, recalling being paid $6.25 an hour, about $10 adjusted for 2022, as a student worker.

Meltzer graduated from Lawrence in 2004 with a major in philosophy, which he believes has helped him understand and articulate the problems facing our world. As a religious studies minor, societal systems are a key area of his attention, with a particular focus on the impact of Christian institutions, which he believes have played a role in spreading hate.

“So many Christian institutions are not remotely Christ-like,” said Meltzer. “Anything that has to do with hatred…is not godly. There is not a single perspective of God out there that endorses hate.”

Although he criticizes the religious establishment, Meltzer is a spiritual person who practices Daoism, considers himself a mystic and believes in tikkun olam, the Jewish concept of making the world a better place before you die.

Although he feels there are a lot of issues in the world, Meltzer emphasized his optimism for the future throughout the interview.

“An unsustainable system cannot maintain,” said Meltzer. “It will be over sooner or later.”