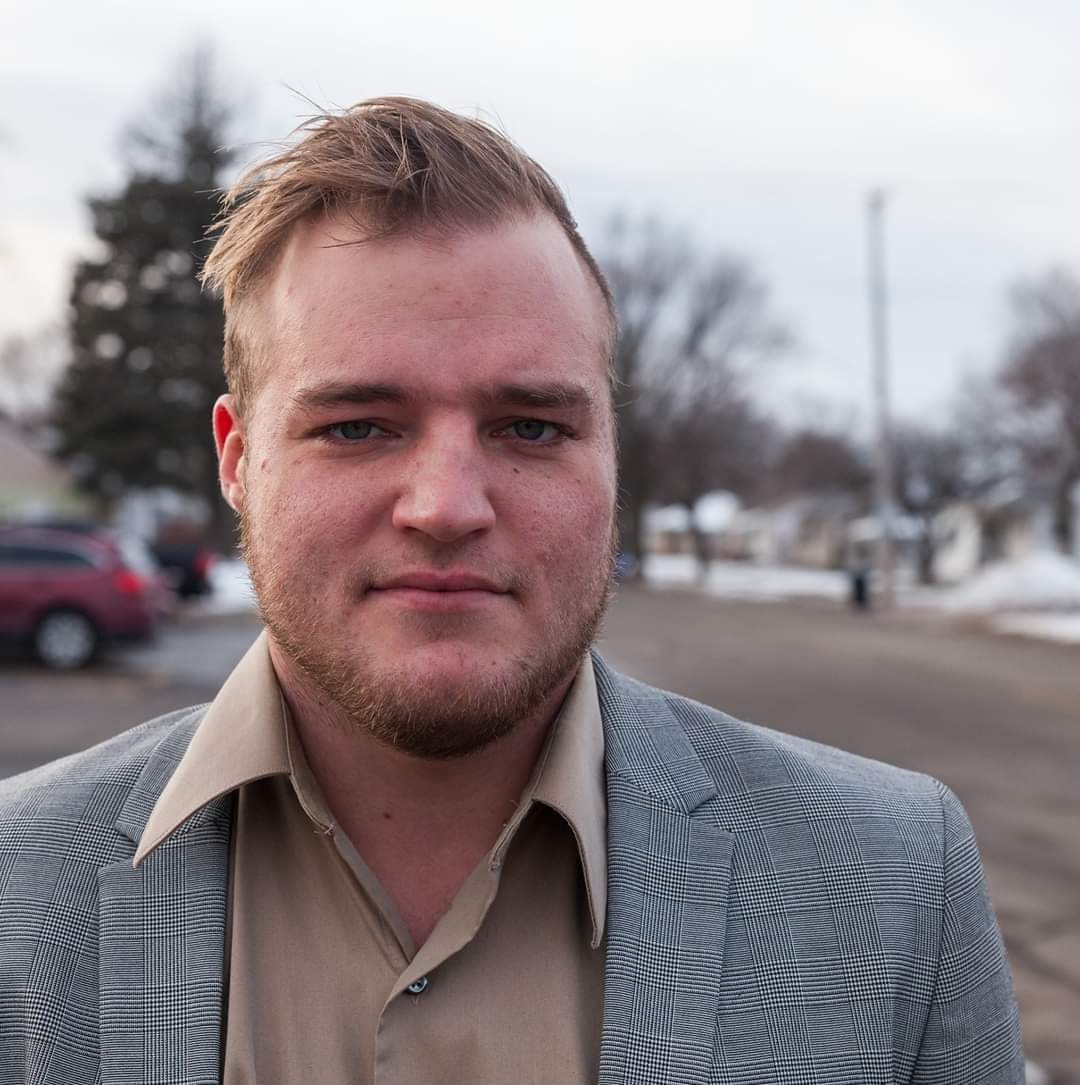 Alderperson Nate Wolff, from the 12th District, considers himself an activist as well as a politician. Wolff’s main issues are equality and the environment.

Wolff was first elected in April 2020 as an openly queer member of the Appleton Common Council. The first time he ran, he challenged a 16-year incumbent and came within 23 votes of winning, in a district that voted for former President Donald Trump by a 20 point majority in 2016. He was inspired to run after he saw someone on TV encouraging those who care about their communities to run, even if they don’t have a lot of experience. Before running, Wolff worked several day jobs and attended Fox Valley Technical College, where he majored in criminal justice.

Growing up without a father gave Wolff a variety of negative and positive experiences; that traumatic childhood helped form the person he is today. He feels that his negative childhood experiences have helped to better shape his judgment as an adult.

As an activist and politician, Wolff feels that politics is often too slow to act on the causes he’d like to advance.

“I’ve done more as an activist than I have as an [alderperson] for equality,” Wolff said.

Wolff added that a lot of Appleton’s problems, such as police misconduct, come from state statutes and can’t be changed by the city. He mentioned, for example, that the Appleton police officer who shot and killed Jimmie Sanders, an unarmed Black man breaking up a bar fight, technically acted within the law. Wisconsin state laws must change in order to ensure that this doesn’t happen again, Wolff stated.

As an activist, Wolff co-founded National Coming Out Day Appleton with Professor of Gender Studies and newly appointed Affinity Coordinator Helen Boyd Kramer, which puts rainbow flags on Appleton’s major arterial roads every National Coming Out Day. Wolff also mentioned protesting an individual who held up a homophobic sign and called members of the council f***ots over the approval of the Bird Scooter program, as well as protesting Chick-fil-A. Additionally, Wolff petitioned the city to address the opioid crisis and worked to ban conversion therapy. Conversion therapy is a form of “therapy” in which queer children are convinced they can stop being queer and pressured to stop; Council President Katie Van Zeeland characterized it as child abuse.

Wolff feels that issues of discrimination have significantly improved in Appleton and pointed out that the people who drive by and harass Lawrence students with slurs are often not from Appleton, but drive in from Hortonville, 15 minutes away. He feels that by building bridges and community, we can combat racism and discrimination.

Although Wolff has not always been an environmentalist, he is now focused on finding cost-effective ways to make the city more environmentally friendly. He added that he will always listen to the climate scientists instead of assuming he knows best. Wolff also brought up Appleton’s roads, mentioning that the road system in Appleton “sucks” but that he and others have been working on redesigning it to make it more friendly for non-car travel, which lowers emissions. Road redesign is a very long-term project and in the short term, we’re stuck with what we have, Wolff acknowledged.

Wolff has worked with Alderpersons Vered Meltzer, Denise Fenton, Israel Del Toro, Kristin Alfheim, Vaya Jones, Alex Schultz and Joss Thyssen, who are members of the more progressive side of the council. He added that he worked with Mayor Jake Woodford to make Appleton a more queer-friendly city. Wolff added that he respects alderperson Bill Siebers, who is more conservative than Wolff but whom he believes is able to look at issues through a nonpartisan lens. However, Wolff feels that other conservative alderpersons are just partisan. He feels that if the staunch conservatives on the council were truly concerned about their constituents, some of their votes would align with the more progressive side, but they don’t.

Outside of the council, Wolff has worked with members of the Lawrence community, including Kramer and a variety of Lawrence students. He added that he enjoys working with Lawrence students and encouraged students to get more involved.

As someone who’s concerned about climate change, Wolff is frustrated with how slow progress is moving on the issue.

“It is pretty dire, we have people in Washington who won’t be alive for [the disastrous impacts of climate change],” Wolff said. “They seemingly don’t do anything because it’s not going to affect them…frankly they clearly don’t think about us and can’t relate to us.”

Although the situation is dire, Wolff encouraged young people to dedicate time to this important issue. He feels that taking small actions to make our communities more sustainable gives us hope, and that if everyone takes these little actions, the future becomes more and more possible.