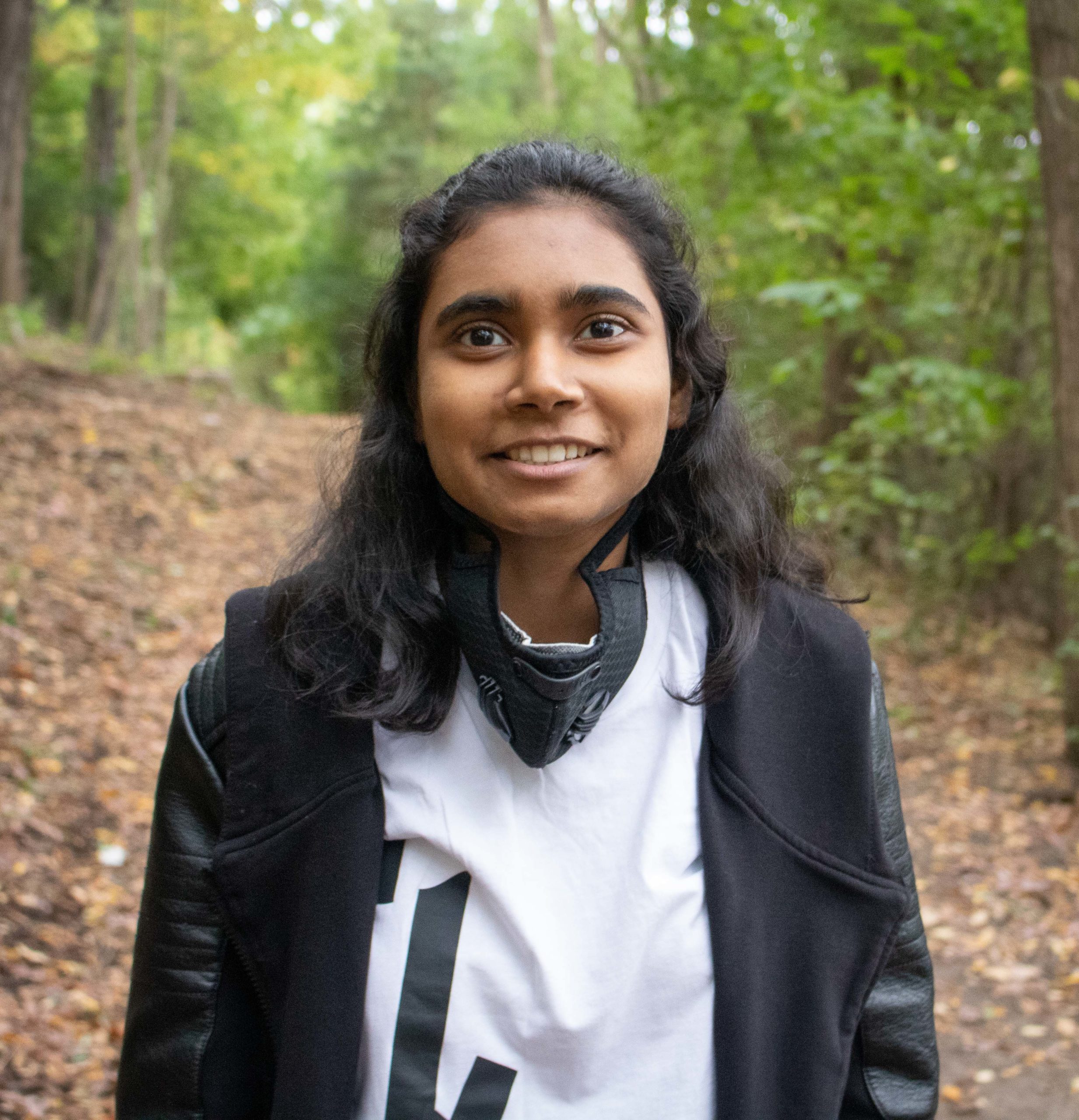 Not confined by check boxes, sophomore Raisa Fatima gives her perspective as a student who doesn’t need labels to appreciate her identity. She has lived in Bangladesh, Italy, Switzerland, India, Jordan and the United States, so her experience is anything but boring. When asked about how she defines groups she belongs to, Fatima commented that people should be vigilant about not grouping people together into stereotypes. Although some characteristics might be present in some groups, that does not mean that everyone in that group, ethnicity or identity are the same or share those traits. She gave an example about her identities as a South Asian foreigner to the United States. She said, “[Asian people] are assumed to always get good grades. Even statistics [about Asian immigrants in the U.S.] have shown this.” Fatima continued, “We have certain shared characteristics, but when you start unpacking this, you learn that when they came to America, they had to make it. The safest way to [make it] as an immigrant is to do well in school and in the workplace.” Fatima then went on to explain that the pressures of major and career choice are passed on to her to make sure she succeeds in an American university. She explained that parents and loved ones do this “because, as immigrants, money was a problem.”

Fatima argued that the shared characteristics of groups that turn into stereotypes come from somewhere — that there is a reason behind them —, and we must be willing to unpack and understand why those stereotypes exist. She posed a hypothetical question as an example: “Do you know why African Americans supposedly love fried chicken and watermelon? There’s an answer to that, but we have to be willing to understand their story.” She continued, “We [have] got to be careful about characteristics and patterns [we attribute to others] and unpack them to make sure they don’t become stereotypes.”

“People have multiple identities.” Fatima touched on the complexity of why stereotypes are useless. She explained, “Even if it’s a straight white male, those are still multiple identities. Some people juggle them very nicely [in society], but for me, I will only put a label to myself if specifically asked for it.” Fatima discussed her background as a child of diplomats and her experiences of moving from country to country and living in Switzerland from fourth to tenth grade. During her formative years, she did not live in her home country of Bangladesh. “My passport says I’m Bangladeshi. My family raised me Muslim. I speak Bangla. I want to celebrate the cultural aspects of being Muslim.” Fatima continued, “I could technically call myself European or Bangladeshi-Swiss because of the years that I spent in Switzerland are as much as part of my identity.” She then commented on how she will still receive backlash about not fitting entirely into one group or another, that someone will always seek to exclude her for her differences. From her experience, she noted that this is a striking similarity between eastern and western cultures; they both have a rigid idea of identity and belongingness despite their internal diversity. You have to choose. Fatima does not agree.

“[For me], identity is not even the right word. ‘Connected’ makes more sense to me,” Fatima said. She talked about how she pulls parts and pieces of different things that others might call an identity. Some things she will always be connected to whether she likes them or not, but she also gets to pull the best from her experiences. “My approach, personally, is this collection of things that are mis-matched and sometimes they conflict,” Fatima commented. “Both caring and not caring about [the definition of] my identity is funny. I think it’s ironic that that can exist in me.” On group membership, Fatima explained, “It’s extremely small. I’m a foreigner everywhere I go and not just with national identities. My belongingness exists out of spite sometimes.” Fatima described her hometown of Dhaka, the capital of Bangladesh, as not having an Instagram filter over its raw and often dirty existence; however, it has great potential. Its residents have hopes and dreams that deserve to be realized. She related that to how her self-concept has to exist in the same way.

“I belong to multiple groups and I don’t belong to all of them at the same time in every context. I am the Schrodinger’s cat of identities so to speak,” Fatima quipped. Since groups are so stereotyped,  we often fail to recognize the diversity and polarity within single groups — another issue Fatima pointed out when listing some of her most relatable subcultures. Even then, the public may only ever fixate on one of these stereotypes, and it becomes very negatively viewed. Fatima gave the example of the conservative Muslim stereotype that is often regarded as what a terrorist looks like in America. She reasoned, “Obviously not everyone is like that.”

“In short, if I had to call myself anything, it would be an ‘international international student,’” Fatima explained. “In fact, there is only one other person on campus that I know [who] shares my identity most closely. I mean, my identity is literally me,” she continued. “How I perceive myself and my group [membership] is often based on the context and people around me. Sometimes I have more flexibility and at other times it can be a coping mechanism. […] I am [the culmination of] this mish-mash of identities,” she concluded. “If you want to understand me, know that I am not one thing. I am several different things. Sometimes those things are contradictory, but I live within a world of contradictions and I’ve made connections. Please understand. Please be open. Don’t be afraid to ask questions and be curious.”

Photo by Dani Massey Subculture on Main strives to raise awareness of the diversity of people and important issues on the Lawrence University campus. Care is taken to give equal platform to unique individuals and to listen to their stories with an open mind. Interviews are reflective only of the interviewee, not of their whole…