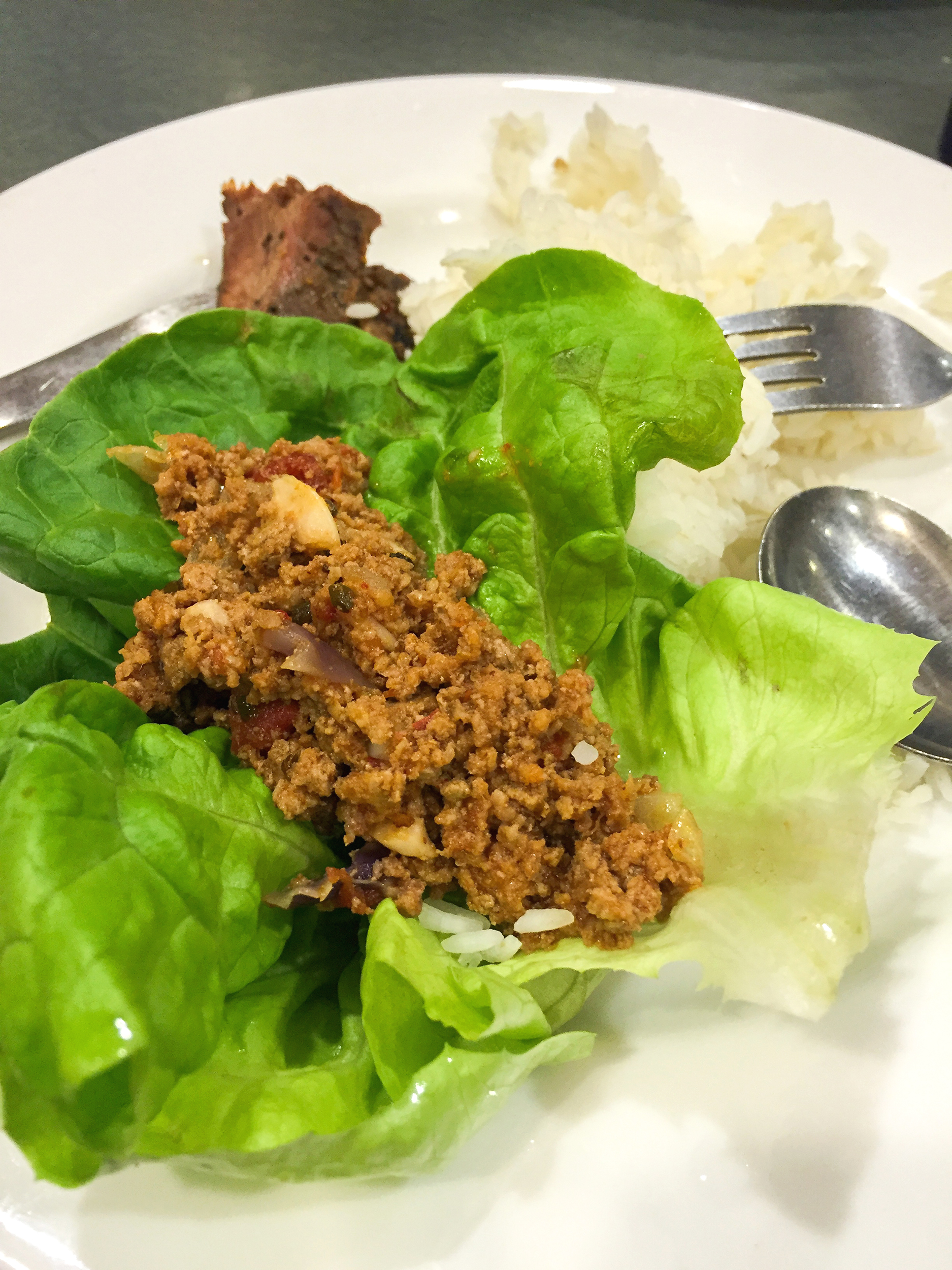 Recent changes made by Lawrence University’s dining service Bon Appétit—such as the infrequency of the omelet station, fewer fruit options and the introduction of the infamous clamshell—have received mixed reviews from the student body. However, a long-standing issue that has not been talked about much is the Andrew’s Global Market station that features an array of dishes from other cultures and countries in the commons. Despite the effort and possibly good intentions behind these dishes, Bon Appétit still has some room for improvement.

The Andrew’s Global Market station usually features various Asian dishes every day, adding more options for students during meal time. Many students, especially those from other countries, appreciate the availability of Asian food options. According to sophomore Mengxuan Wang from China, the occasional Chinese dishes “give [her] comfort when [she is] so far away from home.” She also added, “Even though a lot of times the Asian food [Bon Appétit] makes tastes really weird, I do appreciate their effort.”

It is unavoidable that most Asian dishes recreated at Lawrence would not be authentic due to lack of proper ingredients and techniques as present in the original cuisines. As pointed out by senior Sophia Wang from China, authenticity—especially in food—is a very nebulous and subjective concept, as it is impossible to recreate a dish exactly as it exists in another country.

“Giving food authentic names when they are not that authentic happens everywhere in the world, not just Bon Appétit,” said Wang. “To reach [a high] level of authenticity is not realistic for the population that Bon Appétit is serving or for the cooks,” she said.

However, sometimes, the dishes served bear little to no resemblance in appearance and taste to their authentic counterparts, causing not only confusion but also frustration among international students.

Korean freshman Wonwoon Oh recounted her disappointment when she saw kimchi listed on the menu and got something completely different at dinner. “If they are going to use the authentic names [of] Asian foods, I think they need to try their best,” said Oh. “I think [what they are doing] is great, but I wish [they could] be more accurate when making food.”

In my personal experience as a Vietnamese student, there are dishes that are claimed to be Vietnamese, but neither my Vietnamese peers nor I have ever heard of them before. One such example is the so-called Vietnamese turkey lettuce wraps that puzzled many of us, as no one really eats turkey in Vietnam. A quick internet search would show that this dish might have been Asian, but definitely not Vietnamese. Such dishes not only create frustration, but also misunderstanding among anyone who is not familiar with Vietnamese cuisine.

This is not the first time that Bon Appétit Management Company has struggled with their attempt at Asian food. In November of 2015, a group of Chinese, South Asian and Vietnamese students at Oberlin College raised their concerns with Bon Appétit—also their dining service—about the cultural appropriation in making traditional Asian dishes. Since then, there has been a meeting between Bon Appétit representatives and the students at Oberlin. However, the results from the meeting are unclear.

Here at Lawrence, it is worth noting that Bon Appétit has really put in effort to accurately represent different cultures’ cuisines, such as asking student workers for recipes from their home countries. Nevertheless, when the lack of ingredients and other necessities for these dishes is an inevitable problem, there has to be a better measure than trying to recreate with substitution and failing.

According to some students, it might be better if the dishes are served without mentioning a country or culture, and simply indicating the key ingredients. Even if there are still some drawbacks with this strategy, it could be the more appropriate thing to do.

Although this is a difficult task for Bon Appétit, it is still important to have this discussion. I look forward to more actions taken by Bon Appétit in collaboration with the student body for better representation of the different cultures here at Lawrence.

Recent changes made by Lawrence University’s dining service Bon Appétit—such as the infrequency of the omelet station, fewer fruit options and the introduction of the infamous clamshell—have received mixed reviews from the student body. However, a long-standing issue that has not been talked about much is the Andrew’s Global Market station that features an array…