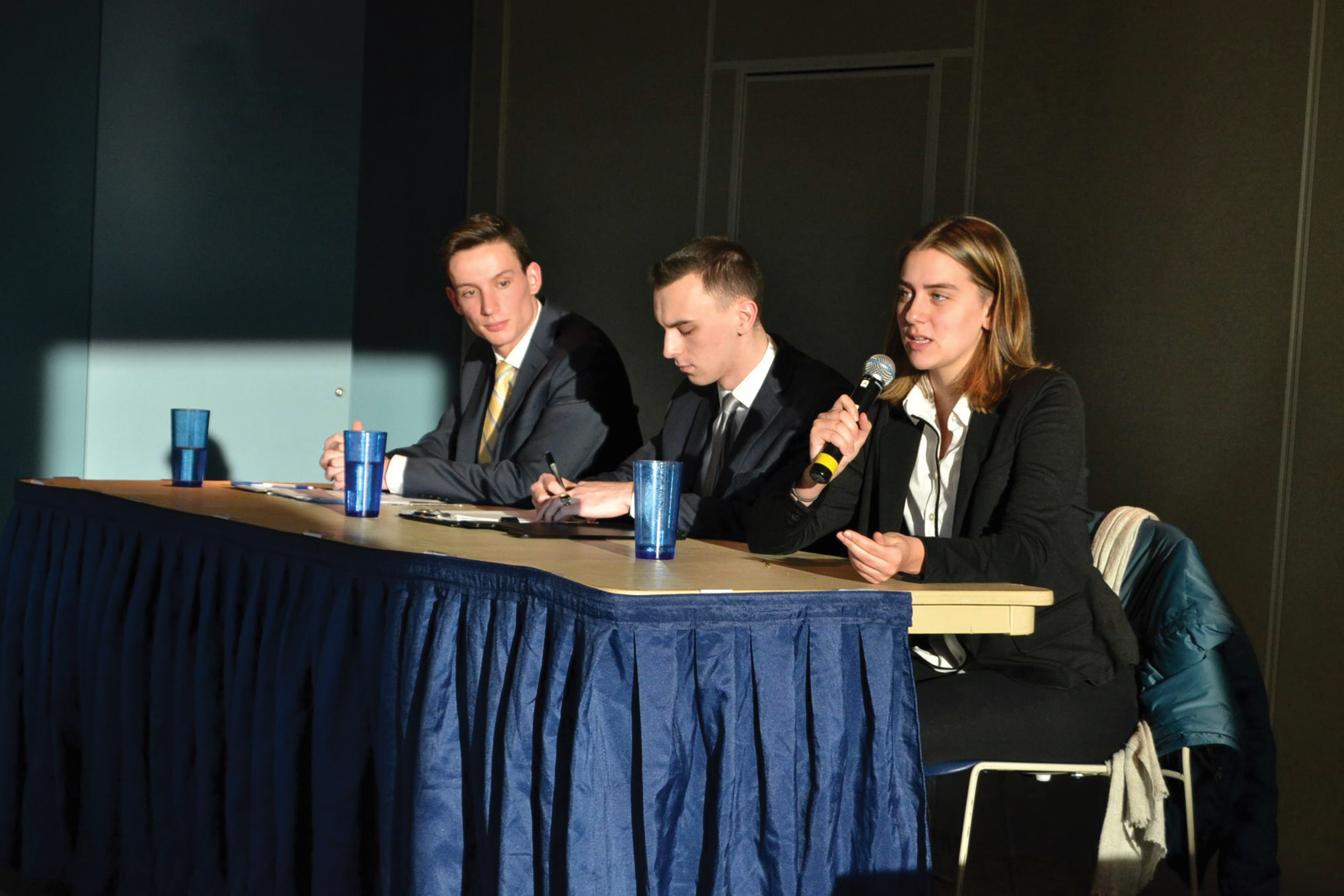 At 3 p.m. on Jan. 14 in the Mead Witter room, the 2017 LUCC Executive Election Debate provided candidates an outlet for discussion. Junior Lewis Berger and Dan Thomas-Commins ran for the presidency, and junior Naomi Oster was the only candidate for Vice President.

Berger is a co-chair of the LUCC Athletics Conservatory Engagement Committee, is the Fair Housing Program Coordinator at the Volunteer and Community Service Center, is the student representative for the Class of 2018 as well as on the development committee both for the LUAA Board of Directors, is a MARS member and has helped be a CODA facilitator. In pursuing to fulfill the position of LUCC President, he hopes to channel his experience in both organizing and directing on-campus programs into improving the campus.

“I will use the position as president to push for effective change in the issues I am most passionate about: social justice, community engagement and inclusion,” Berger emphasized. He also reminded The Lawrentian readers to “discuss the election, discuss the candidates and discuss the ideas with fellow Lawrentians before voting.”

Thomas-Commins highlighted his passion for this election. He is the Vice President of GLOW, is Chair of the Residence Life Committee, and is involved in the Student Welfare Committee, CODA, MARS and SAASHA. He is engaged in diverse activities closely related to achieving social justice on campus.

While he acknowledged that “every candidate believes in the values of social justice and inclusion,” Thomas-Commins emphasized his specific want “to bring the fight to the obstacles in our way of achieving our vision.” He also expressed his trust in his friends and colleagues for “take[ing] this fight with [him] to the presidency.”

Junior Naomi Oster similarly remained enthusiastic about the opportunities and challenges associated with the vice presidency. She is the vice-chair of SAASHA, is a student representative on SHARE, is a MARS member and participates in CODA meetings. She equally believes in the values of social justice and inclusion of every student on campus and presented her specific goals to maintain those core values.

During the debate, the candidates stressed the values of social justice and inclusion. Berger and Thomas-Commins revealed their hopeful ambitions of making everyone’s voice be heard. Oster also agreed facilitating communication across the campus is important and encouraged everyone to speak up in decision-making processes through SAASHA and other student organizations.

On the question of describing Lawrence culture, all three candidates agreed on the “hardworking students” predominating the campus scene.

Berger said, “[Lawrence students are] focused, hardworking, committing and caring.” He also illustrated how he has witnessed many different students cooperating to improve the community and pushing forward their common goals.

“Extremely hardworking students,” answered Thomas-Commins, as well. He also encouraged students to make good connections outside the community and share their inspiring ideas in real life.

Oster distinguished Lawrence students as “stressed-out and giving.” She believes that most of them are “willing to give their time and energy to something they think is worthy.”

After answering the moderators’ question, candidates responded to other two students’ questions and ended the discussion with five words to describe their mission.

Sophomore and LUCC General Secretary Madi Gardner agreed. “I was also impressed with the candidates. It’s really cool that this year all three of them are actually currently part of LUCC,” she said. “It’s really interesting to hear their perspectives, already knowing how LUCC works.”

The presidential election took place this Tuesday from 10 a.m.-8 p.m. in Warch Campus Center and Conservatory of Music. With the final outcome of the election, Berger has been named LUCC President and Oster LUCC Vice President.